On Saturday, I went to the Red Bull Flugtag in Miami. This is an event where teams construct powerless planes and then try to ‘fly’ them off a ramp into the bay. Like most things in Miami, the planes are big on flair and short on actual substance—engineering or otherwise. Let’s just say that most of the planes flopped over the side of the ramp and immediately fell into the ocean breaking into dozens of pieces. That’s just as well—I was there for the crashes—so were nearly a hundred thousand other spectators. 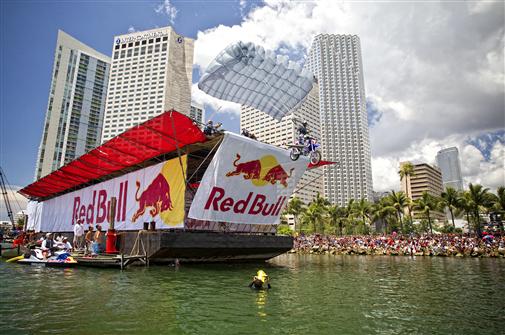 Was it enjoyable? Sure—even if it was over 100 humid Miami degrees. Would I go next time? Probably. Will I drink more Red Bull because of it? Unlikely. If I have one in a month—it’s been a very long month. Will I forever associate Red Bull with irreverent and silly fun? Absolutely.  Was the money spent by Red Bull on this event a good return on capital? It depends on how you think about it.

While waiting for planes to ‘launch’ I drank my weight in fluids—or tried to. While waiting in line for slow beverage service—it is Miami of course—I did the numbers. If each booth sold 5 Red Bulls a minute, they’ve sold 300 an hour and 1,500 for the event. At a $2 profit, they made $3,000. There were about a half dozen booths. Maybe they made $20,000 on Red Bull sales and probably about the same in beer sales for the event. There’s no way they could have possibly made money on the event. They spent more than that each day for a month on advertising. How much did it cost to rent Bayfront Park? What about the police? The event staff? The Red Bull girls? They clearly lost money on this event. They likely lost millions on it. They weren’t trying to earn a profit. The event was a very classy form of advertising. If I ever fly a cardboard plane off a pier, I’ll be thinking Red Bull and be praying for my ‘wiiings.’ 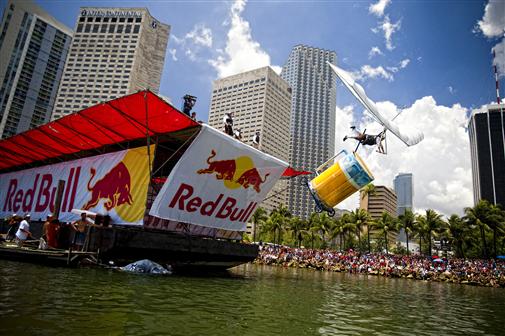 If Red Bull were public, the company would be focused on maximizing quarterly earnings. Employee stock options aren’t worth the same unless you can beat earnings estimate by a penny. How can you justify to shareholders that you missed earnings because you wanted to drink beer and crash fake planes? Is that a pro-forma expense to be ignored? No—it is very real. It is the cost of building a real brand. I cannot tell you why Red Bull outsells Monster energy or why they stopped making Surge. They all taste about the same to me. However, somewhere in the Flugtags and eclectic skate board challenges, Red Bull found that magic formula.

This is incidentally the reason that I like smaller companies so much better than large corporate ones. Small companies don’t try to beat earnings by a penny. In a lot of cases, there aren’t even earnings estimates to beat. Managements are focused on building a real business because they have a big stake in them. They make long term decisions and ignore what they do to quarterly earnings. That is how a business should be run.

Red Bull is a private company, but I guarantee you that Flugtag does not show up anywhere on the balance sheet. Millions were spent and the money is gone. There is no asset named Flugtag. However, it is there—you just cannot see it. Corporate branding is a powerful tool. It has value.  As investors, we tend to ignore it too often. We tend to ignore a lot of things that don’t show up on the balance sheet or income statement. 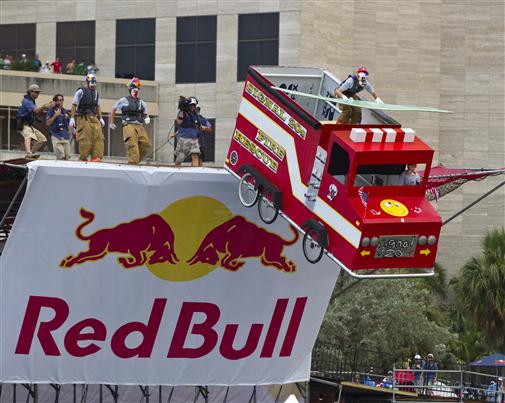 I think it is time that investors focus more on the ephemeral and less time on the strictly tangible. It is time that we focus more on ‘economic earnings’ and less on GAAP earnings. GAAP earnings are too easily manipulated by aggressive management teams. My experience is that at times, GAAP measures have little bearing on real growth in corporate value. It’s the nuance that matters. Let’s look at an example that I have spoken about before.

Energold (EGD: Canada) operates drilling rigs for mining companies. In the most recent quarter, the company reported a loss. The stock was punished for this loss. When you analyze things a bit, you realize that all of that loss and then some was the result of an increase in demand. When a rig is not being used, the crews are sent home and the rig is stored. When a contract comes in, the crews have to be re-hired and moved to the job-site with the rig. Normally, this is a recurring process over time as rigs are constantly being mobilized. There is an expense of $50,000-$100,000 a rig for mobilization—it’s built into the total cost of a drilling contract—however the loss portion is realized first, before the revenue is. Normally, you cannot see the mobilization cost in the income statement. Each quarter, only so many rigs are mobilized and there’s plenty of revenue from operating rigs to drown out the mobilization costs. However, when you go from half utilization to nearly full utilization, this expense shows up. This is exactly what happened in Q1 of 2010. It is proof that demand is finally returning. Stunningly, the shares were hit as investors only paid attention to the loss—not the reason why. Business is returning—the shares should have gone up.

Accounting is very pliable. Let’s say you sign a drilling contract for a year. I’m sure you can create a book entry called capitalized mobilization cost. Then you can amortize that cost over the twelve months of the contract. It would do a lot to smooth earnings. It’s the way a lot of larger businesses keep their books—they do anything possible to smooth things out and defer expenses. There is no ‘correct’ way to treat expenses. It is the reason that accounting is so varied even amongst companies in the same industry. Energold chose to do it this way—a way that penalized them. In effect, a bunch of little flutags showed up in the income statement this quarter. It’s an expense today to build real earnings in the next few quarters. 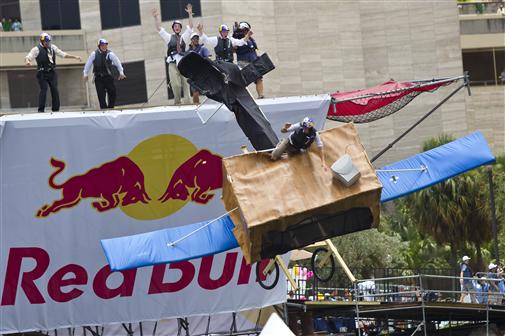 You see the same thing over and over in small cap land. Management teams have no desire to confound investors with fancy accounting, so they tell you how it is and let you figure out how to account for it. They’re building real businesses rather than stock promotion machines. You need to appreciate this before understanding little companies. The earnings are far more volatile. The businesses are more unpredictable to begin with—then you need to add in the fact that earnings are not smoothed out. Finally, the reported GAAP earnings often understate the true ‘economic earnings’ of the business. You don’t value the flugtag on the balance sheet. You likely even penalize the company on the earnings statement for the added expense of a flugtag. However, there’s a positive value—it’s there—it’s the reason that Red Bull outsells all other energy drinks.

Is Red Bull getting full value for their flugtag? They wouldn’t keep doing it if they didn’t think so. They’re private—they don’t have to care about how this impacts their earnings multiple. They can focus on the long term and ignore this short term expense. I guarantee you, when the business is eventually sold or IPO’d, they’ll put some lipstick on things and the flugtag will be cancelled that year. It’s truly a shame. It will slow the growth of the business. That’s not the way things should be—yet investors will gladly pay more for a business that the bankers have decided to slow.

As investors we need to be more patient. We need to ignore the fluctuations and expenses involved in growing a business. We need to focus more on the business itself. We have to stop penalizing a company for a bad quarter. Does it make sense that a company can miss earning by a few percent and then have the stock drop in value by five times the magnitude of the earnings miss? A company’s fair value just doesn’t change that rapidly—nor should it be that dependant on a single quarter worth of earnings.  It takes time to properly analyze a business. You cannot just eyeball some spreadsheet compiled by Bloomberg. The actual numbers often don’t matter as much as the reason why.  It takes time to figure out why things are doing what they are. Investing isn’t supposed to be easy. It takes hard work. Too many people penalize a company like Energold for growing fast and then they give a free pass to a boring mature business trying to maximize this quarter’s earnings at the cost of long term shareholder value. If they cancel the flugtag so that earnings increase one year—is the business worth more or less in the long run? It’s long term growth in ‘economic earnings’ that matter—not the next data point on the way. Stop focusing on the short term. 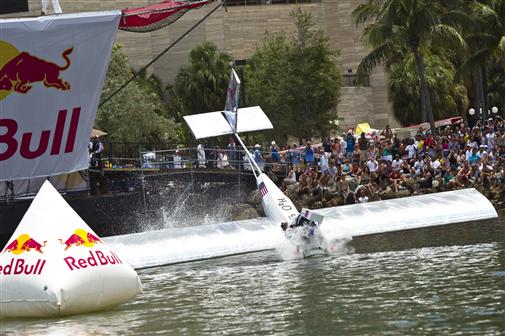 Disclosure: My partnership owns shares of Energold. We may buy or sell them without further notice.