A few years back, on a trip to some Third World nation, I remember asking a successful businessman why more small businesses are not public. His response was sublime. “I keep two sets of books—one for the government and a real one for myself. I am not showing anyone the real books. If I have shareholders, what will I show them? I will never get fair value for my business if I show them the fake numbers.” Welcome to the black market.

Let’s face it, no one enjoys paying taxes. In many countries, you have a bifurcation. Large companies can use their clout with the government to get special exemptions from various taxes and regulations. As long as the campaign contribution is smaller than the tax, most companies pay it. Smaller companies are less fortunate. They cannot afford protection and so they chose to operate more in the shadows. They do not report certain income and they over-report expenses. In some countries, this is so prevalent that it has become an ‘accepted’ practice.

In many countries, avoiding taxes and stupid regulations is just part of doing business. How can you blame them? The danger is that this limits the ability of these companies to access the capital markets for debt and particularly for equity funding. Without growth capital, there is no growth in your economy. Even worse, many of these companies take their unreported profits and deposit them in overseas banks out of the reach of the taxing authority—which further stymies growth. No country wants to create a black market—it forms naturally out of desperation because of bad governance. Businessmen rarely want to do business in the shadows as there are hidden costs to this sort of business—however, sometimes they have no choice. 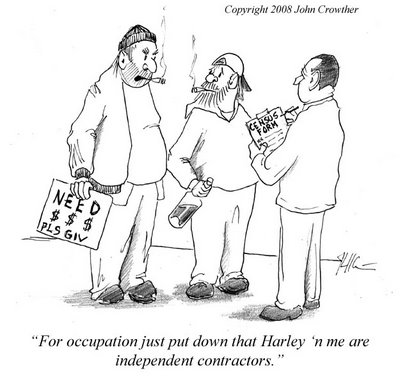 Large companies can pay for lobbyist to protect them. Smaller companies are stuck. They can follow asinine rules, or they can ignore the rules. What do you think they will do? Currently in America, it’s better to be honest, but there is a tipping point. I’m scared that we are nearing that point in time, along with the consequences from it.

The more I travel, the more amazed I am at how compliant Americans seem to be when it comes to paying taxes. Many of us do not even use all our legitimate deductions. I think it comes down to a simple principle. Taxes are the cost of civilization and as Americans; we all understand that we must do our part. As long as we view our tax system as just, we grit our teeth and pay the tax. However, there does come a time when people begin to lose faith in the system and opt out. In many Third World countries, this is because the people resent paying money to corrupt politicians and stupid entitlement programs. 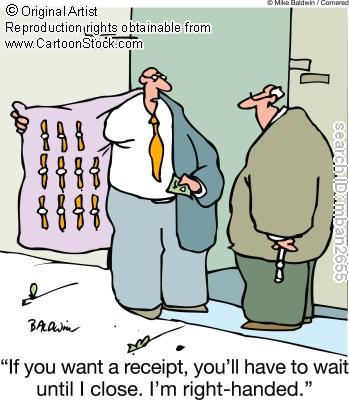 In our country, half of all citizens are now net recipients of tax revenue. No one wants to give money to a political class that is created to use the wealth created by the other half. I’ve read multiple studies that show that the vast majority of all tax revenue is now paid by just ten percent of the population. That ten percent has the money to pay excessive taxes, but will they continue to have the will to pay them? It’s one thing to be successful and pay more of the tax pie; it’s another thing to pay all of the pie.

I do not want to make this into a political website to debate the ‘fairness of various taxes’, but I can see the direction things are going with taxes and social programs. Every time a country has tried this sort of wealth redistribution, it has ended the same. The richest few percent take their liquid wealth overseas to avoid taxation, the next wealthiest tier made up of small businessmen join the black market and job growth disappears which hurts everyone else. You end up with a squeezing out process. Those who want to do things honestly cannot compete with those who chose to join the black market and out of desperation, everyone joins the black market. Government revenues get squeezed and the government gets more desperate for revenue to pay for whatever crazy social programs have been dreamed up. The end result is a hallowing out of the economy followed by a bankruptcy. 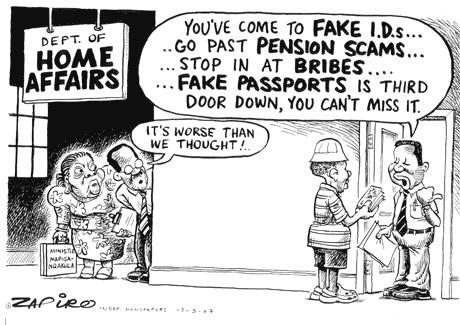 We are seeing the beginnings of this process here in America. Have you ever read the income statements of some of the largest companies in the US? Despite reporting record profits, these companies have found ways to shield their income using offshore entities and compliant congressmen. If you have a thousand employees in America and three lawyers in Ireland, are you an Irish company that should pay no taxes in the US? I find these schemes enraging because I pay my fair share of taxes as do most people I know. I’m stuck in that middle tier of small businesses that cannot escape taxes and government regulation. Will another round of investor protection aimed at hedge funds do anything but increase the expenses that I pass onto my investors? I mean, the SEC had the Madoff case spoon fed to them, but they were apparently too busy downloading reams of pornography to do anything about it.

Look at Sarbanes-Oxley as just one silly rule that does a disservice to everyone. It does absolutely nothing to stop fraud. It creates an additional level of compliance for little companies to jump through and it adds significant cost for doing business. No wonder so many companies are now listing in Canada or London to avoid this ‘tax’ on public companies in America. There are hundreds of these silly rules—every congress enacts new ones.

What does this mean for capital formation in America? If little companies decide to join the black market, they will cease to be public. They will no longer take in outside capital and the economy will not grow. We need functioning capital markets. Third World nations are mired in Third World status because their governments work against capital formation. I am not sure why our leaders are trying to do this to our country, but they are. Black markets are never good for anyone. Neither is a two tiered capital market where only the biggest most politically connected businesses have access to capital.

The more I think about what’s goin on here in America, the less inclined I am to invest my capital here. There are countries where the leadership gets it and your money is well treated. I am increasingly interested in learning about those places and investing there. It’s hard to make money in a country where the government does not respect you or want you to succeed.