There are lots of ways to look for interesting stock ideas. I have found that insider buying is one of the best indicators of future stock performance. It operates under a very simple principle. Insiders know more about their business than you do. When they think it’s a good time to buy, it usually is. In fact, it is so simple; I’m surprised that investors do not follow insiders more closely.

Insiders sell shares for all sorts of reasons. Often, it has nothing to do with fundamentals. Insiders are granted stock options all the time. It is part of pay. When these vest, they get sold. Sometimes an insider wants to enjoy the fruits of his labors and sells to buy a house or boat or send his kids to college. There are lots of reasons for stock sales. There is only one reason that insiders buy stock—they think it is going up and they want more exposure.

I have seen lots of studies on insider stock trading and these academics usually miss the mark. They think about it all wrong. If you analyze every insider transactions, the upside bias is marginal. If you segregate the transactions and think about them intelligently, you can find patterns that have value. 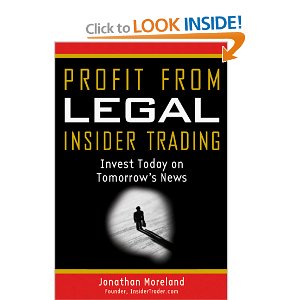 To start with, insiders are fallible—they are human after all. Sometimes, they simply make mistakes. If multiple insiders buy at the same time, it is unlikely that they are all wrong. More likely, they all see the same thing at the same time. When I see one insider buy, I find that interesting. When I see multiple buys in a few week period, I always look closer—there is probably something I need to learn about. Watch for clusters of buying.

If a board member buys a few thousand dollars worth, does it really matter? Sure, it is a vote of confidence. What I really focus on is what management thinks. No matter what, the CEO or CFO will know a lot more about the fundamentals than a board member. The management will also know a lot more about the industry and what is going on in the cycle. Occasionally, you find directors who are the ones really calling the shots. It helps to know the corporate politics of a situation, but 95% of the time, the board is hostage to the management team. It is that management team that you need to watch in terms of insider transactions.

Do small transactions matter? At smaller companies, executives are not paid well. Sometimes, a $10,000 transaction may seem small, but it is quite meaningful to that person. I think of transaction size in terms of take home salary. If an executive is making $90,000 a year, his take home salary is maybe $65,000 after taxes. After living expenses and mortgage payments, a $10,000 purchase may be ALL OF HIS DISPOSABLE INCOME for the year. That means a whole lot more than when a wealthy CEO buys $50,000 worth of stock. I am a nosy fellow. I have no problem with calling the executive up and feeling out his financial situation. These smaller transactions may actually be quite significant in terms of how confident the guy is. I always think of transaction size in terms of take home pay. Small transactions may actually be very big.

Insiders have an intuitive feel for if their shares are cheap or expensive. They watch acquisition multiples in their industry and they know how peers are valued. If their stock starts to plummet, they sometimes step up and buy on the way down. These transactions often mess up the academic studies. Insiders tend to be too early in buying and they tend to underestimate perceived problems in their industry. When you see insiders buying on new lows, it’s bullish in a longer term sense. Unfortunately, it often has little relevance in predicting stock performance in the next few quarters. Every time I have bought when insiders bought new lows, I have been too early. This is valuable for figuring out if a company is cheap—it isn’t a predictor of near term movement.

It is VERY bullish when insiders pay up. When you see insiders buying shares after a big move, it means that they think it’s still a good bargain. Even more likely, they’ve been waiting patiently for the shares to pull back. Finally out of desperation, they’ve thrown in the towel because they want more exposure. Usually, it’s because they expect big news in the near future.  Often, as that news approaches, they enter blackout periods where they cannot buy any more shares. When you see guys buy stock right before a blackout window—you can almost assume that they are trying to jump the gun on big news.

Let’s look at Andean American Gold Corp. (AAG: Canada) which should be familiar to readers of this site. In the fall of 2008, CEO John Huguet was in disbelief at the price of his shares. He started by buying 110,000 at $.27 on July 23. Three additional insiders purchased shares as they hit new lows. Remember what I said about insiders buying too soon on new lows. They underestimated the financial crisis and the fact that banks were not willing to finance anything. However, they knew their shares were cheap. This buying convinced me to add to my position. Clusters of buying are always meaningful.

After the shares began to lift, Huguet started buying again, as did other insiders. They were willing to pay up to get more exposure—that’s bullish. Huguet bought shares on May 6 at $.12. On June 17, he bought more at $.20. A new board member, Paulo Bilezikjian made some purchases before joining the company. After getting to know the company better, he became more aggressive in his purchases, and at new highs. On July 20, 2010, he purchased 875,000 shares at $.50. His personal finances are his business, but when an insider buys $437,500 worth of stock, that’s meaningful to me. His purchase in the financing at $.50 sure looked smart. A few days later, the shares were 50% higher.

Recently, Mark Zabel (corporate development) and Paulo Bilezikjian (director) have made additional purchases at $.93 and $.91 respectively. Is it bullish? It certainly isn’t bearish. Why did they buy at these prices? You’d have to ask them. It makes me feel good to know that they still think it’s a good investment. What happens next? No one knows. However, we’ve seen clusters of buying and we’ve seen insiders buying at new highs. It’s all bullish to me. 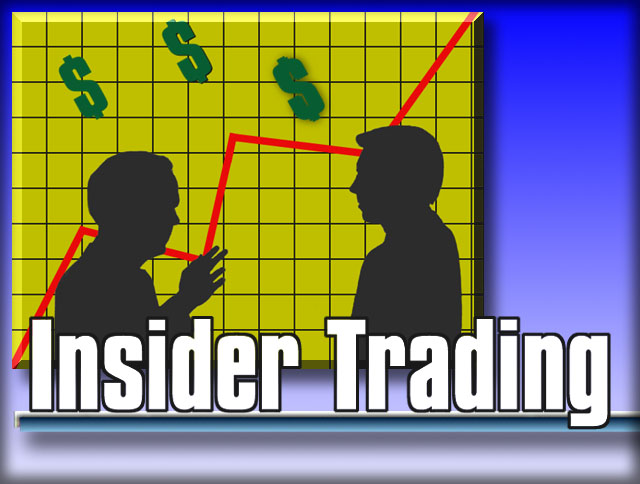 I follow the insider trading like a hawk. Each week, I scroll through the list of transactions. The first dozen or so are meaningless as they’re from big companies. I want to scroll through the little stocks that I’ve never heard of. $5,000 here and $10,000 there start to add up fast if you have multiple buyers reloading at the same company. That’s what I’m looking for. Then I try to figure out what they see that the market is missing. Sometimes, I can figure it out. Sometimes I call them up and ask them about it. If they’re still buying, they may be cagey or they may want to tell me about how their shares are cheap and the business just got a WHOLE LOT BETTER in the past month.

Usually, it’s something that only an insider would understand. Maybe it’s a large competitor who’s going bankrupt, or a sizable contract win or a new product that’s doing well. You cannot figure these things out from the financials—it is forward looking. Ignore valuation scanners. Watch what the insiders are doing. I do not know why anyone would bother with following anything else. Put it this way—if it appears cheap and insiders AREN’T buying, something is probably wrong with the business—you just haven’t figured it out yet. Watch the insiders—they’re the best indicator that I know of.

Disclosure: My partnership is long shares of Andean. We may buy or sell shares at any time.