Dead End (For Now) In Cambodia

If you want to really know what’s going on in a country, talk to the top bankers. They always know about the leading indicators both for future growth and problems. They know loan demand from expanding businesses and they know which industries are currently having trouble repaying debt. It is their job to know their clients. Bankers can be an invaluable resource. Government data is backwards looking; I want someone with a pulse on the future. With that in mind, I went to have lunch with the CEO of one of Cambodia’s largest banks. It was quite enlightening.

Me: How did your bank weather the global financial crisis?

Him: We have not had any losses.

Me: You didn’t lose money on any loans? That’s amazing!

Him: We have never had any losses.

Me: Huh? So you didn’t lose money in the aftermath of the financial crisis either?

Him: No, you don’t understand. In the decade that I have built up this bank, we have NEVER had a single loss on a loan. Sure, we’ve had loans that were delinquent, but we’ve never had to write off a loan at a loss. The bank’s owners are adamant that we never lose money on a loan. My job depends upon it.

At first, I didn’t even know what to think. Was it possible that there was a bank that had never lost money on a single loan? I looked through the audited financials. They’ve never had any charge-offs. Non-performing loans were minimal. It was stunning.

Me: How is it possible to never lose money?

Him: Even more importantly, I know my clients. We have over a thousand clients that we lend money to.  I know them all personally. Many of them have borrowed from our bank for years. I know their businesses and I visit them regularly. Far more importantly, I know their character. For me, it isn’t an issue of an ability to pay me back; it’s a desire to pay me back that is important. There is a lot of corruption in this country. For a fraction of the loan’s value, someone can get the loan cancelled by the courts. It has happened to others. It has never happened to us. We only deal with people whose character we trust.

Me: Clearly, you understand banking at a level that most American bankers will never achieve.

Busy men who spend their time checking up on their loans don’t often take hours at lunch with inquisitive American investors—especially when the bank is private, overcapitalized and with no intention of going public. After spending time educating us about banking, he wanted to ask me some questions about American banking. He was doing his own research on our banks.

Him: These American firms are trying to sell me software that shows a client’s credit score. I’ve met a few of them, but don’t understand how it works. Why would I lend someone based on a number when I can go visit his company and count his inventory if I’m worried? This software doesn’t count inventory. Why do all these banks in America use credit scores? They seem worthless. Am I missing something?

Me: I have no idea why banks use credit scores. It makes no sense. I think they’re just lazy. It’s not their money, so they don’t bother to do the in-depth work that you do. They just want a way to justify bad loans and keep their jobs when problems crop up.

Him: …but American banks got so big using it?

Me: They’re mostly insolvent now. Big isn’t good, profits are. American banks decided to get big and felt safe lending money to people they had never met. Credit scores gave them a false sense of confidence….

The conversation went on like this for a while. He wanted to know why American banks did things one way. I’d reply that I don’t have a clue because it didn’t make any more sense to me than it did to him. He kept thinking that they had a method to their madness. I assured him that most banks are stunningly incompetent. 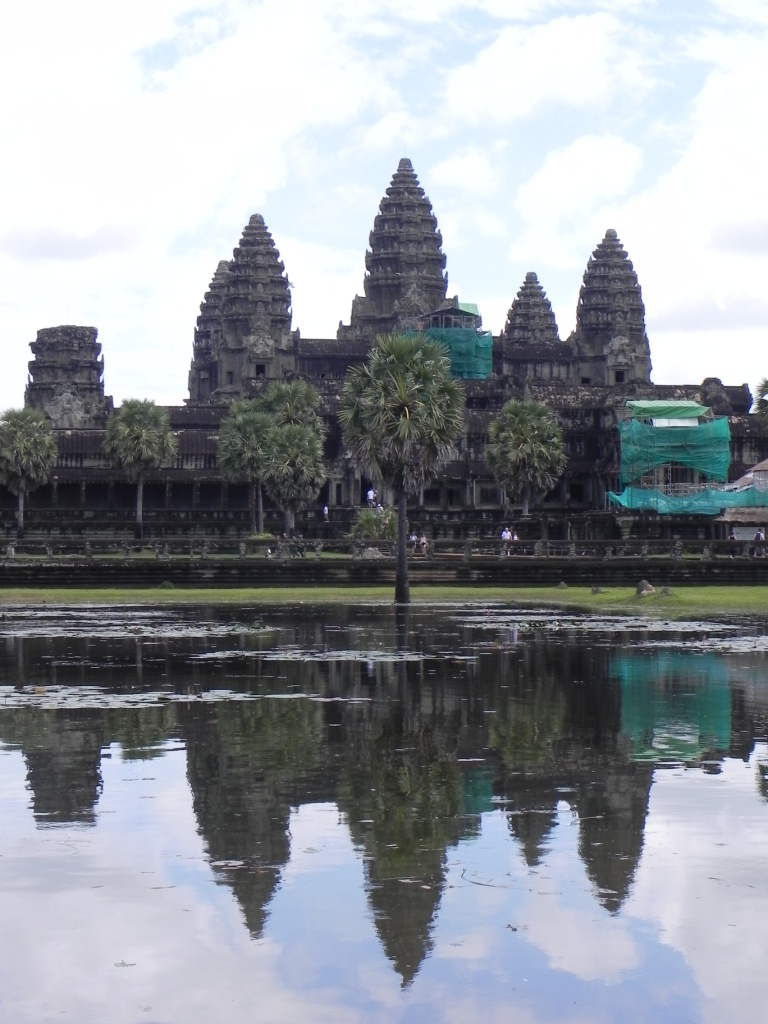 The whole conversation was eye opening. As an investor, would you want to invest in an American bank that is leveraged to the moon because the CEO wants to goose his stock options? Or, do you want to invest in my new favorite bank in Cambodia. He’s never had a loan loss because he’s personally responsible for ensuring no losses. The most fascinating comment all lunch was that he wanted to introduce bank overdrafts on business checking accounts, but the bank’s owners were opposed to lending money that was unsecured. The bank CEO offered to personally repay any losses out of his own pocket. He administers the credit risk, he knows which customers deserve it and if he gets it wrong, he’s personally liable. You need to be very confident in your ability if you offer that. Even a wealthy guy will go poor guaranteeing millions in overdrafts.

Would the US banking system have vaporized if each loan officer was personally liable for each loan that they underwrote? Of course not! Instead of charging ahead looking for earnings growth, American banks should have been instituting a culture that strongly penalized bad loans. Two years after the crash, American banks haven’t learned a thing. Their idea of risk control is to increase the necessary FICO score by 50 points and add an extra ten pages to the loan questionnaire. I’m skeptical that this will achieve anything. Banks in Cambodia may be immature in some ways, but they’re not making the same mistakes that the more creative American banks have. The whole Cambodian banking system seems to have a similar philosophy. Later on, I met with another bank which also has NEVER had a loan loss. Money is valuable. Banks here only lend to people who WILL pay it back. Even then, banks want to see collateral that equals a few times the loan value. This is how banking should be done. It’s time they round up the leading bank CEOs in America and send them to Cambodia for a week. It would do a world more good than the recent Dodd-Frank banking laws. You cannot legislate away stupidity. The best you can hope for is to educate it.