Dead End (For Now) In Cambodia

A Way To “Play” Mongolia?

I apologize in advance that it will take some legwork to buy shares in BDSec. Some of this is a repeat for frequent readers of this site, but I want to put all the information in one place. I have finally found a way to get some exposure to Mongolia. Finally….

BDSec JSC (BDS MO Bloomberg Ticker) is the largest brokerage firm in Mongolia. It currently has more than 50% market share which is a few times its nearest competitor. After being essentially catatonic for the last decade, the Mongolian financial markets are about to get lively on the back of massive economic growth. In addition, the London Stock Exchange is taking over how the current stock exchange is run. All of this spells huge potential upside in trading volume and investment banking fees.  BDS should be the main beneficiary of this.

Mongolia is a landlocked nation sandwiched between Russia and China. There are roughly 2.7 million people with over a million of them located in the capital city of Ulaanbaatar. 2010 GDP is estimated to be about USD $4.6 billion, or a little less than USD $2,000 a person. While livestock has been the majority of the economy for millennia, that is suddenly about to change. It just so happens that Mongolia is quite rich in mineral resources, and those resources are about to be mined.

In 2009, the government agreed to change the tax law and adjust the excess profits tax that was thwarting mine development. Almost immediately, Ivanhoe (IVN: NYSE) agreed to go ahead with their massive Oyu Tolgoi (OT) copper mine. When complete, it will be one of the largest copper mines in the world. Current cap-ex is estimated to be more than USD $5 billion and it is widely assumed that they will push ahead with multiple expansion phases from there. In the next few months, the government will analyze tender offers for a joint venture on the Tavan Tolgoi coking coal mine. This is the largest un-mined coking coal asset in the world. Cap-ex will be in the billions. In conjunction with these two assets, the government plans to build railroads to transport the copper and coal to China along with an east west railway line. It is estimated that it will cost about USD $2 million per km of this railway line. There are another two dozen major mining projects in various stages of feasibility and a similar number of infrastructure projects planned. Just last month, a USD $800 million oil refinery project, in conjunction with the Japanese was announced. Starting soon, the country plans to significantly increase electricity production. I can go on and on. Seemingly once a week, another massive capital project is announced.

I hope you get the point. By removing the excess profits tax, Mongolia is now able to take advantage of the bull market in commodities and its proximity to China. It never really made sense before to mine coal in Australia, ship it to a port, load it on a ship and move it a few thousand miles to China. It’s much more logical to mine it on the Chinese border and ship it 200 miles by train to China. The boom in Mongolia is imminent. Clearly, some of the projects already announced will not be completed, some will not even be funded, but looking at the more probable ones, you get a cap-ex number of USD $20-$50 billion in the next decade. So here’s my question; how do you shove that much cap-ex into an economy that is a tiny fraction that size? Get ready for asset price bubbles. It is estimated that Mongolia will export USD $24 billion a year in commodities by 2017, up from USD $3.8 billion in 2010. Clearly the economy is going to boom. The estimates are for mid-teens annual GDP growth for the next decade. Then again, when have economists ever gotten anything right? There’s huge growth coming. That’s all I want to know. It’s silly to quantify it. Mongolia is the Saudi Arabia of copper and coal. Buying into the Mongolian market is like buying into Saudi Arabia right after they found oil in the late 1930’s.

In 1992, the economy was privatized. State run companies were floated on the exchange and vouchers were handed to every citizen granting a right to these companies. Like in other countries, a few crafty locals ended up buying most of the shares and taking control of the companies. 475 companies were privatized and 1.3 million citizens became shareholders. There are still roughly 325 publicly traded companies. Of these, less than 50 trade at least once a week and only about a two dozen companies have market caps above USD $1 million. Further complicating things, most large companies have control shareholders who own in excess of 80% of the shares. On a typical day, less than USD $50,000 in stock trades hands in the 90 minute session. When I visited the exchange during market hours, most brokers were gone and the few guys on the floor were busy playing video games on their iPads. 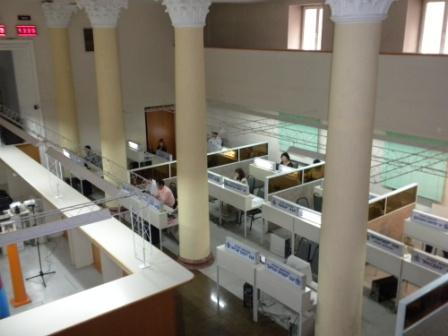 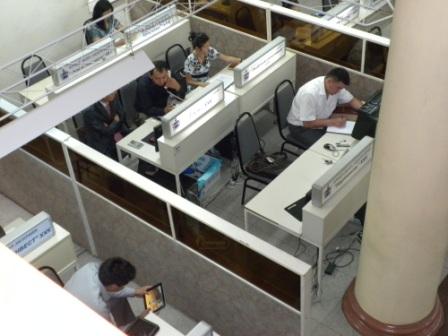 Look at the trader in the lower left.

The market itself is dysfunctional. Bid/ask spreads are frequently more than 10%, only one company is audited and financials are nearly impossible to get. You literally have to go to a factory, knock on the door and ask for the financials. A few companies actually told me no. What financials I did see were baffling.

The current stock exchange stymies the ability to raise capital and the government knows it. They are in the process of hiring the LSE to take over and modernize the capital markets. They have an all encompassing vision of what the future of the Mongolian Stock Exchange looks like. It is a very sound vision. It includes audited financials published in English. It includes normal custody and electronic trading. It will force those companies that cannot comply to delist. In general, it’s exactly what the exchange needs.

As I said above, BDS is the largest broker with more than 50% market share in total volume traded. They have over 120,000 brokerage accounts (1/4th of total domestic accounts and more than half of total foreign accounts), though only a few thousand have had transactions in the past year.  BDS is also the largest underwriter, though you wouldn’t know it by the minimal transaction value. BDS has now syndicated 8 of the 13 total IPOs in Mongolia. This year the largest underwriting was a $800,000 bond offering. It seems that every company is waiting for the stock exchange to be upgraded before they raise capital. They may have to wait a few more months, but that upgrade is coming. Companies are anxious to tap the capital markets for growth capital. BDSec should be at the center of that.

I should note that James Passin, founder of Firebird Capital out of New York is on the board of directors at BDS and his firm owns 20% of the shares. I have never met James, but people who know him think very highly of him. I get a certain sense of confidence that he’s willing to join the board here. I hope it means that he sees what I also see—or at least that the accounting is honest.

There are a number of imminent catalysts. To start with, the exchange will finally be upgraded. This should increase disclosure and trading volume. As part of the Tavan Tolgoi tender process, the government intends to float 30% of the shares on the public market in late 2011 and simultaneously distribute 10% of the shares free of charge to all citizens. This 10% is expected to be valued at USD $300-$500 million. Suddenly, people who haven’t done a transaction since privatization will get vouchers. They will go to the BDS office to put these shares into their accounts. Since BDS has the most accounts, they have the most to gain from this process.  It should help jump-start the domestic capital markets.

Over the next few years, the government intends to privatize dozens of businesses like the power company and other mining licenses. If the Tavan Tolgoi distribution goes well, it will be politically attractive to continue distributing shares as part of the process. Slowly, you will end up with a few dozen liquid securities on the stock exchange. This should tempt others to list as well. Over the next five years, you should have the makings of a functioning stock exchange. BDS is the largest, they have all the advantages and from meeting with management, I think they will expand upon those advantages.

This is the hardest part. Either you believe or you don’t. The company has 11 million shares outstanding and a $20 million market cap yet tangible book value is around $4 million, though they own their building at cost which adds another million or two to book value.  The company lost $400,000 in 2009, though most of that was from losses on their investments. In the first half of 2010, they made $100,000, though they are expecting full year earnings to be almost $1 million based on strong expected underwriting in Q4. Clearly, this isn’t all that cheap on traditional valuation metrics. Either you believe or you don’t.

My feeling is that they get a healthy piece of the coming underwriting associated with government privatizations, they get the majority of the Tavan Tolgoi trading volume and they get almost all of the coming underwriting from private businesses.  The company is exploring a number of initiatives. They intend to start a PE fund to buy private Mongolian companies. The company also intends to eventually offer investment products like mutual funds. There is not a single mutual fund in the country. There is no way to figure out forward earnings, but you could easily have a company making the current market cap just in underwriting fees in a few years.  The flipside is that the exchange upgrade may drag on and five years from now nothing has changed. Much of my thesis hinges on the stock exchange becoming a place where businesses want to list their shares and raise capital.

Here’s the tricky part. To buy shares, you need to open a brokerage account in Mongolia. This involves some paperwork. Incidentally, I bought my BDSec shares through an account I opened at BDSec. The company even has investment research written by themselves about themselves. Quaint isn’t it? 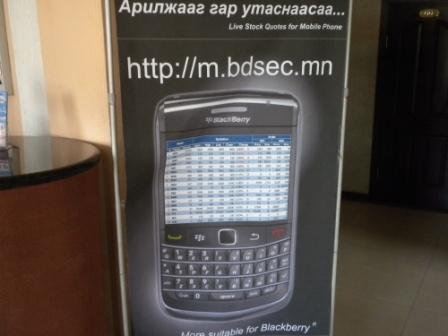 How good is your Mongolian? Unless you’ve been practicing lately, you probably want to speak to a broker who speaks English. I have found Bolor Batar to be excellent. Her email is Bolor@BDSec.mn She will help you out if you want to open an account. I had trouble getting mine approved the first time. She went to the exchange and fixed all problems.

In a world full of quant algos and high frequency trading machines, it’s good to know that there are segments of the market that are not computerized and arbitraged. It takes a bit of work to buy shares, but I think it may be worth it. I cannot think of a frontier market where the largest broker, at half market share, only has a $20 million market cap. Often the market cap is many times this number. In the case of BDSec, I hope it gets there in the next few years. In the interim, you have the wind at your back from the boom going on in Mongolia.