What’s The Difference Between Iceland And Ireland?

It is rare for people to try and corner markets. Every few years you hear about it. First, there’s a spike higher as news of the corner goes public. The PR agents then fan out telling the story. Retail investors get involved and drive prices higher. Shorts scramble to cover but eventually, investors begin to take their profits. The price starts to leak and once the momentum goes in the other direction, it’s all over. Supply comes out of the woodwork and speculators are ruined by margin calls. It’s hard to corner a market, especially when you cannot control the supply of the commodity being produced. 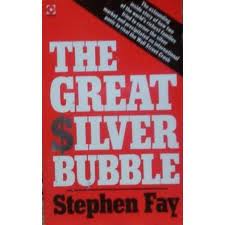 These facts haven’t stopped Ben Bernanke from trying to corner the bond market. He’s told us fancy statistics about non-existent deflation. He’s bragged about how much he intends to buy. It’s so detailed that you even know the exact time he intends to show up with his bids and POMO the market. The sophistication and mathematical elegance of his reasoning have sucked in all the pension funds. The insurance boys are long bonds waiting to squeeze the shorts. It’s a classic corner, get everyone long and then run the market higher. When there was a momentary dip in bonds this spring, Ben started waving around the prospect of QE2. Now he’s made good on that promise.  The magic worked for a few months, but this rally hasn’t had the same intensity of prior ones. Once again, bonds act weak.

When a corner starts to unravel, the insiders panic. They tell people to stay calm, but they know they’re in trouble. Ben even went on 60 minutes to try and tempt a few more suckers into his scheme. He looked scared and was caught in lies—the ploy backfired. What Ben must know all too well is that once the momentum moves in the other direction, it’s all over. Every uptick is met with sellers. The shorts feel emboldened to pile in. Meanwhile, your most observant followers trip over themselves with margin calls. Once a corner goes into reverse, it’s bloody. You can never control all the supply.

As far as corners go, this must be one of the stupidest corners ever. Supply is increasing at over a hundred billion a month as the government overspends. You can’t corner a market like this unless you have a whole lot more firepower. Ben is trapped in a losing trade and his confederates must know it. 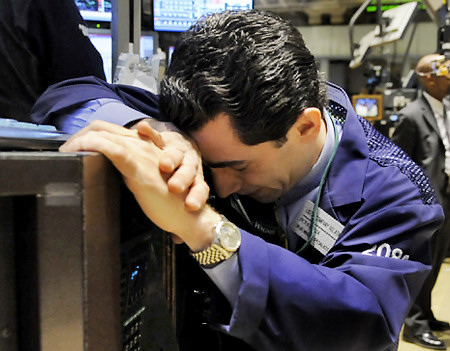 Now what? Ben has repeatedly told us that the problem with the economy is that interest rates aren’t low enough. Fed Funds are practically at zero. They cannot go lower. He wants bond rates to go lower, but he can only achieve that by printing more money to buy up bonds. Unfortunately, he’s reached the point of no return. The more money he prints, the more scared investors become of owning bonds due to inflation. He’s now his own worst enemy. If he doesn’t buy bonds, they will collapse immediately. If he prints money to buy bonds, they will still collapse. He’s discovered the truism that a central planner cannot control both the price and the quantity of what they regulate. Ben cannot control the price and quantity of money.

The US economy is slowly recovering, but most of this recovery is the result of low interest rates reducing interest costs for borrowers. Meanwhile, the government is borrowing huge sums to spend on bailouts. Ben is scared that rising interest rates will choke off this weak recovery before it gains traction. Increasing rates will mean that interest costs will swallow anyone with interest payments. Government deficits must be funded and right now, there aren’t a lot of buyers. Ben is in a box. Do you try to prop up the recovery at the expense of the dollar? Are you doing long term damage by forestalling the inevitable? Do you even care?

Here comes the moment of truth. Like all failed corners, when people realize that the scheme has failed, they race for the door. Our friends around the world are already selling their bonds. Retail investors are getting worried about inflation caused by money printing. The only buyer left is Ben. Will he be able to halt the coming panic? Massive bond losses will only serve to further destroy insolvent bank balance sheets. Bernanke’s credibility is shattered. An annoying internet cartoon explaining quantitative easing has now gone viral. Ben is becoming a laughingstock. Does he even have the credibility to stop the collapse?

QE2 is a failure; get ready for QE3, the mother of all Quantitative Easings. If this is going to be politically palatable, you need a crash in the bond market, which is never good for equities. More money printing needs to be seen as the only solution to rapidly rising interest rates. How do you save a failed corner? You need a whole lot more buying power. QE2 wasn’t good enough—QE3 will be epic in scope. If not, the equity markets are in for a world of pain. Time to take something off the table just in case? Why not. It’s been a huge year. I always want cash for a pullback.