Will The Gold Miners Ever Bottom…??

A few weeks ago, I was having a chat with a commercial real estate broker here in Miami. We were both baffled by the stratospheric rise in trophy properties in Miami, so he gave a quick example. A wealthy client wanted to get a property “priced out.” This meant that he wanted to have a bidding contest to see where others thought the price was. (This is one of the many services that my friend offers top clients of his—sometimes it brings in commissions, sometimes it’s all for show). They chose a completely arbitrary price, $100 million or about a 2.5 cap, just to see what showed up for demand. Two months later and there are 5 bidders and the bid has marched up to $140 million!!! Before, the seller was just going through an exercise, now he doesn’t even know what to think. Is his property worth substantially more than he thought it was?

I asked the obvious questions;

Do they think there’s a redevelopment opportunity here? Nope. It was built recently.

Do they think the rents will increase dramatically? Nope. There is a large national tenant who leases more than 75% of the location with more than a decade left on the lease and minimal escalators.

Is this pension money? (We all know that most pensions are run by the idiot half-brothers of union bosses and government officials. They’d love to tell their friends that they just bought a prestige property—even if the numbers made no sense.) Nope, all five buyers are wealthy individuals.

Then he asked me a question; “What should I advise my client to do? We think it’s worth $75-$90 million, but the market says we’re way too low. What are we missing?” 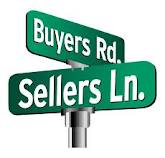 I told him I’d get back to him. So I went to my favorite location for deep thought—the Starbucks by the beach—with one of my fund’s analysts. We thought out every angle. Why are a bunch of rich guys looking to get less than a 2% yield on their money? Look, these are smart guys; morons go out and buy muni bonds b/c they can’t think of something intelligent to do for yield. You don’t get access to more than $100 million by being stupid. What are these guys thinking?

I’ll be the first to admit that I haven’t been a huge fan of US real estate. I can’t see rents increasing dramatically because I don’t see GDP doing much. I can’t see financing costs going lower, so cap rates are at a plateau. So you’re left with redevelopment opportunities and inflation lifting the value of your assets—but there are a lot of inflation hedges in the world. Why choose real estate?? It’s not even a liquid asset.

Then it hit both of us at the same time. They aren’t looking for yield. They’re not looking for upside in rents or property prices or anything else. They’re looking to lock in 15 years of financing at 4%. They’re expecting a collapse in bonds. This will happen because the dollar will either be worthless in 15 years or the bond market will collapse—or probably a bit of both. They found a way to short huge size in long dated bonds and do it in an almost risk-free manner. Unlike borrowing to buy gold, there’s no mark-to-market and no margin calls or need to post more collateral.  They expect the 15-year mortgages that they are taking out will be worthless soon and that they will have a free building.

So, I went out and priced out some properties that I may want to buy—just for the sake of research. I found a little commercial location in a key area of the beach. For the sake of simplicity, let’s use imaginary numbers that still preserve the same ratios.

If I can make a whole lot more than 8% investing in stocks, why would I bother with real estate? That’s always been the math I’ve used. Sure, you make a few percent more as rents increase. Still—who cares?

What if interest rates doubled or tripled from current silly rates? What if long bonds were cut in half because of it? Well, the concept isn’t precise because I would still owe the debt, but my $650,000 would only be worth about half as much (think conceptually here). This won’t happen immediately, but what if over 5 years, I made $350,000? That would be $70,000 in extra income per year.

Not too bad for taking very little risk. Remember, the big boys don’t have a 65 LTV. They do much better. They also can find ways to borrow at much lower than my hefty 4.75%.

Then I thought about it. I’m bearish bonds longer term, but I have this sneaking suspicion that before this whole QE thing is done, Bernanke will have cornered the 30-year. If that happens, we could see them trade at 200 for some brief period of time. I cannot think of shorting them if that were to happen. Besides, even if the top is already in, you have to pay a negative carry to be short outright—that’s always a frustrating short. You can buy puts, but I really hate buying premium. Real estate might just be the way to play bonds.

If bonds go higher, you can refinance. If this is the top, you can just ride it into the sunset. Of course, property moguls aren’t looking at $1,000,000 properties. They’re too hard to manage—hence the reason I can get some yield on the place I just priced out. Big players want to own top quality big properties, in the best locations that have long-term tenants. They want low risk on the income side because they’re trying to make money on the bond short—not the cash flow side. I guess that’s how they get to have access to $100 million in the first place. They’re damn smart.

In conclusion, my advice to my friend is simple. The current valuation makes no sense, but as long as the tenant is solid and you don’t have a better use for the capital, refinance it and extend your duration. If you can lock in 15-year paper, you have a 15-year window for the long bond to get away from Bernanke. We’re only a few years from a very serious currency and funding crisis here in the US. Bonds are going to zero. It’s a winning investment. Heck, if I were living full time in Miami, I might just close on that little bodega. Where else can you get someone to pay you a bit better than 8% a year to short bonds? Let me repeat that, they literally pay you a positive carry while you are short bonds. You can almost bid real estate to zero yields and lock in these bonds—which is essentially what’s happening in some locations.