I like investing in commodities because they’re very simple to understand—it’s all about supply and demand. Naturally, I take a very strong interest in the increasing demand for gold coming out of China. You see, in the short run, the paper markets (leveraged traders) rule the day. In the longer run, the physical market is all that matters. In the past few months, we’ve seen some very important changes in the physical market for gold—China is hungry.

In this year’s first quarter, Chinese gold production hit a record around 80 tons, but that’s only part of the story. The real story is on the import side, where China imported 135.5 tons (up from 19.7 tons last year). In total, China is now consuming almost 30% of the world’s gold production. India is no longer the price setter—China is. Even more interestingly, gold imports are starting to rise rapidly, 32,948kg in January, 39,668kg in February and 62,913kg in March. If there is one true lesson from the past decade, it is to watch what China needs. When their internal production can no longer fill the need and they resort to imports, watch out!! Import demand starts small and grows forever. 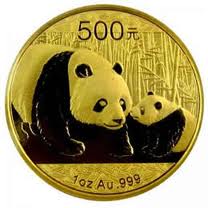 If you’ve been paying attention to recent earnings from the mining sector, you will know that almost everyone missed their targets. Where growth did exist, other mines had shortfalls. There is minimal production growth from the industry. I don’t see substantial growth in gold production for at least a number of years. What happens when demand increases and supply cannot keep up?

Despite what the tin-foil-hatters may want you to think, in the end, gold is just another commodity where the majority of production still goes into jewelry, dental and industrial applications. At the margin, guys hoarding coins and central bank buying has mattered, but basic demand has really set the trend. Gold isn’t valued at much more than the marginal cost of bringing on new production. If you want to see big production increases, you need for the price to go substantially higher. Given the massive headache of operating a gold mine, you need to make at least a 20% return on capital to even consider it. We need much higher prices for new mines to earn those sorts of returns.

I mention all of this because I am watching as gold is in free-fall. Sentiment is at multi-year lows. Everyone thinks that gold is going lower. Yet, demand is ramping up while supply is stable. 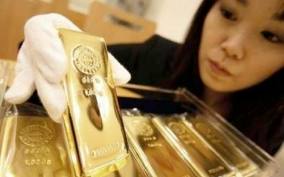 The Chinese have finally found an asset class that they can put their money into and feel secure. Their current options are bank deposits with negative real yields at insolvent banks, fraudulent Chinese stock exchange companies or real estate in a real estate bubble. Gold is the answer that the whole country has been looking for. 63 tons of buying in March is a tiny number. It’s a mere $3 billion. Wait until a billion people decide to make the shift in allocations.

I’ve been long gold for almost a decade. There have been stunningly brutal selloffs in the past. This is another one of them. I think we are near the final legs of this sell-off. A few days back, I sold some of my miners to reduce my exposure as they weren’t “acting right.” Instead, I’m buying gold. I don’t have to worry about all the headaches of mining. This is a large position that I’m making larger. I want to own what China wants to own.