Not How It Was Supposed To Be….

A few days ago, I was re-reading The First Tycoon by T. J. Stiles about Cornelius Vanderbilt and I happened upon one of my favorite anecdotes from all of 19th century finance. Rather than try to paraphrase, I will go with the original telling as written by T. J. Stiles. For those of you who have never read this book, it is highly recommended. 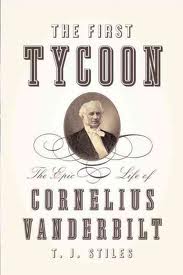 …Vanderbilt would not be allowed to live in peace. Instead, his enemies forced him to fight once more. Those enemies were Jay Gould and Jim Fisk. In the end, their rivalry with Vanderbilt would loom above his larger but more sedate accomplishments, transforming the long-lived Commodore into one side of a matched set in American memory. But Vanderbilt himself bears some of the blame for history’s overemphasis on his feud with Gould and Fisk. They angered him, embittered him as no other enemies ever had or ever would. One coldly unpredictable and lethally resourceful, the other predictably flamboyant and surprisingly shrewd, they refused to abide by the rules of combat that were so important to the Commodore. Again and again, they provoked him into publicly overreacting despite the Erie’s limited capacity for competition with the mighty Central.

In 1870, Gould and Fisk reopened always festering hostilities by undercutting the rates set by the most recent trunk line agreement. In May, Gould personally went to Chicago to cultivate livestock shippers, traditionally loyal customers of the Central. These were the ordinary skirmishes of railroad competition, but Vanderbilt took everything that Gould and Fisk did personally. On June 1, he declared that he would retaliate. Within a week, William slashed passenger fares by 25 percent (cutting the price of a ticket from Chicago to New York from $24.95 to $20); ceased the practice of checking passengers through to the Erie from the great Western of Canada (the Central provided the only link); and slashed livestock rates from Chicago to New York from $125 a car to $100, and then $50, in response to Gould’s grab for that traffic….. 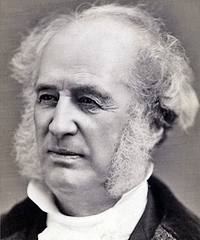 On June 13, a reporter called at 10 Washington Place for an interview about the “railroad war.” Vanderbilt relished the opportunity to pour scorn on Gould and Fisk. “We don’t pay any attention to them; it would be beneath us to have a row with them,” he said. “You see, my son, there are some disreputable fellows around this town who have got hold of a railroad somehow or another, and are trying to run it…. To make it a little respectable they talked about a ‘war’ they’d hatched up with the Central, so as to make folks think that it amounted to something; but there’s nothing in it, nothing in it.”…

About the time of this interview, Gould and Fisk secretly purchased some six thousand head of livestock in the West. Then, in late June, they announced that they were cutting the Erie’s livestock rates to $1 per car. The move forced the Central to follow suit, as they knew it would. Shortly afterward, Gould and Fisk boasted to the press that they have shipped their livestock over the Central at these absurd rates, reaping at rich profit at the Commodore’s expense.

It was one of history’s greatest comeuppances. In financial terms, it was immaterial to any of the participants, but it showed true genius. An overconfident financial legend let his ego get the best of him and the scrappy upstarts scored a nice victory at his expense.

Too often, we think of business as basis points and comp sales. The real money is made by being creative, thinking through situations and finding where you have your advantages. Smart businessmen, tend to succeed repeatedly. I try to invest with those people with a proven record of success. Sometimes, you have to pay a premium for that track record, but it is usually worth it.