Say No To Noda

Not How It Was Supposed To Be….

Almost a quarter millennia ago, the founders of this country decided to break with the king and go their own separate way. Their gripes were many and varied. They didn’t like their sugar, playing cards or tea to be taxed. They grew sick of quartering British soldiers. In general, they grew frustrated with a cadre of blowhards in London who appeared indifferent to the needs of the colonists in a faraway continent. 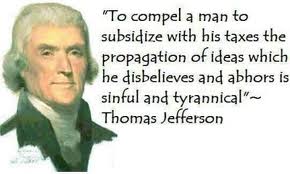 When tarring and feathering the king’s men proved unsuccessful in conveying the point, revolution was the only other option. Today, we are only a country because the king’s generals were more incompetent than our own generals, the king’s cabinet was more divided than our own bickering Continental Congress and the king’s resolve was not as strong as that of our founders. Our nation was not founded by a throng of warriors or great strategists. We were founded by philosophers and classicists. In the end, the war was about abolishing tyranny. How would our new nation ensure that a new cadre of blowhards wouldn’t replace the ones from London? Now, this was a question that our founding fathers truly excelled at solving. Our founders had very strong opinions on how to rule a motley collection of former colonies.

It was decided to put in place a very weak system. The states would have the power. Even then, the power would really devolve onto the individual communities. The Federal government would have very few powers. The way to eliminate oppression was to ensure that the government stayed weak. A society of landed gentlemen would rotate through this government apparatus, tend to it for a few years and then return to their actual careers. Joining government was a way to give something back. It was never meant to be a career. 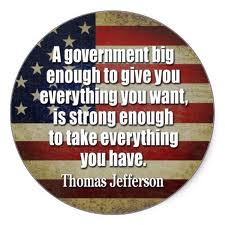 Campaigning for office was a short-lived affair. It lasted a few days, maybe a week. You rounded up your compatriots, drank some spiked cider and headed off to the ballot box. There were no great awards from being elected and clearly no campaign contributions were needed. It was generally assumed that part of being qualified for elected office was your ability to pay for the cider, your expenses while in government and return to private life without needing a pension. The whole point was to return to private life afterwards.

As I look at the political circus surrounding this election, I wonder where our founding fathers got it all wrong. To think that each candidate will spend nearly $1 billion dollars on the presidential campaign is ridiculous. Our founders never envisioned this. Where does this money come from? Who is owed favors afterwards? How can any candidate stomach the thought of nearly two years of incessant campaigning? I don’t want a president who would want this job that badly. 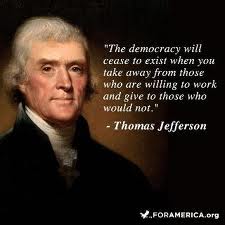 The guys now running for president are not the successful citizens of the country trying to give something back. Instead, they are career politicians desperately trying to achieve the apex of political triumph. They’ve spent so much of their life cloistered in the realms of political power that they’re no longer connected to the real issues that our country faces. They have become the cadre of all-powerful blowhards that our founders fought a war against.  We have traded powdered wigs for power suits.

As I see it, we have a president who bankrupted the country, destroyed the job market with his health care bill and has basically gone out of his way to create a perpetual welfare class who will forever vote for his party. Four more years would be a catastrophe—bad habits once learned and ingrained are very difficult to kick. A culture of dependence is not healthy. Our founders clearly never intended for anyone like Obama to be anywhere near the reins of power. 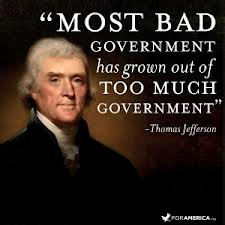 I’ll be honest; I have no idea what Romney stands for. It has something to do with lower taxes, lower regulation and repealing most of what Obama has done. It sounds like a good start. At that point in the narrative, it all gets sort of fuzzy. It’s not like he did a great job in Massachusetts. His own state isn’t voting for him. Is there a plan beyond undoing the last guy’s work? Is there even the political will to make the hard choices that will fix the overriding problems that our nation faces? I have to say that I just don’t see it.

As I look at my absentee ballot, I just shake my head. With all of the great people in America, how did we end up with these two? We perpetually seem to end up with career politicians that are created by some sort of half-cocked Madison Avenue advertising agency. This is not how it was all meant to be. No matter who wins tomorrow, as a nation, we all lose. Meet the new blowhards, same as the old ones…