Sayounara To My Yen Short

How Many Malls Does China Need?

Last month, I attended a property conference in Hong Kong for senior management of Asian property companies. The conference was mundane and dull, but there was one thing that never ceased to amaze me—panel after panel spoke about the same issue. In a 4th tier Chinese city, how do you differentiate your million square foot mall from the two dozen other ones that are scheduled to open in the next year?

Until I went to this conference, I never really considered the question. I don’t invest in China. I cannot really analyze the place. I really don’t care about Chinese malls. However, it is an intriguing question—not because there is a good answer—but because it leads to a much better question. How many malls does China really need? 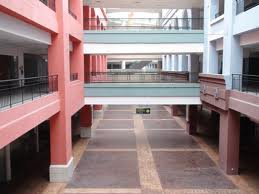 Before you even attempt to answer that question, you need to ask yourself an initial question; in a city of a million people, what would convince a Chinese investor to build a million square foot mall when there are already a half dozen completed ones that are more than half vacant? If your answer includes the words; corruption, greed, stupidity, easy credit, central planning, lax oversight by banks, state enterprises looking to diversify out of money losing businesses and/or money laundering, you have a good understanding of how China functions. If you use words like return on capital, profitability, or sector analysis, you need to stick to American companies.

I’ve been accused of many things over the years, but a lack of intellectual curiosity is not one of them. So, I asked one of the western guys brought in to manage one of these malls about how it all works.

“You see, there are about 200 foreign brands that are now active in a 4th tier city in China. There are another 100 or so Chinese brands.  My mall has room for 200 stores. So does each of the 6 malls currently open and the 2 dozen or so that are in some phase of planning. If you just look at the existing malls, you have 1,200 store fronts in this city. There are only 300 total brands and they each need 2 locations in a city this size. No wonder we are at 30% occupancy. It could be worse; some are only at 10% occupancy. There aren’t enough brands out there to even fill up all of our locations, even if we had the foot traffic—which we don’t have. My other option is to fill in the mall with guys who sell onions and fried starfish, but I would then loose my handful of luxury retailers…”

So then why would they keep building these things?

“Let’s say I’m a well-connected Chinese guy and I want to make money. In the old days, I would just steal from the party. Now the party pretends to care. They want to make examples. So now, I build a mega-project. If it costs $250 million to build it, but you borrow $400 million from some corrupt state owned enterprise, you can steal the rest of the money. Building some government project involves bidding and the politics of winning the right to build it—there is a certain level of oversight from above; no one ever notices if you build a mall, so you just keep building away. If there are no profits early on, it doesn’t matter—it will take 5 years before anyone catches on—by then, you’re in Thailand. In the short term, the government wants you building things to create fake growth. They’re actually rooting for you to build yet another mall.

Returning to our narrative, here are the lessons that world policy-makers seem to have learned from the 2008/2009 era;

1. Economic collapse does not secure your political career.

2. It’s very hard to fight a collapse once things start to unwind. It is better to be pro-active than open Pandora’s Box and have a down quarter

3. Stimulus works (I won’t argue if that is correct, just that it is believed to be the case). If you haven’t restarted your economy, it is because you haven’t used ENOUGH stimulus.

4. Monetary stimulus works, and if QE3 won’t restart things, then it means that QE4 just needs to be larger.

5. There are unintended consequences from this stimulus, but you only live once as a politician. Can kicking is a real governance style.

6. Keeping the economy going at any cost makes you popular… rinse and repeat.

Why hasn’t this stimulus done much in a place like the US?

It is because our stimulus goes into food stamps, unemployment checks, other entitlements and wasteful government hiring that regulates businesses and then makes those businesses uncompetitive. You don’t create jobs and self-sustaining economic growth through handouts and red tape. 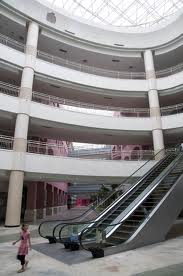 How do you apply this to China?

China has a different way to jumpstart the economy—bridges to nowhere. I won’t argue about the long term consequences of a bridge to nowhere, except to say that it creates lots of primary and secondary jobs and infrastructure does have carry-on effects. In addition, once your first bridge is complete, you can always go a mile down the river and build another one. In theory, you never need to stop building bridges to nowhere—at least not unless you run out of money or the ability to print more money.

If you want to reinvigorate things, the best way to do it is with thousands of mega-projects. Empty malls, bridges to nowhere, high speed trains connecting isolated farming villages. You get the idea. This is China with a need for growth. They’ll get it, somehow or another. Just don’t expect to be able to analyze it using a Western financial mindset. There are different forces at work here. Sure, China has horribly misallocated capital, but it will get a whole lot worse during this decade. Will there be a crash? You can count on it, but it’s still years into the future. If you have a half dozen malls that are empty, why not build two dozen more? Welcome to China…