How Many Malls Does China Need?

Sayounara To My Yen Short

All paper currencies are in bad shape. Some are worse off than others. In the race to the bottom, they will all win. We’ve now witnessed nearly a 10% drop in the Japanese Yen in a very short period of time. It was previously overvalued. It is still overvalued. The economic fundamentals of Japan are not good—however, currencies are political. I cannot imagine that China or Korea is happy to see the Yen drop like this. A bit of weakness is fine, 10% starts to raise eyebrows.

It’s now the turn for a consolidation and maybe even some Yen strength. I think that ultimately, the Yen goes a lot lower, but against what? That’s what I keep struggling with. Everyone wants a weaker currency. The Japanese have had their moment, now it is someone else’s turn.

I continue to come back to gold. It has no central bank and no politicians trying to muscle it. The quantity is relatively fixed. Gold has lots of weaknesses, but so do all currencies. At these prices, I prefer it to most other currencies.

I recently booked my Yen short and used the sizable profits to add to my gold position. 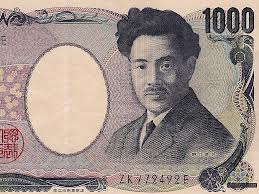