EUR All So Stupid… How To Create A Banking Crisis, ECB Style

In the history of bank bailouts, the government always has some inspiring social message to justify spending taxpayer money. Usually, it’s in the name of stability; we’ve made the system stronger, we’ve rescued depositors, we’ve inspired confidence. Even the mundane; we simply had no choice, sometimes is sufficient. After reading dozens speeches and articles on the subject, the ECB’s mantra on the Cyprus bailout seems to be; we got some Russian tax cheats. In addition, a few key Euro Zone politicians will be able to say, “We’re sick of bailing out the Greeks, so instead we made the sort-of Greeks pay for the mistakes of the Greeks.” If you cannot really follow this tortured logic, then you’re not alone. I’m simply baffled.

What is the total cost to the guys doing the bailout? Roughly 10 billion Euros. Who’s doing the bailout? That’s not even solidified yet—officially it’s the Eurogroup, but who actually pays the tab is in the air. What will the losses to the unsecured depositors be? Who knows? At least we got those sort-of Greeks. You can take that to the voting booth in Germany and that is all that seems to matter right now.

What can I say; I just cannot stop thinking about the repercussions of this Cyprus bailout. After over a week of heated debate, the final verdict is that if you had less than EUR 100,000, you got to keep all of your money. If you had over that threshold, you got something between zero and 60% back. No one even knows the numbers. Of course, the real verdict on this whole episode is that the EU intends to treat every situation in a totally arbitrary and ad hoc manner so that no rational person can predict anything except to assume the worst going forward. Between the haircuts and the capital controls on what is left of the deposits, who would ever want to have money in the bank of a periphery Euro Zone country? 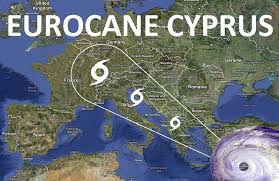 The bureaucrats want you to think that they’ve penalized money launderers, or Russians or some other perceived boogeyman. What about terrorists?—or is that now just passé. Maybe some bad guys did get caught up in their dragnet, but was it worth the cost of destroying their currency and banking system? What did they really save by vaporizing a few billions in deposits? It cannot possibly be worth the cost.

Before I dive into the final consequences of this failed attempt at vote-pandering by various EU bigwigs, I think it pays to think a bit about the deposit base of a bank. When you look at the accounts by number, the vast majority are made up of your average citizen who has very little in savings and basically treats his bank account as a conduit for receiving his paycheck and paying his bills. Despite the average bank nickel and diming you to death, most small accounts aren’t all that profitable—the business only has real scale when you have a massive depositor base that you can earn fees off of. Given the small amount that these people each keep on deposit, even the original 6.75% levy would only amount to a large drinking bill for most accounts. In the end, it’s yet another fee for using the bank as a conduit for receiving and paying out money. 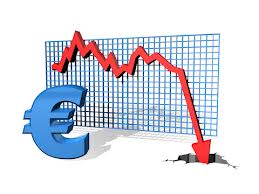 A sizable percentage of the capital in your average bank—particularly the profitable wholesale deposits—are made up of larger deposits. These are the businesses and savers in your economy. These are the people that you want to protect at all cost. More importantly, these are the people who actively follow business developments. Their large pools of capital are very transitory. The implied fear of imminent loss will now lead to massive capital shifts. The Pandora’s Box that has now opened will tear the whole Euro apart. The game is over. The guys in Brussels have shown what they really believe.

I’m going to be pretty blunt, if you have money in a bank in Spain, Italy or Greece, you deserve to lose ALL of it. Anyone who understands finance has already moved their money someplace else. If you’re the last guy to realize this, you deserve what’s coming. If you have money in a French bank, you should start looking for alternatives. You probably have only a few months before the banks there come under stress. Even more worrying is the fact that capital controls can now be imposed on a whim. What if you cannot get your money out of France when you want to in a few months? Maybe it’s better to just do it today. What if your German bank has a bad quarter? Should you move your money to a different German bank? The permutations on this are endless. With transaction costs measured in the basis points compared to the risk of a total loss, what sane person would take the risk of a sizable loss? The cat is out of the bag. The velocity of money flows around the whole Euro Zone will multiply rapidly. I think that ultimately, some of that money will begin to flee to other alternatives. How can a bank possibly make long term plans when their wholesale deposits are running around Europe in fear? How can they make effective loans? How can they hedge their portfolios? Their balance sheets are no longer even slightly stable. Bank profitability will decline and only further accentuate this crisis.

So returning to Cyprus, in the effort to confiscate a few Russian owned Euros, it seems that the ECB has instead hobbled most businesses in Cyprus. If I know anything about money launderers, they’re pretty diligent about their money and they’re long gone from Cypriot banks. If anyone stuck around, during the week of negotiations, they finagled an escape. Dirty money has a way of moving around quickly and lubricating those exits with some “frictional costs.” Good job Europe–I never cease to be amazed at your incompetence. It seems that you mostly bankrupted churches and the more patriotic business owners of Cyprus. Aren’t these the guys who will be needed if you ever want Cyprus to re-build and pay you back? 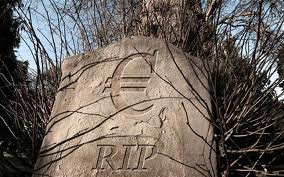 Long-time readers know that I have a large gold position—this is yet another excuse to add a bit more. At the same time, I have slowly grown fascinated by the Russian Ruble. If Russians find other countries hostile to their capital, they may keep more of their capital at home. Even a small shift in investor sentiment will go a long way towards staunching the perpetual flight of capital from Russia. Is this chart of Rubles in Euros telling us something?

In summary, I don’t think people are giving this Cyprus bailout the full weight that it deserves. In 2007, a few Bear Stearns mortgage backed hedge funds had a bad quarter. My friends and I took notice—no one else seemed to have cared. A few months later, the whole world imploded. Cyprus is the mortgage fund of Europe. Things will now move forward in highly unpredictable ways. The whole timeline of events has now sped up. The only certainty is that the bureaucrats will forever regret their decision in Cyprus. It will cost them their jobs and their currency. The damage cannot be undone.