Potash Will Not Go The Way Of Iron Ore…

Tangled Up In Court…

It all started with two western railroads needing access to Chicago and all of the rail traffic that flowed through there.  James J. Hill and Edward H. Harriman the opposing railroad magnates ultimately set in motion an epic battle of wills to control access to Chicago—in the process, they nearly destroyed the entire financial system of the US and created one of the most famous short squeezes of all time. 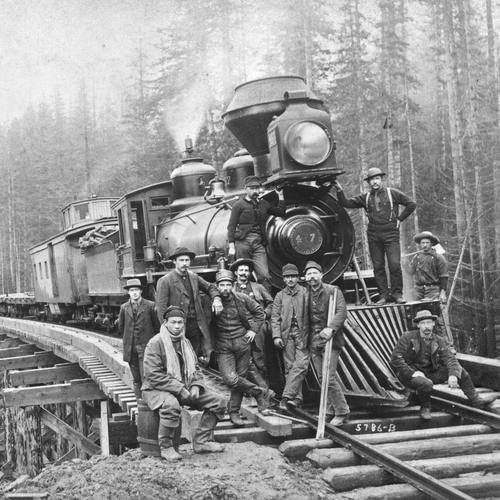 How to do that? Get some friends with deeper pockets involved. Over the course of a few months, Harriman’s group secretly accumulated shares. When the stock began to run up, newspapers first dismissed it as nonsense, and then they were paid to downplay the share rise and convince people to sell. The papers were so convincing that they even got Northern Pacific board members to sell—further loosening control of the company.

How do you get 51% of the shares in a company that is tightly held? Well, you can buy more than 51% of the shares if the share-count increases as people borrow shares and sell them short. As the Northern Pacific shares began to appreciate from the buying pressure, newspapers told investors to short the stock—that it was overvalued or that it was a bubble—anything to get investors to sell or short the shares and create more shares for the Harriman group to buy. The trap was set.

By May 4 of 1901, Harriman’s group was only 40,000 shares short of control. At that point, JP Morgan realizing what was happening to the railroad his friends including Hill controlled. Morgan went into a panic and told his brokers to buy 150,000 shares at any price to ensure control. In the scheme of things, it didn’t matter what price the two players paid for the little sliver of stock that they needed to gain or retain control. They were fighting for access to Chicago.

Over the next few days, the shares exploded higher as Harriman and Morgan’s brokers chased the few remaining shares while the shorts could not get access to any shares to cover their shorts. The shares shot up from 70 to 1,000 as everyone fought for the last few shares. At one point, it looked as though multiple brokers would fail as their clients could not cover their shorts at any price. If not for both sides agreeing to a compromise that rescued the shorts, almost every broker on Wall Street would have failed in the carnage of the epic short squeeze.

Fast forward a bit over a century to today. Herbalife (HLF:NYSE) feels like another epic battle. Two individuals with outsized personalities, Bill Ackman and Carl Ichan have taken opposite views on the merits of the business. Ackman is short 20% of the company’s shares. Ichan is long an almost equal number of shares. Various funds have joined in on either side of the debate. There are now 31 million shares short out of the 103 million shares issued by the company. Both sides are resolute to win at any cost. This mini-drama has gone on since the end of last year. However, the battle recently changed as George Soros joined the long party with 5 million shares on the long side. Looking at the stock chart, I suspect that other large investors are slowly accumulating shares. This has all the makings of yet another corner. Could Ackman be trapped in an epic squeeze?

What sets the trap? It could be anything; another well respected investor who buys shares or a broker losing the borrow on the shares or a corporate action like a tender offer or maybe just some good old fashioned stock momentum feeding on itself. Here is the funny part, once traders smell blood and feel like a squeeze is under way—it’s a pile on. Everyone wants to take part—it then feeds on itself.  Will it play out this way? Who knows? However, I have to admit that some of the shrewdest stock market players are trying pretty hard to set a trap. Will they succeed?

Disclosure: Funds that I manage are long shares of Herbalife and calls on Herbalife. (I can’t go to the theater and not buy popcorn… right??)