So Why Are You Public Again?

Yuan For The Money…

In 1324, King Edward II of England codified something that had already been taken for granted for nearly half a millennium—the definition of the inch. Henceforth, the inch was defined as “three grains of barley, dry and round, placed end to end, lengthwise”. A foot was then 36 barleycorns and a yard was 108 barleycorns. Taken to its logical extreme, five yards make a perch and 40 perches in length and four in breadth define one acre. Seems pragmatic—right?? Start counting your barleycorn. 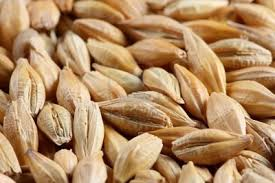 Unfortunately, this abstract attempt to measure the world has continued into other fields. A man’s shoe size in the United States is determined by taking the actual length of the foot in barleycorns and then subtracting 24 barleycorns, or the length of two hands which measure 12 barleycorns each. So my shoe size of 10 ½, is really a length of 34.5 barleycorns. When it comes to women and children, let’s just say that they took the medieval approach to the issue—namely that shoes are too expensive to waste on women or children. Hence, they were codified later and differ from men’s shoe sizes.

Why have I chosen to traipse through medieval accounting? Well, for nearly a millennium, the barleycorn was the foundation of British accounting and regional differences in size created disputes and misunderstandings. This was only accentuated when trade happened with different countries. For instance, the French accepted the English concept of twelve inches to the foot, but their foot (pied du roi) was 6.6% larger than the English foot. Six French pied du roi were said to be the distance between the fingertips of Charlemagne’s outstretched arms and much like the French of today, they set out to prove that their system was superior—the rest of the world could be damned. 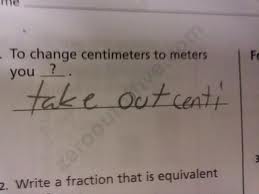 Until the metric system was instituted, Europe had no uniformed benchmark of size and each nation’s system varied—often substantially—leading to a certain level of economic chaos. One would think that over time, mankind has done away with this sort of faulty quantifying, but illogical benchmarks still pervade all facets of finance.

Today, the financial world operates on two benchmarks; the 10-year US Treasury (10-year) and the S&P 500. Until the advent of Quantitative Easing (QE), you could use them in conjunction to figure out where you were in the economic cycle. As The Fed set out to hijack the interest rate curve, the 10-year lost all semblance of being an economic indicator. It is now simply the price that The Fed wants it to be. So, investors have increasingly relied upon the S&P 500 as the primary indicator of economic activity. As long as the S&P 500 is going up, investors have no fear about economic activity. Unfortunately, as central banks continue to print money, the S&P 500 is also beginning to lose its grounding in economic reality. Increasingly, the S&P 500 is simply the liquid destination for all the newly printed Dollars coming from The Fed.

Nothing shows this better than the massive divergence between the S&P 500 and the Rogers International Commodity Index, which is a very broad index of global commodities. As you can see, coming out of the crash in 2009, commodities tracked the S&P quite closely until mid-2012. This was a function of liquidity flowing back into the markets and an increased demand for commodities as the global economy recovered. However a quick look at this divergence will show that commodity prices are clearly stalling out—meanwhile, the S&P 500 continues to power ahead.

Even more concerning is the recent and somewhat dramatic decline in many widely used commodities since the end of May; soybeans (-31%), oil (-26%), iron ore (-19%), corn (-18%), tin (-15%), natural gas (-11%)—meanwhile, the S&P 500 is up another 6% during this time. Other commodities like seaborne coal are in complete freefall. Of course, each commodity has its own supply and demand characteristics, but when dozens of commodities move in unison, you can surmise that there is a demand problem—not a supply one.

A similar QE induced divergence exists in the housing market. Million dollar homes are rapidly appreciating, but middle class ones have stagnated. If not for hedge funds focused on the housing market and flush with QE money, middle class homes would be performing even worse. Simply put, middle class incomes are not rising, inflation adjusted disposable incomes are declining and that impacts housing affordability—even with low interest rates. Once again, there is a divergence between the real economy, and the QE economy.

As I look at markets around the world, I see the same trends repeating—the QE markets are booming and the rest of the economy isn’t. Which is your benchmark? I know which one I’m using to make investment decisions. Don’t be the fool trying to count out his barleycorns.