Many years ago, when I still invested in mining companies, I visited a promising exploration target in South America. As we drove up a river valley towards the deposit, we entered a lunar landscape where nothing grew. The valley walls were denuded of vegetation and the river ran orange from acid mine drainage. As we travelled the next 10 or so miles, the earth grew pock-marked by diggings and heaps of alluvium. Within this backdrop there were many villages where all residents seemed to be working with shovels and 55 gallon drums of cyanide and other toxic chemicals—stirred by kids with sticks. I remember seeing an Indian kid, practically bleached white from the cyanide that repeatedly splashed upon him. At the proposed mine-site, there were dozens of people scurrying around, some above ground, many underground—all filthy, all moving dirt and chemicals around. It was like an ant hive after you give it a good 1-2 with the Raid can.

Out of this frenzy stepped a few Americans. They wore the traditional outfits of the college assistant professor. They were here to tell me that large-scale mining would destroy the environment and upend traditional values in the community. Their message was clear—I shouldn’t be investing in this proposed mining project.

Now, I’m a realist, mining isn’t good for the environment and there are no instances where a mine leaves things better off than before. However, as I looked upon thousands of acres of destruction, I thought to myself—these environmentalists are a decade too late and building a modern mine can only help the situation. At the very least, a proper mine would create safe, well-paying jobs and stop chemicals from ending up in rivers. Maybe it would even build schools and healthcare clinics. 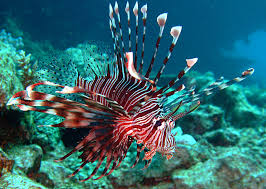 I don’t know if these environmentalists were simply delusional or trying to extort this mining company in some way—probably a bit of both. At the very least, it looked like they were going to have plenty of material for a graduation thesis. In the end, the mine hasn’t been built and I’m sure that if I went back there today, there would be a few times as many people digging holes and burning mercury to recover a few flakes of gold. Well done environmentalists! You really saved that community.

I’m a guy who cares deeply about Planet Earth and the environment—however, this experience and many others like it have soured me on the methods of the mainstream environmentalist movement. You cannot save the Earth by simply blocking progress and you cannot convince poor people to stop damaging their local ecosystems, unless you help them find a better way forward. If you want to change someone’s actions, you need a dose of pragmatism and an economic incentive at the end. High-minded goals that fail, usually do so because no one benefits economically from them succeeding.

I contrast this with the story of another environmentalist salvage mission. At some point about two decades ago, someone released a handful of lionfish into the ocean near Miami. Since then, lionfish have reproduced exponentially and with tragic consequences for reefs in Florida and the Caribbean. Due to their venomous fin rays, they kill predator fish, while simultaneously feasting on many smaller fish. Calling them an invasive species is an understatement.

Into this maelstrom, stepped chefs with a bold idea—properly filleted, the venomous fish is safe for humans to eat, but how do you convince more humans to eat lionfish? This was a question that was treated to a number of additional questions as I attended a lionfish tasting last week. As our chef pointed out, he couldn’t serve lionfish, unless there was a place to regularly buy them from. Meanwhile, people are hesitant to catch them if they cannot sell them. Finally, restaurants are hesitant to cook them if patrons do not know to eat them. Therefore, our tasting was very much a venture capital exploration in lionfish eradication. If more people would eat them, the whole supply chain could be established to rid our reefs of this fish. Therefore, education of patrons is the key—but who will get behind this effort? 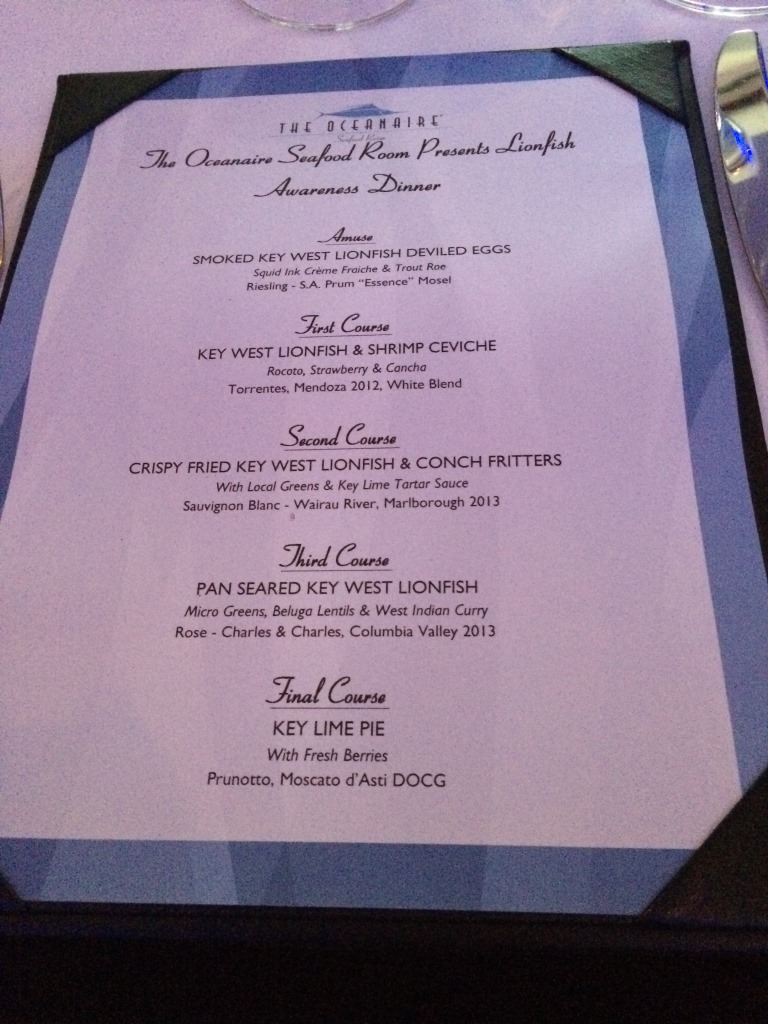 Calling all environmentalists; you can solve this reef crisis with a wine pairing. Fortunately, lionfish are quite tasty.

If only more environmentalists studied business instead of liberal arts, many of their causes would have already succeeded. The solution to the lionfish crisis is the fork.