A Message From Tal…

A Crisis In Ponzi-Land (Cut The Dividends Already!!!)

A Crisis In Ponzi-Land (MLP Style)

A few years back, I was at dinner with a British ship-owner who had just sold part of his fleet for almost $250 million (which was about $200 million more than he had paid for the ships only a few years earlier). He couldn’t stop laughing. Sure, they threw off about $50 million in cash (20% yield for the buyers) based on this year’s earnings, but he knew the cycle was turning and this would be the peak for many years—maybe even decades.

Me: “Who would be stupid enough to buy at the top?”

Him: “It was some New York hedge fund. They’re going to IPO these same assets in a few months for $500 million.”

Me: “How does that make sense? That’s $250 million more than they overpaid you.”

Him: “Dunno, but the fund says that retail guys will never bother to value the individual assets or the shipping cycle, they’ll just look at the dividend and be content with a 10% yield.”

Me: “Why didn’t you do an IPO and get twice the exit value?”

Him: “There will be about 3 more dividend checks and then no cash flow for a decade. Let the hedgies sort it out…lol”

During the great ZIRP inspired, yield chasing bubble of the past few years, a whole generation of Ponzi MLPs targeting retail investors was created away from the more prosaic property REIT sector. These Ponzi vehicles all used the same basic premise that if you paid out an attractive and increasing dividend, you could attract unlimited quantities of equity capital, allowing you to buy more assets in a fortuitous cycle—almost regardless of the assets in question.

The problem was that lots of other financiers were also doing the same thing—leading to bidding wars and lower cash-flow yields as everyone tried to grow their vehicles. Therefore, to keep the schemes alive, promoters targeted either; highly cyclical assets or unattractive businesses. All that mattered was increasing the dividend and if you add high leverage and creative accounting, almost anything is possible in the short term. 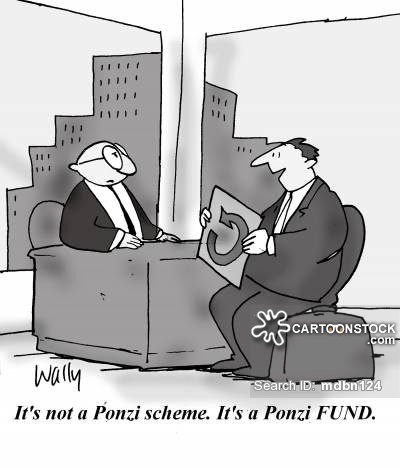 Often, many of these companies never came close to actually covering their dividends through GAAP retained earnings, but retail investors rarely asked questions as long as the dividends grew each quarter. Those that decided to do research were guided towards Distributable Cash Flow (DCF) as a new metric to prove that the cash was really earned.  As long as the (DCF) coverage ratio was over 1 (more DCF than dividends paid out) no one asked any questions about what you were buying or even how you did the math. The easiest way to increase DCF is to replace depreciation with maintenance expense. In property REITs, a building may really last 100 years and Adjusted Funds From Operations is the metric to look at as it eliminates depreciation, but a 10-year old ship may only have a few years of useful life left to it—you can’t ignore depreciation.

Psychological research has repeatedly shown that people are attracted to fraud—as long as they feel like they’re in on and benefitting from the fraud—welcome to the GP Incentive Distribution Rights (IDRs). The premise was that the GP should be paid a bonus for good management of the LP without having to pay a percentage of revenue or EBITDA as that would destroy the reported cash flow which the whole scheme relied upon for growth. Instead, a system was institutionalized where the GP gets an IDR which basically says that after a certain level of dividends are paid to retail LPs, the GP and LP will split the rest. The goal was to incentivize the GP to grow the dividend, but this came to mean, “We’ll loot the MLP together and you’ll incentivize me for ignoring maintenance and reinvestment while using newly raised capital to pay our growing dividends.” 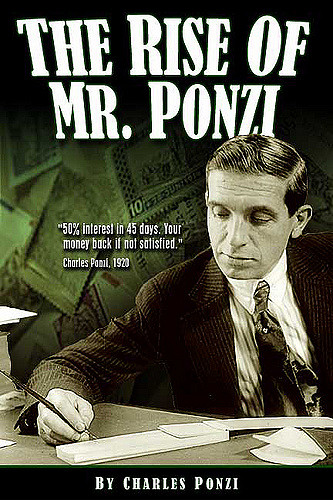 The eternal truth about Ponzi schemes is that as soon as more money is going out, than coming in, the scheme collapses. We have now passed that inflection point. The collapse of oil is effectively akin to when a newspaper detailed Charles Ponzi’s business affairs and set that scheme in reverse. With many of these MLP shares now in free-fall, bond yields in the 20’s and banks cutting back on revolvers, there is finally less money going in than coming out. Ironically, many of these businesses are actually somewhat immune to the price of oil, just like the promoters promised.

Unfortunately for these companies—investors have opened their eyes; paying dividends on anticipated cash flow from uncompleted pipelines is not sustainable, a mid-stream gathering asset is only valuable for as long as the energy field produces, a drillship with 3-years left on an over-inflated contract may not get new work at acceptable rates, building a new pipeline and labelling it as growth cap-ex so that you don’t have to spend cash maintaining an existing pipeline is a waste of capital and a low IRR business is still a bad business, especially when debt to EBITDA increases beyond what is considered prudent.

Debt is now becoming a killer and there will be some fatalities, but this doesn’t have to be the case for everyone.