For the past few years, most retailers have struggled. Of course, it’s easy to blame Amazon.com, but it is only one of many causes. At the same time, for us hedgies living in major cities with luxury malls, there is confusion about the problem itself—my mall is crowded and people are shopping. After having debated with friends endlessly on what the real root of the problem is, I decided it was time to actually go investigate. Every city has its own story and the local mall is the nexus of that story. In my mind, the only way to get real answers was a 4-day, 1,500 mile meandering road-trip through the lower mid-west, where we planned to hit as many malls and take as many meetings with facility managers and brokers as we could organize along the way. Besides, when an asset class like mall real estate is down 90% in a few years’ time, a different viewpoint can create huge upside.

The overriding question was: is retail suffering because of Amazon.com cannibalizing store-fronts or are rising health care costs, with stagnant wage growth, what’s really cannibalizing disposable spending power in middle-America? Is shopping still America’s pastime or do we prefer food and “experiences” instead? Every industry evolves. Why hasn’t the mall changed in the past three decades—it’s still the same cinema, crappy food court and undifferentiated retailers that I knew when I was a teen—where’s the fun in that? Other countries are perfecting “shoppertainment,” why hasn’t America? In summary, what is the real issue with retail? 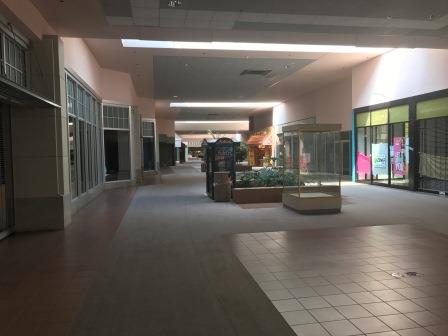 When you scroll through http://deadmalls.com there is a certain eeriness about a million square feet of empty space. However, the images don’t, in any way, prepare you for an almost-dead mall on its last gasps. As we wandered one facility with the head of leasing, we could look straight ahead at a thousand feet of almost vacant space, dimly lit from sky-lights as none of the lighting fixtures still worked—the air conditioner had long ago failed and it was 95 degrees inside this mall. However, there was one light that drew us forward. As we approached, we heard music and sure enough, it was the Victoria’s Secret that time forgot (corporate probably forgot it too). In a mall with only 7 tenants and even fewer shoppers, Victoria’s Secret was still jamming out. No customers, but 2 girls tending shop, blasting music and throwing light into a dark hallway.

As we rounded another corner, we heard the unmistakable sound of a Zumba Class at 100 decibels. As we drew nearer, we saw the first mall visitors in almost an hour—what looked like an instructor with a half dozen middle-aged women trying to do exercises that they were hopelessly unfit to accomplish.

I turned to the leasing agent;

Me: Any idea how much they pay in rent?

Him: Actually, I think they’re squatting in here. I don’t show any record of them being a tenant.

Me: Is anyone going to make them pay rent?

Him: Why bother, at least it brings people to the mall… 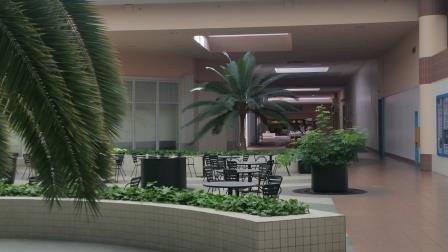 With no security or cleaning staff, who’s watering the plants?

All of this segwayed into the meeting with the leasing agent afterwards.

Me: Can I meet the facility manager when we’re done chatting?

Him: Funny story; actually, she quit a few months back. Unfortunately, the owner only told me last week that I am now in charge of managing this mall. I’m doing my best, but I live an hour away, so I can only come here a few times a week.

Me: So who’s been locking up at the end of the day lately?

Him: Hmmm…. Honestly, I’m not sure. That’s a pretty good question.

Me: Would anyone notice if they never locked the doors?

Of course, you cannot quite put this into context until you realize that I was sitting there in a nearly pitch black food court, in 95 degree heat, with only a beam of light from the sky-light above to guide the conversation—yet despite the odds, one vendor still remained at the food court—ironically it was the sushi place. 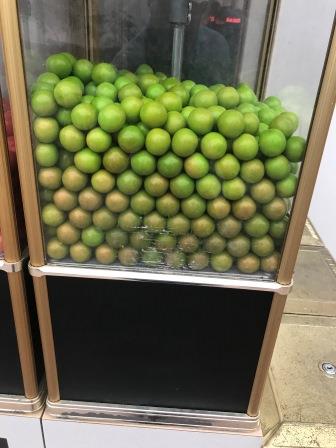 I wonder what decade these gumballs are from?? I didn’t know they could turn brown.

While the tour was entertaining, what I really wanted to know was; why did this place, surrounded by a thriving community somehow fail? This is where the story actually deviates from the usual narrative.

This mall was in a community of about 100,000 people. A decade ago, this had been a thriving mall. Then, a new major highway was placed about 5 miles west of the mall, which diverted regional traffic away from the mall. Even worse, a massive open air retailing complex was built alongside the new highway, siphoning shoppers from the mall. In a town that was big enough to support one large shopping complex, the newer one with better access from the highway had ultimately won out. However, this mall was still muddling forward with a handful of national tenants who hadn’t quite thrown in the towel, despite no lighting, air conditioning or adult supervision at the mall. It lead to a real epiphany; malls die a slow strange death—not the cataclysmic collapse depicted by most analysts. 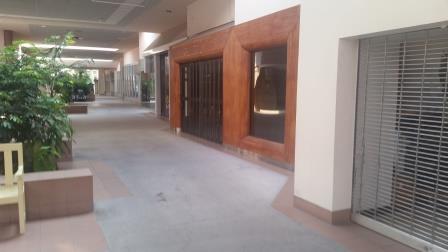 We saw a similar situation on the following day at another mall about 100 miles away. In this situation, a new retailing facility had been built closer to the local university to compete with the mall. This facility had stolen a number of the key tenants from the mall. At the time, it looked like this mall would also surrender to the newer facility in the better location. Instead, the mall was sold to new owners who; injected substantial capital to remodel the mall, offered discounted rent to retain existing tenants and had put up a fight to the death with the newer facility. Now, nearly a decade later, neither facility was full and both were desperately fighting it out for the minds of tenants and shoppers in a winner-take-all battle, a veritable retailing Battle of Verdun in the north of Texas—where even the winner will be a loser for having spent so much capital to win the booby prize of top retail destination in a town of about 125,000 people. Even worse, with no clear winner, new retailing concepts were hesitant to guess wrong in their expansion plans and simply chose to pass this town by when expanding—further sapping the strength of both facilities.

In fact, we continued to see similar stories as we ventured north. Retail may not be dead; instead there may simply be too much retail (both property and competing concepts) fighting it out for too few customers. This is further compounded by too much cheap capital developing more retail as a result of ultra-low interest rates. Naturally, there will be losers in this process—in fact; the losses have only just begun. There will also be huge winners.