“No pork tonight because this is a Muslim country, but don’t worry, we’ll drink twice as much vodka to make up for it”

Yup, I’m in Kyrgyzstan, checking off another box, on my long-postponed ‘Stan tour. Like all good adventures, this one started over drinks with some new-found friends.

Him: You really should go visit our stock exchange

Me: Sure, can you make an introduction to someone there?

Him: It’s not needed. Just show up. Don’t worry, they’ll be happy to see you

The next morning, while shaking off my hang-over, I stumbled over to the Kyrgyz Stock Exchange—which isn’t the easiest place to find. I walked into a dimly lit atrium, past a fountain which hadn’t been used in years and started roaming around—doing my best impression of a lost foreigner who doesn’t speak Kyrgyz, while a security guard yelled at me, waving his arms emphatically to block me. After a few minutes of this, someone official came out and in broken English, motioned for me to come into his office. 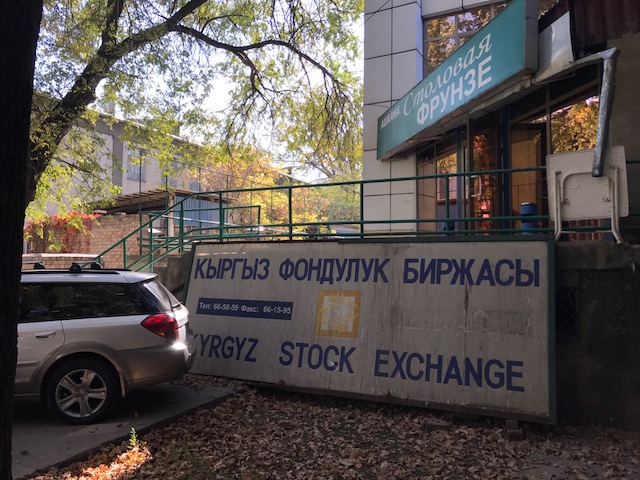 Him: Why are you here?

Me: I want to learn about your stock exchange.

Me: I’m an investor who’s invested in many frontier markets.

Him: There’s nothing to buy here.

Me: Isn’t this a stock exchange?

Him: Yeah, but too hard to buy anything.

Him: Not much trading.

Me: How much has traded so far today?

Him: (scanning a 15 year old CRT monitor) We haven’t had any trades yet today.

Me: What about yesterday?

Him: It was a huge day. Biggest in a while. There were 3 trades.

Me: How much dollar volume?

Him: Yea, it was a HUUUGGEEE day.

Me: What do you recommend that I buy?

Me: Aren’t you supposed to attract investors to create volume?

Me: What is the most popular stock on the exchange?

Him: The Manas Airport Company (owner of all the country’s airports)

Having visited many frontier markets over the year, I’ve learned that earnings are an opinion, yet dividends are real. More importantly, dividends are what is left over after the local oligarchs have had their way with the company’s actual profits. It’s their way of sharing a bit of the wealth with their favorite friends who also own shares. Dividends are also a way of showing the success of a business to the rest of the business community—hence they tend to stay constant or grow—rarely declining unless there’s an economic crisis. I tend to find them a useful benchmark for a company’s growth—however inaccurate the actual financials are.

Me: So, what is the dividend yield?

Him: 30%, but it is too low. By law, they have to pay out 25% of earnings as dividends, but we think they should pay out a higher percentage.

Me: Whoa!! Wait!! Your national airport is trading at less than one times cash flow and a 30% dividend yield? Your math must be wrong.

Him: (calling in 2 official looking ladies who discuss my question for 10 minutes in Kyrgyz) I think we might be right—maybe.

Lady: (correcting him) We don’t understand the question.

Me: Is your national airport monopoly trading at a 30% dividend yield?

Me: Can I speak with a broker.

Him: Yes, we have those.

Me: Do any speak English?

Him: We have only one that speaks English—don’t worry, he runs the “Goldman Sachs of Kyrgystan.”

After a 10-minute walk down a dark ally, I finally found their 200 square foot office. The elevator to the 6thfloor was broken (but I needed the exercise anyway). 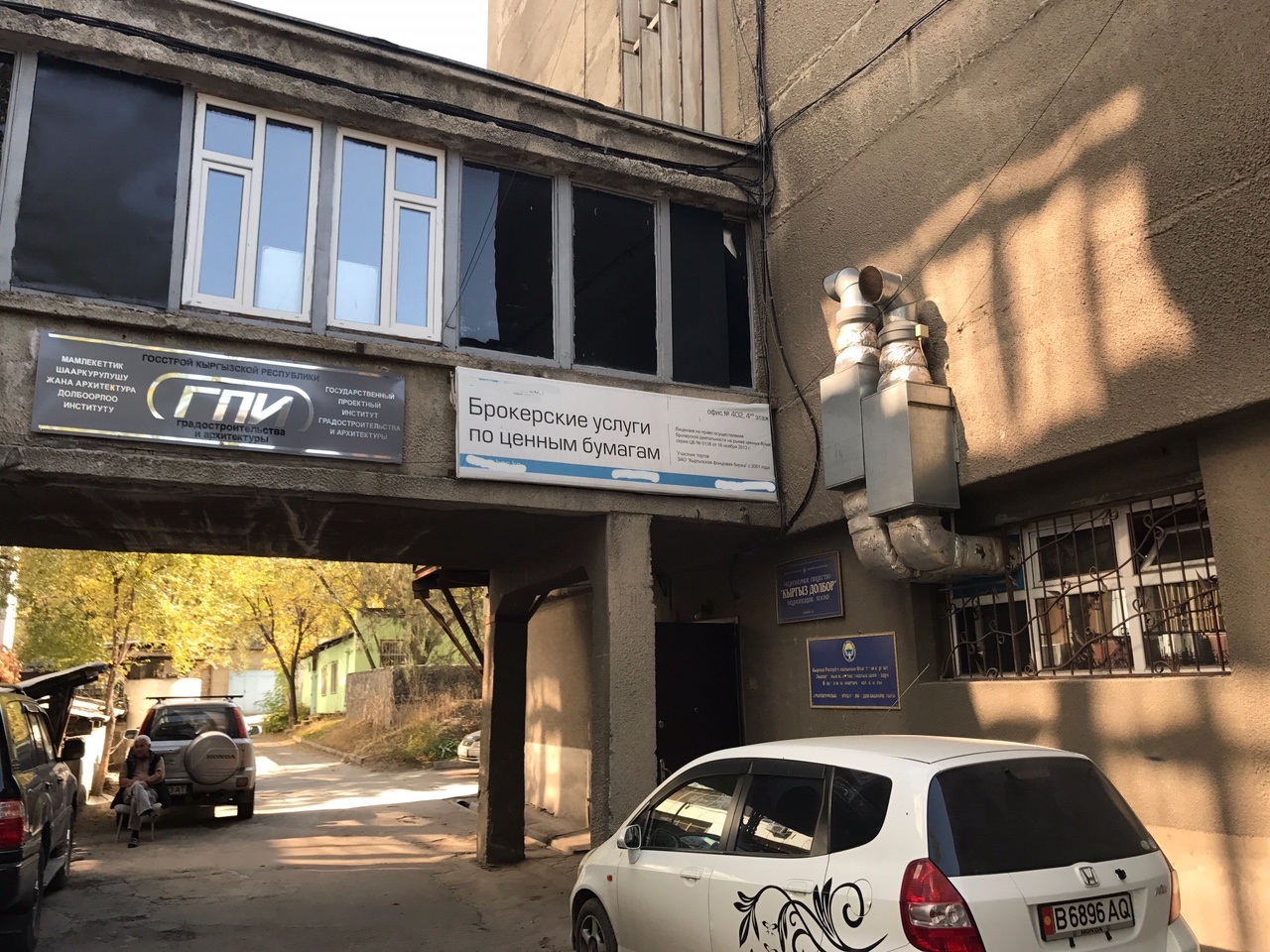 Broker: Why are you here?

Me: (This routine again?) I want to know about which stocks to buy.

Me: You’re kidding, aren’t you supposed to try and sell me something so you can earn commissions?

Me: I heard your airport monopoly is trading at a 30% dividend yield.

Broker: Yes, but it’s a bad investment. They only pay out 25% of dividends.

After a quick glance at the financial statements (naturally in Kyrgyz), I realized that not only is it at less than one times cash flow, but stated cash flow and dividends are increasing at roughly 20% each year, due to continued increases in passenger traffic.

Me: Why is this at such a cheap price?

Broker: Because no one tries to buy it.

Me: How many shares traded last week?

Me: Screw it, I’m in. I’ve certainly invested in crazier things. How long do you think it will take to buy 10,000 shares?

Me: Well, let’s get started, I want to open an account.

Broker: Wow, we haven’t had a new client in years.

Me: Aren’t you the biggest broker in Kyrgyzstan?

Broker: Yeah, we are. No one ever wants to invest.

Kyrgyzstan is an undiscovered gem. The people are friendly, the food is great and the scenery in the countryside is amazing. Even better, it is a stable country, growing at 5% +/- a year. I guarantee you that in 10 years, there will be many more tourists landing at the airport than this year, as it’s completely undiscovered, but certainly will be. Heck, I couldn’t even spell the country’s name until last week.

The moral of the story is to never stop looking for opportunities—never stop asking ridiculous questions—never stop following up on strange leads—never let your new broker’s lack of English language skills get in the way. You may actually uncover an infrastructure asset with a 30% dividend and a 20-year history of double digit dividend growth, at less than one times cash flow, at less than 20% of stated book value and 5% of replacement cost, roughly 90% owned by Kyrgyzstan’s government with a government mandate to distribute at least 25% of cash flow in order to offset the government’s budget deficit. These things really do exist, even in a world where quants are supposed to uncover these companies. The markets are never fully efficient—it just takes some vodka with friends to get there.

Now, does anyone want to cross me a block? 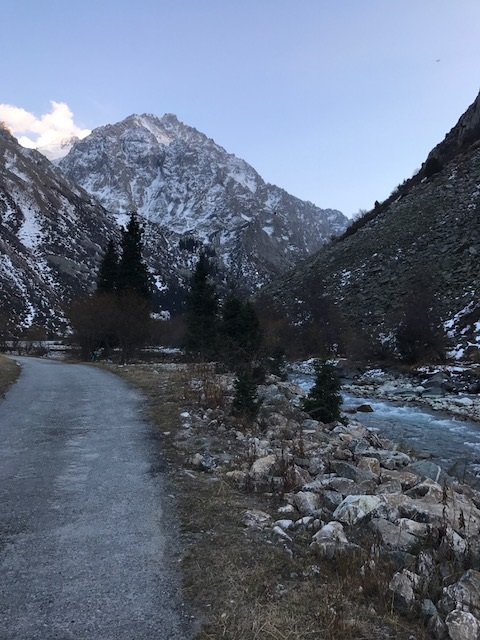 National park an hour outside of Bishkek. Pretty amazing place (too bad I was only equipped with an iPhone)