In the two decades that I’ve been investing in stocks, one of my favorite strategies is to follow very successful investors and wait for the opportunity to buy one of their holdings at a sizable discount to what they paid—particularly if the thesis seems to be playing out.

With that in mind, it is worth noting that Carl Icahn is one of the greatest investors of all time. He’s smart; he buys unloved assets, puts strong management teams in place, cuts costs, improves the business and sells out. He doesn’t get wed to a company; he’s all about cleaning up out of favor assets and flipping them. That’s how you generate the best IRRs. The holding period is important to Carl and he isn’t the type to sit around waiting for something to happen. If it isn’t happening on his schedule, he’s going to make it happen somehow. More importantly, outside shareholders tend to win when betting with Carl—which is a change over how he operated a few decades ago. 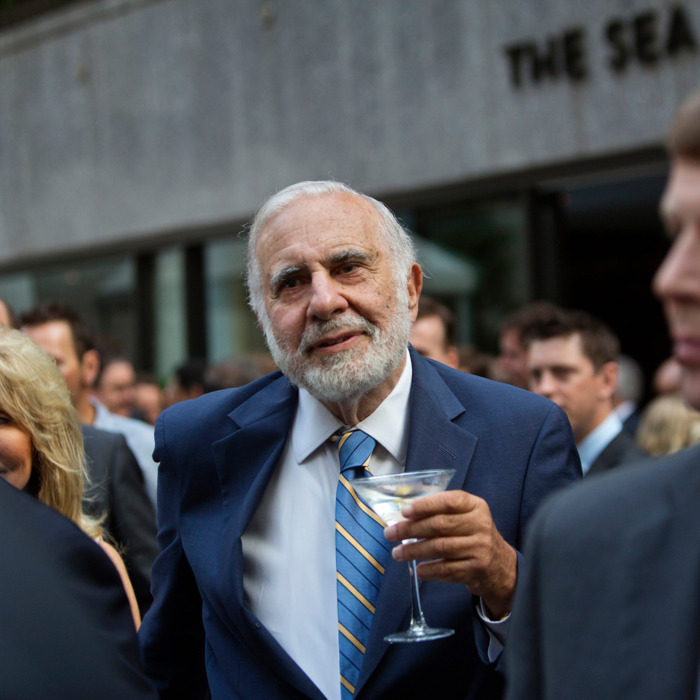 At SandRidge Energy (SD – USA) Icahn controls 5 of 8 board seats and is the largest shareholder. He paid roughly $17 a share for his shares last fall (at a time when oil was at $55 and the natural gas strip priced out in the mid $2’s). Clearly, he thought the assets were good values at those commodity prices. Since he took control this summer and replaced old management; operating costs have been cut dramatically, non-core assets were sold, contiguous and overlapping assets were acquired in a highly accretive manner and North Park Colorado results have surprised to the upside. This is Carl’s classic playbook; add value, don’t do anything stupid and get someone to overpay for the assets. We’re in the early innings of this play, but you can now buy shares at a hair over $10 or 40% less than what Carl paid a year ago. Meanwhile, SandRidge has been dramatically de-risked and transformed since he bought his shares.

So what do you get at SandRidge today? Strip out severance for old management and the costs of the proxy fight, normalize cash flows for the current cost structure, and I think you’re paying somewhere between one and two times cash flow for a company with no debt, and a pretty unlimited pipeline of drilling locations. Now, I get that shale wells rapidly decline and that you need to re-invest in order to keep production constant. However, they’re hitting it out of the park in Colorado with IRRs of over 100% and they still have substantial cash flow from their Miss Lime assets that everyone seems to despise.

While Colorado may be worth the entire market cap today, for me, the value is the Miss Lime assets. As always, when something seems too cheap, I ask my friends what I’m missing.

Me: He’s been out of SandRidge for 5 years now

Friend: I bet it’s still a house of cards and Ward is still looting it with his cronies

Me: Actually, Icahn cleaned house and put adults in place

Friend: I’d look, but I hate the Miss Lime. It’s a black hole of capital spending

Me: Fair enough—at least I know why it’s cheap

After a few conversations like that, I got a sense that investors really hate Tom Ward and the Miss Lime. They may have a point. Over $10 billion of investor capital was vaporized by Tom Ward—with a surprisingly large amount of it ending up in his pockets. Even his severance, when they finally sacked him, was over a quarter of today’s market cap—a final middle finger to investors. I can understand their anger, especially as Ward’s hand-picked replacement, James Bennett, also made a mess of things. In any case, I am willing to look more appreciatively towards the Miss Lime with Carl now calling the shots. In fact, it may be a pretty decent asset.

As I’ve noted in the past, I have a rather bullish view towards natural gas—a view that I shared before the most recent spike last week—I just couldn’t figure out the right way to express that view. You see, when everyone hates a commodity and supplies get tight, it’s likely that there’s been underinvestment. Sure, supplies have constantly been growing, but so has demand. You can increase the speed of supply growth, but first you need a view that higher prices are here to stay—not a quick spike that retraces. Looking at the natural gas curve, most market participants seem to think that mid $2’s are here to stay. They could be right, but I’m willing to take the other side of that trade. I think that users have been lulled into a false sense of security that gas will always be cheap—hence rapidly expanding usage. Meanwhile, oil shale production is underperforming expectations—hence less byproduct gas—especially as wells rapidly decline. On the gas side, there’s a hesitancy to grow when prices are low and returns are mediocre. Most gas producers seem focused on de-leveraging and dividends—not new growth. Finally, producers (these guys are the worst market timers) have continued to idiotically hedge their production and depress the price of natural gas in illiquid multi-year deferred contracts—perpetuating this feedback loop of low forward pricing leading to less investment.

Of course, new supply can come online with a lag, but the destruction of the midstream MLP Ponzi Vehicles has meant less capital investment and less take-away capacity. With higher interest rates, you need higher prices to justify new drilling and long term supply certainty to build the infrastructure to connect marginally economic drilling regions—particularly as your interest costs on new infrastructure are increasing. Hence, until the natural gas curve settles out in the mid $3’s, I suspect there will be a deficit of new production—particularly as there is a shortage of take-away capacity. Even once natural gas gets to the mid $3’s, you may have a multi-year period of underinvestment in wells along with midstream infrastructure to transport the gas.

This is what I like about the Miss Lime. I get that it’s had challenges, but the infrastructure is in place and underutilized—a legacy of billions of shareholder capital that was vaporized by past management. You can add a few rigs and rapidly crank out supply if you want—something that cannot be said about many other regions. Moreover, the existing infrastructure means that your all-in costs will be less than in other regions. If natural gas stays in the mid $3’s, those well location suddenly become amazingly valuable—remember; Tom Ward convinced Wall Street to fund over $10 billion of investment in them.

Will Carl go drill crazy? Probably not. He’ll drill a few wells, plant the seed and get some sucker to overpay. That’s his game. Meanwhile, Sandridge has no natural gas hedges in place starting January—which will lead to substantially more cash flow—especially if gas prices stay over $4 for any length of time.

If you called me an idiot when it comes to oil and gas, I wouldn’t particularly disagree with you. However, I know that buying at 40% less than Carl can substitute for a lack of experience in the sector. Over the summer, he refused to sell out to a bid at $13 a share or 30% higher than today’s quote. At the time, there was a real risk that the Colorado assets would be materially impaired in the election (Proposition 112 didn’t pass). Colorado drilling results have since surprised to the upside and most importantly, thousands of gas wells will soon be producing unhedged gas at a time when gas netback prices have effectively tripled. SandRidge has once again become a high beta gas play with a surprisingly valuable Colorado asset. The prior SandRidge taint will gradually fade. Carl is the greatest negotiator alive and he suddenly has the best hand in small cap oil and gas. Over the past few weeks, I’ve used the purge in energy related assets to make this a pretty chunky position at a cost basis of just over $10 a share—as it is insanely cheap. With the recent spike in gas prices, I have a feeling that SandRidge is about to get really fun.

Disclosure: Funds that I control are long shares of SandRidge Energy