The Profitless Prosperity Sector Will Collapse…

Lots of bloggers have opinions on the stock market. Once a year, we compare returns and see who was right. Fortunately, 2018 was another great year for the home team—particularly due to the timing of my sell everything call on October 11. Let’s look at the positions I’ve spoken about on this site in order of their mention—starting with positions held over from 2017.

Early in 2018, the management team at Aimia decided to fire-sell their assets to their drinking buddies. They actually sold one profitable company for NEGATIVE $174 million. That means they paid their friends to take it off their hands!!! Fortunately, friends of mine acquired enough shares to end this insanity and inserted 3 adults onto the board. For me, that wasn’t enough and I started a “withhold the vote” campaign which ultimately resulted in 2 legacy board members resigning and the CEO getting fired. I never thought my campaign would do more than generate a few headlines and shame some pretty awful people. There is power in numbers and I want to thank everyone who read my article and then voted to end incompetence.

Fortunately, there was so much value here that it was hard for the board of Aimia to completely destroy everything. While they may get an award for being the worst board in human history, their reign of terror has now ended as chairman Robert Brown must retire at the board mandated 75 year mark and a pet rock could do better than him—which would flip the board to 4 adults and 4 insane Canadians. Despite my anger and frustration at watching the value of my shares go up in flames, I still made exactly 100% over the 15 months from the date I mentioned it on this site. My own performance was a good deal better as I backed up the truck in the $1’s after it became obvious that the activists would win. In full disclosure, I’ve added back a few shares in the low $3’s lately

I realized a 120% gain during the 11 months I held JYNT and sold as I was a bit disappointed that revenue growth was not translating into cash flow. I suspect that I will look back on this sale in a few years and regret it. JYNT is a real gem of a business.

About a month ago, I was out drinking with a friend when he noted, “Kuppy, it took the greatest financial collapse of the past half century to take down Madoff. Why do you think Tesla will fall apart anytime soon? So what if the business is a fraud. They need a billion or 2 a year to keep the Ponzi Scheme going and Musk never has to worry about a run on the bank. It will take a lot more than faking their margins to take this thing down. There’s enough suckers to fund this thing forever…” Wise words from a friend—then again, they’re about to hit a cliff as new competing EV models arrive at a time when their tax credits disappear. Additionally, their balance sheet is a crime scene and the Model 3 is a certifiable lemon. I suspect that some exogenous event will push this house of cards over and it may just be Musk himself. In any case, I booked my Jan 2019 put spread near the lows at a $255 reference for a small gain. I recently added most of this 2019 exposure to my dramatically larger Jan 2020 put spread near a $340 reference. I think 2019 is the year where this scam implodes. 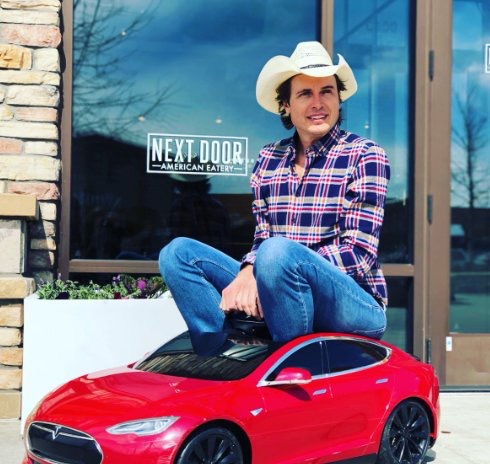 In order to improve corporate governance, Tesla took away Little Musk’s crayons and gave him a new fiduciary hat.

I sold for a 9% loss as I was worried about the debt load and management’s desire to add to their debt rather than start paying down debt in a rising interest rate environment. Since I sold, the shares are down an additional 41%. I think the shares are quite cheap here as they have a massive contract backlog and it trades at a silly low multiple on cash flow. However, I don’t want to touch it unless they get serious about paying down debt.

I succeeded in watching some nice gains evaporate and become a 16% loss before selling my Tidewater. I am bearish on shale oil. The numbers don’t work. However, easy credit has allowed the shale guys to rapidly expand production during 2018 and I think natural gas is a better way to play the coming decline of shale oil in the US. Therefore, I booked my Tidewater—particularly as the recovery in offshore drilling is postponed by at least a year and possibly more.

I realized a 169% return in just under 8 months of holding Viemed. It’s a great company and I suspect that the shares are much higher in a few years. That said, the shares became fairly valued and I prefer to recycle my capital when that happens. With the shares down over 30% since I sold, Viemed is becoming interesting again and I may re-load if it keeps declining.

I realized a 14% return in 3 months on a bet that a better bidder would show up and top Velvet Energy’s hostile bid. Instead, Velvet upped their bid and the board accepted it. I was a bit disappointed to not get a higher bid but am happy with the IRR all the same.

I suffered a 15.8% loss on this position. It is probably the cheapest stock in the US, but it is down from where I sold it—hence selling was the right decision. When demand for risk assets returns, I intend to make this one of the largest positions I’ve ever taken. I figure it trades for less than 10% of fair value and fair value is increasing at a double digit rate. I suspect I’ll buy it back for a lot less than I sold it for—hence the sale was the right move—even if it created a short term loss.

I sold for the same reason I sold my Tidewater. They’re unusually cheap but I worry that the offshore recovery is postponed and there are better ways to play the coming decline of oil shale drilling.

SandRidge is down 30.3% from where I wrote about it, meaning that Carl Icahn is down almost 60% on his shares. I suspect that from these prices, this will be my biggest winner of 2019 and I have been averaging down almost every day. Sandridge is now my largest position.

As a basket, these positions are down 26% to 35%. I suspect that natural gas is the surprise winner of the washout in shale oil. I’ve maxed these positions out as the share prices have declined and as a basket, my natural gas names are at a position limit for me. My timing on the purchase was less than ideal but everything I see, tells me that the thesis keeps getting better.

Overall, I’m sitting with some cash, a lot of natural gas producer exposure, some Tesla puts and a few names I’d rather not write about currently. Selling everything near the highs was this year’s winning move—even though I took a few small losses along the way. Every single stock I sold is down dramatically from where I sold it and I have plenty of cash to now deploy. 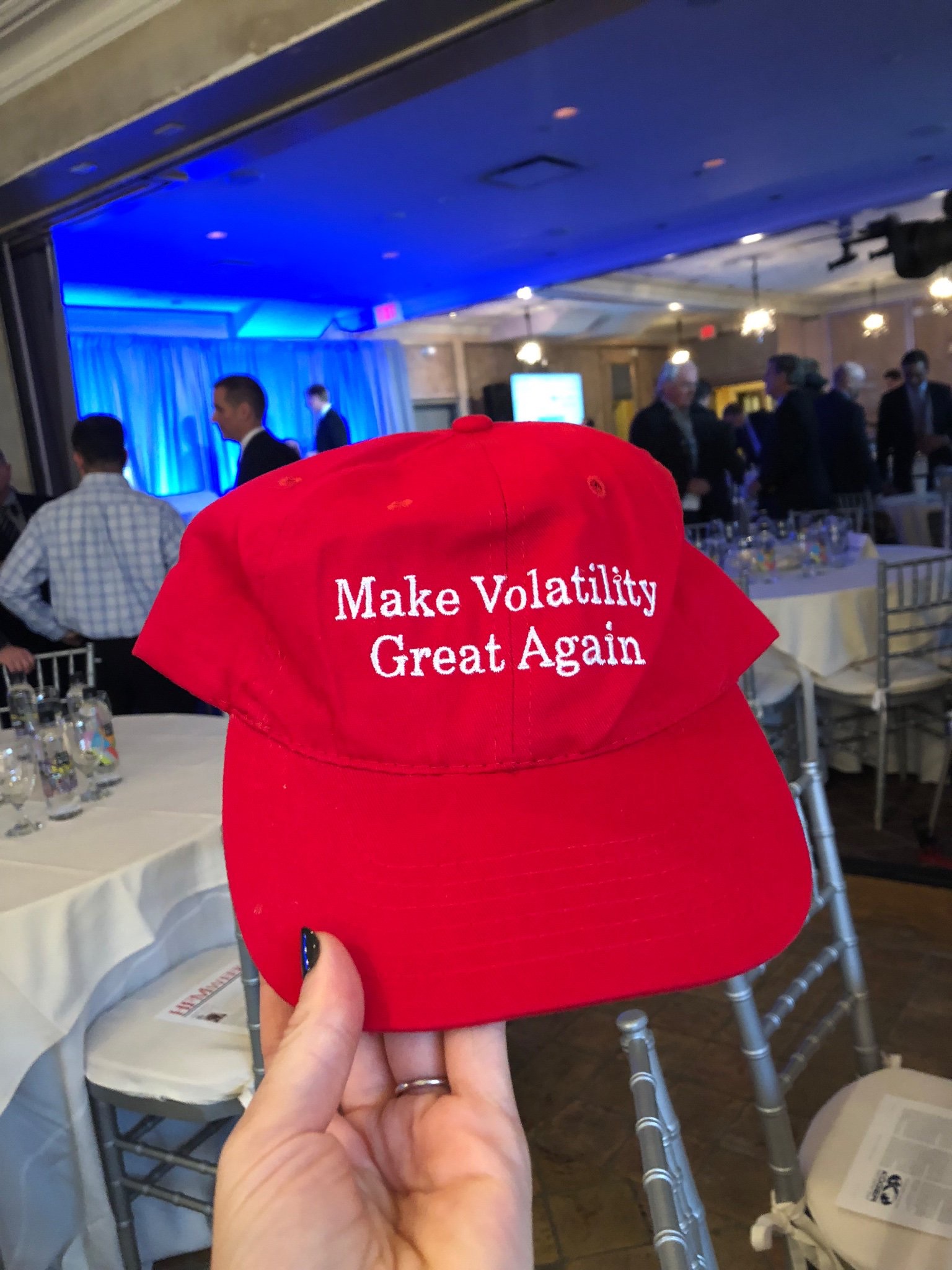 On a final note, as the stock market nears the crescendo of its selling, it is worth remembering that your only edge in investing is the price you pay. The longer I do this, the more I realize that you can get your thesis wrong or your thesis can change over time. It doesn’t matter how much research you do, you can sometimes miss an important fact or overweight the wrong facts. Pretty much anything can and often will go wrong with your research process. However, the price you pay is absolute. At the right price, almost any asset can be a bargain (assuming you aren’t dealing with a bankruptcy or outright fraud).

Therefore, as the market drops, make your list, check it twice and don’t let mark-to-market losses turn you catatonic. You need to have a plan and not let losses scare you out of it. If you liked it at one price, you should LOVE it when it’s down dramatically from that price. At the same time, during a panic, certain stocks drop more than others. Don’t forget that selling something for a small loss so that you can buy something else that’s down a whole lot more, is how you create Alpha. You even get a tax loss along the way.

Buy what’s cheapest—don’t let fear stop you. I am rather bearish on the world, but when you can buy growing businesses for less than five times cash flow because some fund is getting liquidated, I’ll do that all day long and in size. Sure, the market may keep dropping and who knows what tomorrow brings, but if I’ve gotten in cheap enough, it should mostly insulate me from whatever happens in the broader economy—particularly as many of the businesses I’m buying are immune to the overall economy or actually benefit from economic disorder.