The Spread Between Growth And Value Has Gotten Crazy…

If you had to distill today’s stock market down to one overriding narrative, it would be the flow of capital into consistent growth businesses and away from anything with the slightest hint of cyclicality or earnings volatility. I full subscribe to the market’s belief that a business with steady growth should trade at a premium to the mid-cycle earnings multiple of one with more varied earnings. There are lots of reasons for this; from the ability to support more financial leverage to the ability to reinvest capital at constant rates of return. I have never argued with this concept and have made a lot of money by investing in small cap growth companies over the years. However, the spread between consistent growth and cyclical names has now widened to a level that is downright crazy.

Until recently, I spent most of my time looking at small cap growth companies. Now, I rarely find anything cheap enough to excite me. Rather, the value seems to be on the other side of the spectrum; cyclical companies that the market has punished for the past few years—before abandoning them completely in the past year or so. How crazy has it gotten? Let’s look at Antero Resources (AR -USA) which I own shares of. 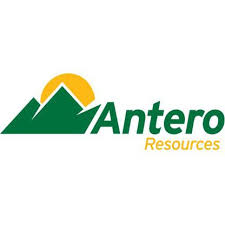 At Friday’s closing price of $7.81, the company had a market cap of $2.411 billion. It owned 98.87 million shares of Antero Midstream (AM – USA) with a value of $2.335 billion (at Friday’s closing price of $23.62). You are also promised roughly $300 million in cash from the mid-stream simplification in Q1/2019 and a $125 million payment in early 2020 related to the earn-out on the sale of the water business. Add it all up and the market is valuing AR’s upstream business at a residual equity stub of NEGATIVE $349 million (it’s worth noting that the EV is less extreme as AR does have $3.8 billion in standalone net debt). So what sort of toxic equity stub is the market paying you $349 million to take off its hands?

For 2019, at current energy prices, AR has guided towards negligible free cash flow after funding 10-15% production growth, covering interest and SG&A expense and paying out $240 million in firm transport expenses due to excess firm transportation commitments which will be utilized as AR grows. On a stand-still basis (no growth), AR likely has cash flow after cap-ex of $200 to $500 million, even after that $240 million transport commitment expense. Hence the upstream stub is cash flow positive (assuming no growth), despite depressed energy prices. You also get dividends of about $200 million from AM for free. Basically, if they stopped growing, you’d get $400 to $700 million a year of cash flow literally for less than free—with all the upside to natural gas prices in the future from one of the largest and least financially leveraged natural gas producers in the US.

In summary, I wouldn’t call this upstream stub toxic debris. In fact, I would call it some of the most valuable natural gas and NGL acreage in the world, served by multiple pipelines with several new pipelines that came online this past year, that will lower transport costs, diversify end-markets and increase net-backs. This stub asset has real value, yet the market is paying you to take it.

Reasonable people may debate the value of this upstream asset near the bottom of a 10-year bear market in natural gas prices—I’m not trying to push my case for believing that things will get better going forward—I’ve already noted that. I’m also not crying that I paid a slightly positive value for this upstream stub (net of the mid-stream assets) as contrarians are always early (fortunately I’ve been averaging down aggressively). Instead, I’m here to say this is getting crazy here. This isn’t some undiscovered pico-cap either. AR trades tens of millions of dollars a day and the upstream equity stub was worth tens of billions as recently as 3 years ago. People know it exists—they just have no appetite for anything where they cannot model next quarter’s earnings. 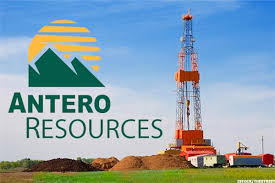 Commodities are cyclical—we are likely closer to the bottom than the top of this cycle and top-quality assets are never worth less than zero. Rather, the spread between steady growth and cyclical values has blown out to a level that creates huge opportunities. Antero isn’t a one-off situation either; I am following dozens of companies that are similarly depressed—I even own quite a few of them.

What will force this spread to adjust? I really don’t know. I just know that when something gets to an extreme, it eventually reverses. In a world where billions are at stake, if management teams cannot figure out how to unlock this value, aggrieved shareholders will do it for them. Is it any wonder that we’re now seeing buybacks in sectors that have never shown an inclination to stop growing like energy and shipping? Antero has a buyback too.

The pendulum has simply swung too far and these businesses are too cheap. While the timing is unsure, the opportunity to make a lot of money is obvious. High quality assets should never trade at a negative value.

Disclosure: Funds that I manage are long shares of Antero Resources