Clean-Up Print In The Russell…

Longtime readers of this site know that I try to avoid making big stock market calls as I feel that I have no edge there. An overvalued market perched on shaky fundamentals can always become more overvalued. Besides, opinions are worth what you pay for them—which incidentally is free around here. I’d rather focus my energy on esoteric pockets of the world that are under-analyzed and likely to offer analytical edge to those who are willing to peel away at the onion. That said, recent data seems to imply that the US economy is slowing and the pace of decline is accelerating rapidly.

I find most US Government statistics to be on par with Tesla’s (TSLAQ – USA) financial statements (ie. mostly made up). Fortunately, there are other places to seek out reliable data. I like to look at railcar loadings and trucking volumes. You don’t have much of a modern economy without stuff moving around. I like to look at automobile purchases and new housing starts as the upstream supply chain is simply massive in these industries. I analyze credit statistics and delinquency data. All across the various data points, we see a slowdown. Will it accelerate? I don’t know, but we are ten years into this economic cycle—in other words, we’re sort of due for a recession. The bigger question is what will the Fed do? I suspect they will massively over-stimulate and make the situation worse. What will the market do as this all unfolds? Who the hell knows? 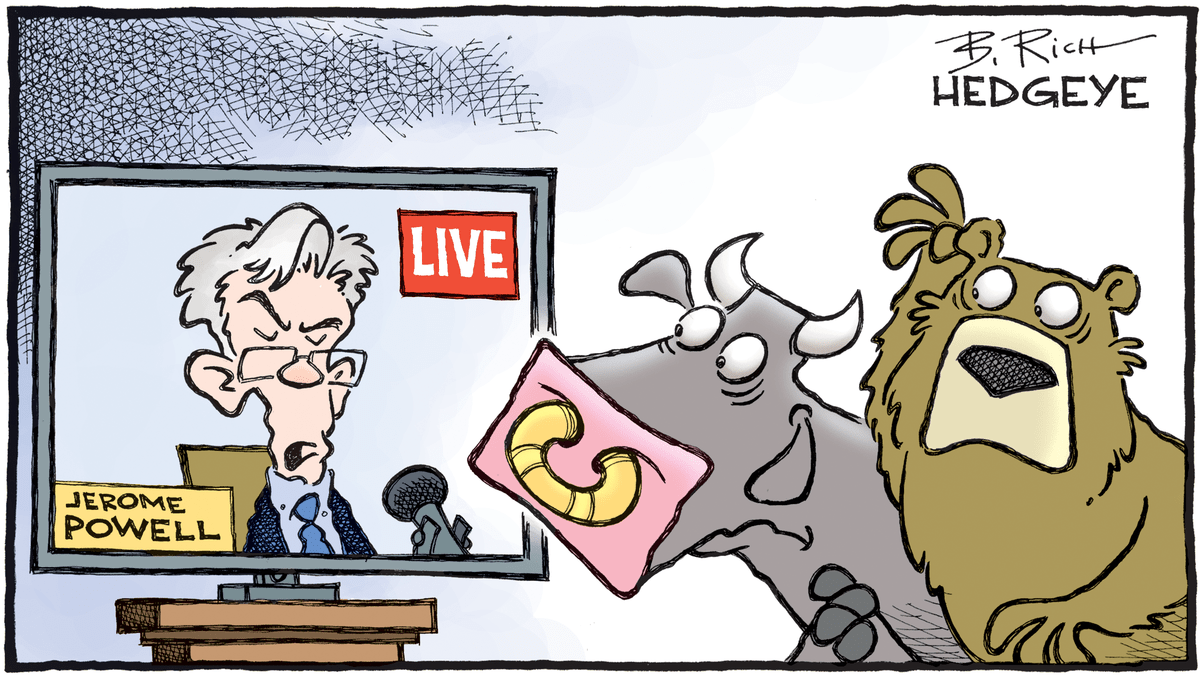 One part of me says that the stock market should decline as the economy slows. At the same time, history says that when governments print money, stock markets tend to explode higher. What if we are in a subdued version of a Weimar, Venezuela or Zimbabwe scenario where the stock market races ahead despite the economic situation? In many ways, guessing more than a few steps ahead is simply too hard. Besides, I want to buy good businesses at outstanding prices—not try and guess what the overall market will do. I simply have no edge there.

When the economy slows, the ego trade is always to short the market—either a collection of businesses or a broad-based index. I myself am occasionally guilty of the latter—until I ask myself what the hell I am doing? What if we go the Weimar route here? The losses are infinite!! I can buy longer dated index puts, but I don’t feel I have any special edge in guessing the timing of a market decline—even if implied volatility is rather affordable currently. So, what am I looking at for my book? I’m looking at “long-shorts.”

The rules of the jungle say that the most you can make on a short is 100%. The real money is made by being long. I always want to be long. In this case, I’m looking at businesses that do well when the overall economy isn’t well. For lack of a better term, I’m going to call these positions “long-shorts.” I’m the owner of a business that goes up exponentially if something bad happens.

One of my largest positions is a company named Altisource Portfolio Solutions (ASPS – USA). Its primary business is handling residential mortgage defaults. As you can imagine, that’s been a lonely place to be over the past few years and the share price reflects this fact. Meanwhile, the shares are quite cheap—even if there is no increase in their business. If housing defaults pick up, this has multi-bagger potential (more to come in a future article). 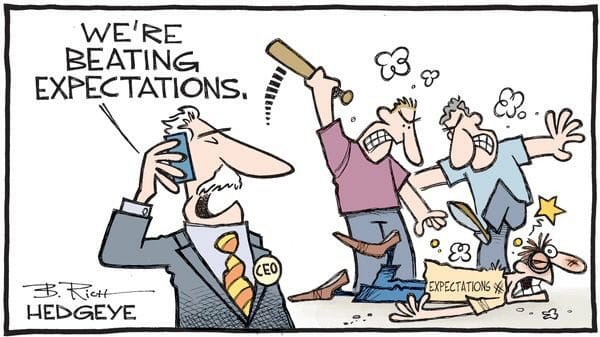 I also own natural gas producers. Thus far, I’ve been early, but I don’t think I’m wrong. An increasingly disproportionate share of natural gas comes from byproduct shale oil production along with unprofitable dry gas production. As credit shuts off to money losing producers, supply will decline at a time when demand is rapidly increasing—even if the US economy slows a bit. How will they fund new drilling during a credit crisis? With rapid decline curves; could gas go to some surprisingly high number? Those who survive the current low pricing regime could be huge winners.

I’m focusing on industries like shipping where a global recession should lead to a reduction in new vessel deliveries at a time when IMO 2020 should lead to an increase in vessel scrapping.

I’m looking at sectors like for-profit education that benefit from an increase in unemployed people seeking to upgrade their education.

I’m trying to think outside the box. Basically, I want my businesses to benefit from a slowdown or at least benefit from someone else’s credit getting cut. After a lot of expensive lessons over the years, I only invest in businesses without the near-term need for external financing. By definition, my businesses have better balance sheets than the rest of the sector. 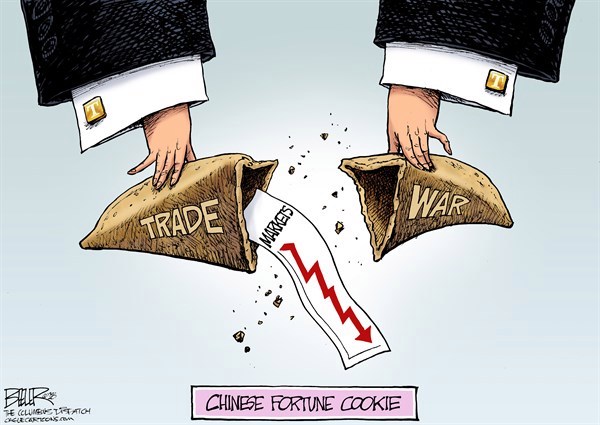 I suspect we are entering a rough patch for the global economy. You cannot undo three decades of global supply-chain development and not expect a slow-down. Businesses can deal with almost any political situation—except uncertainty. I suspect that as the world pivots towards a cycle of nationalist strongmen, cross-border investment decisions will slow. With it, global growth will slow. Slowing growth perched atop historic debt levels could lead to surprising outcomes.

I have a whole lot of cash to deploy into a slowdown. Experience tells me that in a broad-market decline, all positions get hit and “long-shorts” only start to outperform as the immediate crisis begins to subside. If we crash upwards like Venezuela (the Fed is indeed talking about cutting interest rates at all-time market highs), my companies should still out-perform. I don’t know which way it breaks because the Fed is so unpredictable. I have to be ready for anything. Most likely, we break a bit to the downside, the Fed panics and we crash upwards. This isn’t a prediction but that’s been the pattern for the past few market declines. Meanwhile, each round of Fed stimulus seems to produce less real economic growth—just more bubble creation. Following this pattern, maybe the Fed won’t be able to re-start things as easily this time around? 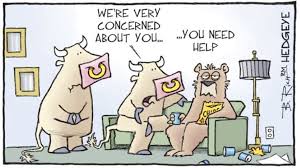 I realize this article is more of a mental ramble than what I normally write. This is because the situation is unusually fluid. Central banks don’t normally stimulate at all time highs after a decade-long bull market. Global economic blocs don’t suddenly cut off other blocs. Economic statistics don’t normally collapse as rapidly as they currently are. It’s hard to say what happens next. Technological disruption and overseas asset impairments aren’t usually bullish developments.

For the past few years, I’ve been under-invested and somewhat tactical in the special situations I’ve gotten involved in. I have been unusually bearish and it has cost me some upside. Now, I’m actually looking to profit from this bearishness—the time has come to slip into “long-shorts.” Shorting the market is the risky man’s route as anything can happen. I want to think outside the box—there are untold ways to be invested in “long-shorts” that dramatically outperform because of what happens in our crazy world. The opportunities are only limited by your own vision of the future. There are a lot of ways to have multi-bagger upside potential right now—shorting ain’t it. As the news gets worse, don’t get suckered into shorting. It’s too risky with the Fed out there threatening to stimulate. Instead, seek out the “long-shorts.”

Disclosure: Funds that I control are long shares of ASPS, AR, SD