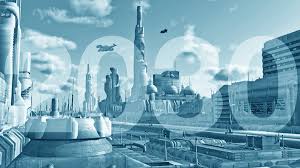 The year is 2030 and the S&P just broke the 1 million level following an algo-induced short squeeze after Trump tweets, “President Ivanka headed to China to negotiate an even better deal for USA. Chinese seriously intimidated because she’s hot.” It has now been 12 years, a trade deal is nowhere in sight and despite a global economic collapse, the market still rallies 2% every time Trump tweets that a deal is close—which happens just about every day. The occasional down days are the result of rumors that the UK has scrapped yet another BREXIT plan.

The Russell 2000 officially announces that during its annual re-balance, it will remove all profitable companies as “no one wants to own those anyway.” Going forward, the only requirement for index inclusion is a 5-page corporate presentation showing how your business has a TAM of at least 1% of global GDP.

In other news, the Federal Reserve is debating if they should lower the Fed Funds rate another 100bps to negative 101% and break the “neg 100 barrier” in order to achieve their 2% inflation target. A loaf of bread now costs USD $100 million but the Fed stands by their excel model known as “OFFICIAL HEDONICS MODEL_everyone_please_work_off_this_version_v9” Despite millions of hours of billable work, McKinsey still cannot figure out how to fix the circular reference that keeps crashing the 2,000 tab model.

Tesla is the most valuable company on earth. In 2023, Musk chose to exit the car business by locking the doors to the Fremont factory and setting it on fire. Due to shoddy record-keeping, no one knows how many workers died in the worst work-place tragedy in US history. CFO Zach Kirkhorn’s crayon on construction paper count system is indecipherable to investigators. After Musk tweeted that, “they all said they were willing to die for The Mission,” the US government drops all investigations into the fire and Musk re-focuses Tesla’s business model entirely on tweeting rumors that the Flying Saucer Reveal Event is coming soon. Algos panic buy Tesla shares every time he tweets a saucer GIF. Analysts regularly upgrade the stock based on his creative use of emojis. Thousands of innocent pedestrians are killed each year by legacy Teslas on auto-pilot. No one in the NHTSA seems to care as “getting Tesla’d” enters the global lexicon. 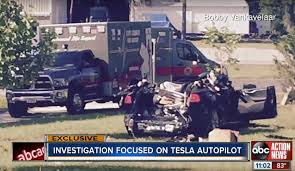 WeWork is now the largest owner of property globally. 80% of all people live in a WeHome. Operating losses run at three times revenues. Softbank keeps funding the losses with up-rounds in order to mark-up its own book. There are now hundreds of public hold-cos with fully controlled VC deals participating in similar Masayoshi Schemes. The prevalence of these Masayoshi Schemes leads investors to characterize Ponzi Schemes as small-time amateur frauds for retail investors. Silly Madoff was only thinking in billions while Softbank will collapse the whole Japanese economy when it fails.

As ETF managers run out of shares to buy that aren’t already owned by other ETFs, ETF management groups focus on building ETFs of ETFs. Leading-edge firms create ETFs of these ETFs affectionately as “ETFs Cubed” or just “Cubes.” ZeroHedge continually warns that the supply of Cubes will run out when firms start creating ETFs of Cubes—most of Wall Street warns “this could never happen.”

Natural gas now trades at 5 cents as US E&Ps continue to out-spend cash flow by 300%. They appear to have unlimited debt funding access as they are the only global debt issuers still offering a positive interest rate yield. Despite two decades of lies, investors still stubbornly believe that this is the year that E&Ps will spend within cash flow.

Compounder Bros. LP is the world’s largest hedge fund. Their pitch deck notes that had you paid 50 times revenue for any SAAS company 10 years ago, you’d have out-performed every other asset class on earth.  1000 times revenue is actually cheap if you play it forward another 500 years. Berkshire Hathaway’s focus on earnings shows just how out of touch Buffett really is. Multiple activist funds have launched campaigns against each other over how to break up Berkshire and “financialize” the various components.

The year is 2030; I keep my sanity by writing satire at https://adventuresincapitalism.com while managing my hedge fund, invested in companies now trading for less than half of 1 times cash flow. I swear that 2031 is the year for mean reversion…