On Getting Antero Wrong…

Getting Ready For The Stock Market Crash…

Miami Real Estate Is About To Collapse…

Miami has a highly cyclical property market where the magnitudes of the booms and busts dwarf anywhere else in the country.  In my experience, trends in Miami real estate also tend to lead national trends by a few quarters. Therefore, smart guys always watch Miami.

Roughly a year ago, I noticed that Miami property prices started to decline after a two or three-year period of leveling off. The pace of decline has clearly accelerated recently. Most properties on South Beach (where I live) are off by 20 to 35% from peak prices, but that is nothing compared to the carnage across the bridge in areas like Brickell and Edgewater. 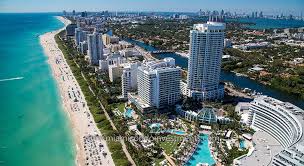 Why are prices dropping? It’s more than simple supply and demand—though the glut of new supply is clearly part of it. Rather, your typical condo has a carrying cost of 4-7% of fair value before financing costs (property tax/condo fees/insurance/maintenance/special assessments/etc). This adds up fast when a property is worth hundreds of thousands or even millions. It is pretty much mathematically impossible to have a positive yield from buying and renting out a Miami condo (trust me, I’ve done the math many times). The only way owning is viable, is if prices go up and allow you to extract capital to fund the carrying costs—though debt service then makes the monthly cash flow even worse. The basic law of Miami condo pricing is that if prices stop going up, they collapse due to the carrying cost. Suddenly, it seems as though a lot of owners are becoming financially distressed—forcing them to hit bids at a time when demand is somewhat lacking.

With all of that in mind, I got drinks last weekend with a buddy in the hard-money lending market to discuss the state of the market. For those of you who are unfamiliar with hard-money lending, these are loans made on the basis of the asset value, not the ability of the borrower to pay. In fact, in some cases it is assumed that the borrower will not repay the loan and through penalty interest, you rapidly chew through their equity and get to own a high-quality property at a great initial entry price. This works well in an up market. How does it work when things go no-bid?

Me: You said that 3 months ago…

Friend: It’s different now, the whole system is jammed up.

Me: What do you mean?

Friend: Before, when a borrower would default, we’d put him into penalty default interest (which is 25% on loans over $500k in Florida).  My business is to underwrite safe loans and to clip a coupon, not to own real estate.  The lenders that ARE looking for big returns (and risks and headaches) on real estate watch the public records for notices of defaults and then barrage the distressed borrower with offers of 12-16%, interest only private loans… not any borrower’s idea of a good time but still better than 25% default rate plus legal fees.  These offers often come with periods of prepaid interest that temporarily take some pressure off the borrower… but also help sharpen the axe for when it finally falls (larger, artificially inflated final loan amount).  We could play these same games with the defaulted borrowers, but my investors want the defaulted paper off the books—we don’t want to re-possess the property and have to sell it. Our specialty is underwriting—not foreclosure. We’re happy when someone takes our problems away.

Friend: The story usually ends with a “fire sale” of the property by the defaulted borrower or by the lender (after foreclosure).  End users are seeing that the “fire sale” price may very well be next quarter’s market price, and the units aren’t moving.  Even the County foreclosure sales, which have been loaded with fix-and flip reality TV fans bidding 110% of value for the past 5 years, are seeing below market priced deals with no bids.

Suddenly, no one wants our defaulted borrowers. The shark lenders are all jammed up with loans they poached last year. They used to be able to recycle their capital by selling the assets, but now they can’t. This means that no one is buying the distressed loans off our books without demanding a discount on principal. The whole conveyer belt is frozen. Even a few months ago, there were still idiots from out of town, or kids with daddy’s offshore money who’d come down here with a new hard money-fund and make stupid decisions. Now those guys are jammed up too or at least they’re not coming down here anymore. This means that we need to now take possession of our defaults.

Me: How’s that going?

Friend: Lemme explain it this way. We underwrote this one deal two years ago for a $3.4 million purchase of a new construction condo, we leant $1.5 million against it. The guy defaulted and we’re up to $2.0 million in principal and default interest and we took possession—figuring we were plenty protected by over a million in equity left on the asset. Remember, our basis is $1.5 million. Well, it’s been for sale for 9 months now. It may not even trade with a 2-handle. Meanwhile, I’m stuck carrying the thing—which isn’t cheap. I have no idea how to even sell it. We’re on our 3rd broker now. No one has a clue what to do with it, yet these assholes keep building more product.

Me: Welcome to the Miami property cycle. If your build cost is $300 a foot and you think you can sell it for $700, you’ll flood the market. Once you’ve made a “go decision” you’re gonna finish the thing—even if you only sell it for $200 in the end.

Him: It’s even worse. Every month they break ground on hundreds of additional units when the existing ones won’t sell. Some of the most high-profile buildings have had less than 50% sell-through and the majority of what’s “sold” is immediately dumped onto the market unfinished and unfurnished, below the developer sale price for fear that the developer will drop his price and leave these guys even further underwater. Pretty soon they’ll all be forced into another round of price cuts. It makes no sense to build more, but they keep doing it!!

Him: Are you f*cking kidding me? I’m charging these guys 10% because they cannot get traditional loans. They can cut a few points off rates and it wouldn’t matter. Besides, the guys who qualify for real loans are all selling because they cannot hold onto their own properties. That’s why every third unit is suddenly for sale. Prices stopped going up and the whole thing blew apart and now there’s no buyers. Remember, the price for a whole building is set on the last trade. Banks look at the data and won’t underwrite new loans. 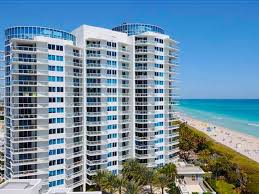 Me: So, what are you doing to clear these bad assets?

Him: I have no idea. I’ll probably smack the bid wherever it is and take the hit—before someone else does. At least I won’t have to keep making condo payments and 2% property tax payments. My fund has basically stopped lending on condos and is well below 50% LTV on everything else. We’re building cash. I don’t want any more of this crap on my balance sheet!! A surprising number of my existing loans are starting to go bad. I know what my competitors underwrote, trust me, they’re in MUCH worse shape. They underwrote all sorts of nonsense that I wouldn’t ever touch. I’ll be fine, but they’re toast.

Me: …and Bank of Ozarks? Haha

Him: They underwrote the stuff the local hard money boys wouldn’t touch at 15%, but those jokers got paid fed funds plus 3 to take the risk. We should build a fund to pick at their carcass in 2 years. Good thing they just popped down a new branch in Sunset Harbor. We can use it as the REO office. Haha

Me: Why isn’t any of this showing up in the data yet?

Him: Most traditional borrowers have money and are trying to hold on. Besides, property is a slow burn process. Guys are in extreme pain, transaction volumes have collapsed, properties on offer have exploded. Eventually someone blinks, people realize where the real marks are on their assets, then they ask themselves why they are paying 10% a year to hold onto something that they’re underwater on and dropping in price. It’s going to be just like 2009. Wait 6 or 9 more months. They can take rates to zero, it won’t matter. That’s not the key cost of holding these things anyway.

Me: Will it really be as bad as last cycle?

Him: Last time, a lot of the stuff that defaulted was upper middle-class product. It just needed lower prices and it eventually cleared. This time, the glut is fake “super-luxury.” 3,500 ft units with private exterior jacuzzies don’t ever clear. The property tax is $50,000 alone. Who the hell can afford this stuff? You can give it away for free. A middle-class guy cannot afford to hold it. Last cycle, it was a few hundred units of high-end that went bad. Now you have whole city blocks that are nothing but high end. 200 units per building. There’s thousands and thousands of these things. The property prices can halve and that means the property tax halves, but you’re still paying condo fees and remember, when your neighbors stop paying, you’re on the hook for their payments.

There aren’t enough rich Venezuelans and Russians to buy all these units. Besides, those guys aren’t buying here anymore. They’re scared of Trump and they’re broke anyway. This time it really is gonna blow…

Me: Sweet!! Lemme know when I can get a great deal on something nice.