My Discovery While On Vacation…

One If By Land, Two If By Sea (My Caribbean Vacation)

Friend: Kuppy, have you lost your f*ckin’ mind? You’re not the sort to sit at the beach and drink a piña colada.

Me: Who says I’m at the beach?

Friend: Well, you’re certainly not shopping at Duty Free… What else is there to do in the Caribbean?

Me: You’ve traveled the Caribbean by cruise and missed it all. Come join me. I’ll change your mind fast… 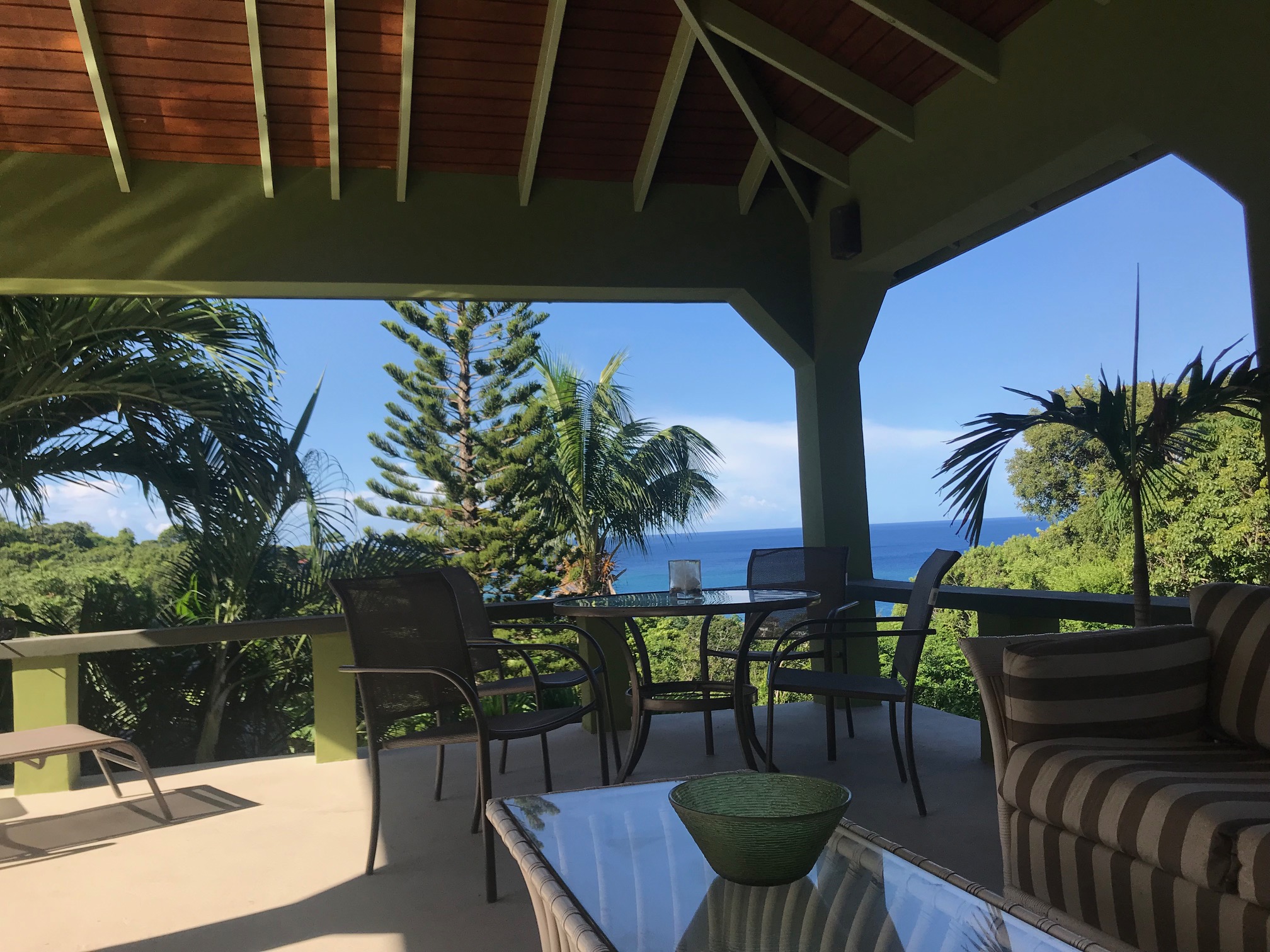 What beach? I spent a few hours a day on this patio in Montserrat soaking in the breeze and reading my kindle

If you’re the cruising type, you’re missing out. You disembark into a fake village owned by the cruise company, shop and dine at their affiliated stores, visit locations they’re somehow monetizing, go to the beach they control and then leave by sundown. Actually, I’m making this all up—I haven’t been on a cruise since I was in my early teens. It was fake and miserable then and I’m sure it’s even more commercialized now. There’s a reason most people in the Caribbean see cruise travelers as modern-day locusts who visit; spend little with businesses on the islands, add nothing and then leave before sundown. If you’re part of this crowd; sorry, you’re doing island travel all wrong. Leave the cruise routine. Go enjoy the islands a few days at a time and learn how to live a little. The Caribbean is one of the greatest and most underrated tourist locations on earth—each island is dramatically different with different histories, languages, cultures, scenery and culinary traditions; yet they’re remarkably close to each other, connected by flights and ferries. It’s easy to get around (mostly). If all you do is go to the cruise-ship sponsored beach, you’re missing out on some of the greatest places on earth. The Caribbean islands are remarkably close to America distance-wise and for some odd reason, never fully experienced by most people I know.

Last year, I traveled to Italy to visit Pompeii, yet few people realize there’s a modern Pompeii a few hours from America in Montserrat. Plymouth, a city of 10,000 people was buried by a volcano in 1995, yet less than 8,000 people a year care to visit—it’s the forgotten island. I was there in 2005 and it was downright fascinating. After staring at Montserrat for a week from Antigua (it’s the closest large island and visible from all the southern and western beaches), I figured I’d stop by to see what’s changed. Besides another 30 feet of ash and mud, nothing at all seems to have changed—though, the population has roughly doubled as people slowly return. Then again, 4,000 people isn’t much of a population. After a few days of driving the main road back and forth from the only 2 edible restaurants to our hotel, I was already on a “hey mon” basis, with half the country. At least the culinary tradition has evolved from microwaved Chef Boyardee—the only thing I ate last time I was there. 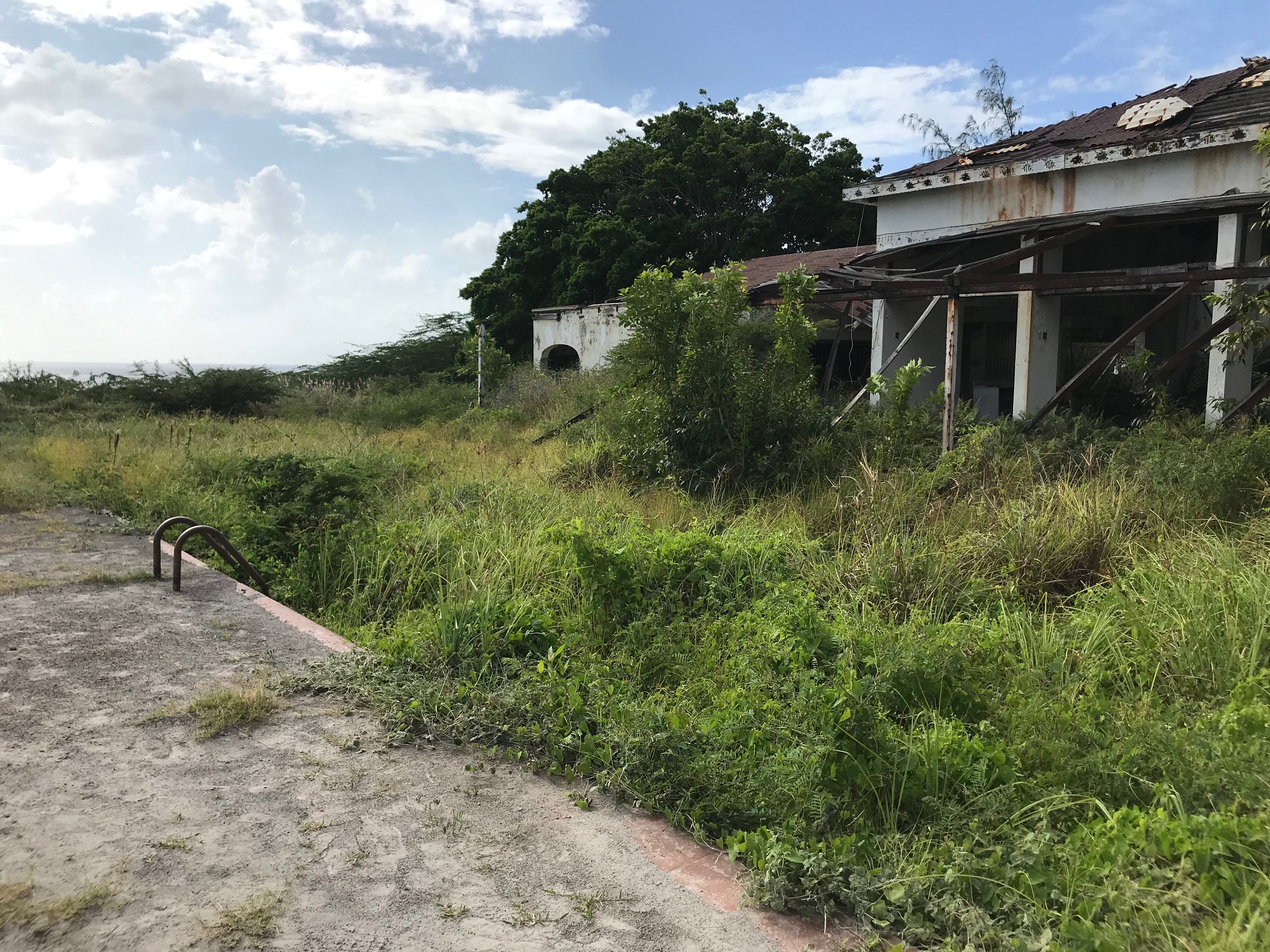 The abandoned Vue Point hotel in Montserrat destroyed by the eruption. I was standing next to the old pool when I took this picture

Taking a step back, do you realize there’s an active volcano you can visit a few hours from Miami? It is spewing smoke that you can watch from a black sand beach only a few miles away. Fascinating, right? Yet, potential tourists don’t seem to care. In fact, most of my globetrotting friends, well versed in obscure regions, have never even heard of Montserrat.

I spent the week before in Antigua. Yeah, Antigua is mostly about the beaches. It’s partly commercialized but in a sophisticated classy way. Then again, after four days in Montserrat, where nothing has been built up, you get to realize that a bit of development may not be such a bad thing. There are amazing hotels and beaches in Antigua. October is a month before on-season starts. Everyone was glad to see a tourist after a six-month drought. You go to Antigua to relax and get away from everything. Dozens of beaches are literally abandoned. You show up, park the car, spread your towel and there’s no one for a mile in either direction. Try doing that anywhere in America. Want to really absorb a deep book? Bring your kindle and just get to reading. There’s nothing to distract you except the waves and an occasional bird. I’m not the sort to do a relaxed vacation, it’s anathema to who I am, but I spent a week within 5 miles of my hotel in Antigua and wasn’t at the same beach or beach-bar any single day. Try doing that somewhere else.

After Montserrat, I wanted to go somewhere that no one else goes. Unfortunately, it’s easier to get to Mars than Saba from Monsterrat. I settled on St. Lucia and wasn’t disappointed. St. Lucia is something of a hybrid between Antigua in terms of having people and civilization, yet still rugged and lush with rain forest like Montserrat. There are volcanoes everywhere. Hell, I climbed one and 3000 vertical feet later, realized my knees are getting a bit old. Once again, beaches everywhere. Yet, Antigua and St. Lucia are worlds apart in terms of culture and food. If I told you St. Lucians prefer the soppiest US country music out there, you’d tell me I must have had a few too many rums. Yet, it’s true. All the bars and restaurants play country music like you’re in Kansas.  It still boggles my mind. 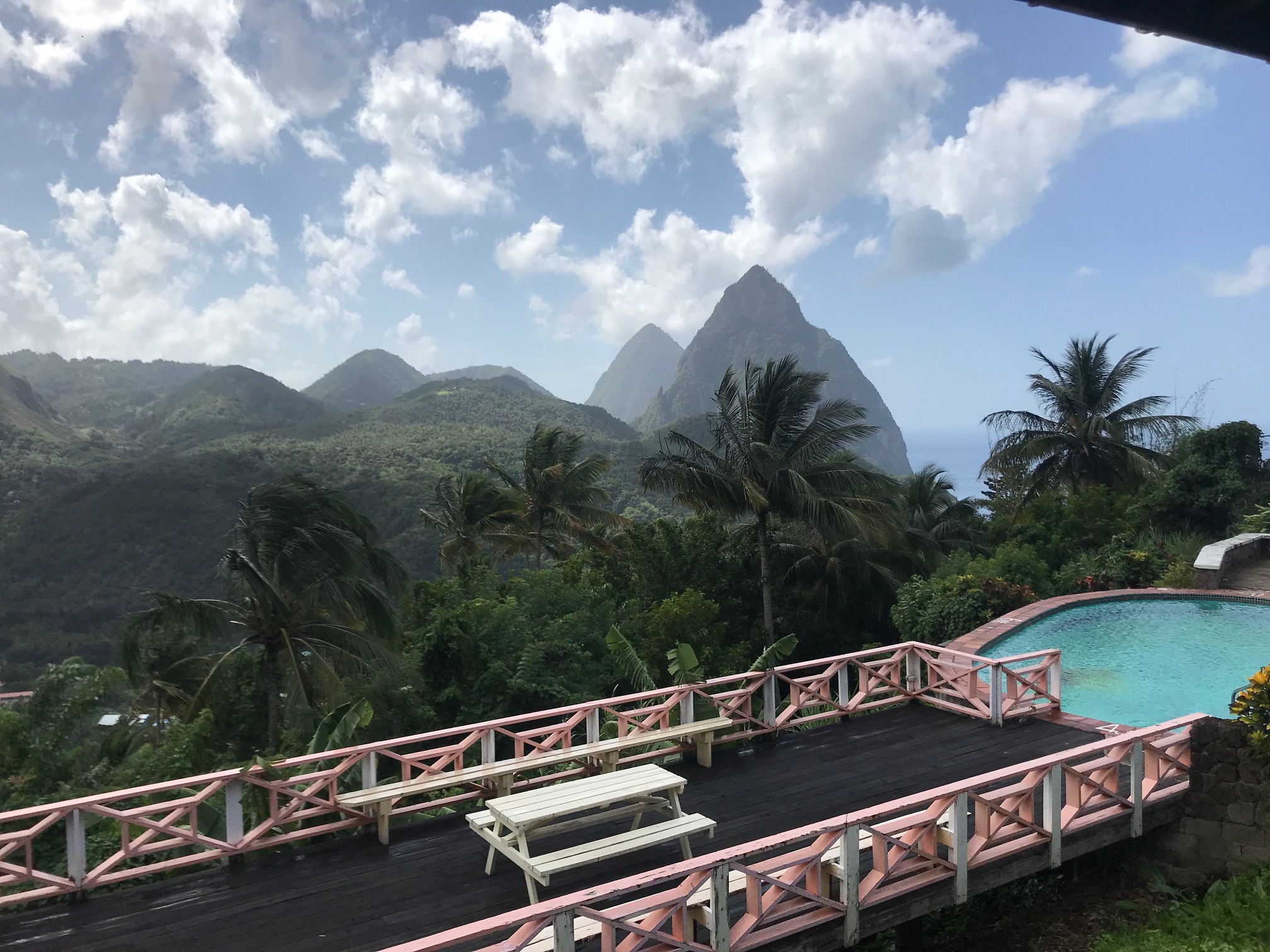 View from my hotel in St. Lucia, Pitons in distance

Look, I have no great investment thesis here—no knowledge to share. I like to pickle these articles with history and insight. Do you really want to know how slavery made a few white guys rich? Want to know that each island changed ownership a few dozen times over four centuries of constant European warfare? Want tour pictures of dilapidated forts with cannons? I have a history degree—it’s my passion. Even I started to roll my eyes as I read the history of these islands. It just isn’t interesting. What’s interesting is what the islands are today. They have their own stories and those stories seem ignored.

I’m a huge proponent of going to strange places that your friends don’t visit—it helps fill in the gaps in our collective knowledge. Do you know anyone who’s spent a week per island on a few of the Caribbean islands? It’s so close, yet no one does it. Everyone swears “they’re all the same.” I’m here to tell you that’s simply ignorant thinking. Each island is unique and after a few days, you can just hop to the next one and start the adventure all over again. I have been doing this all my life—yet I still haven’t been to all of them.

When I have a bad investment, I like to get away and clear my mind. Fortunately, I don’t have to go far. The Caribbean is literally on my doorstep—yet a world away. I’m now back in Miami and getting back to business. After three weeks, my mind feels re-focused…

(scroll down for my vacation pics) 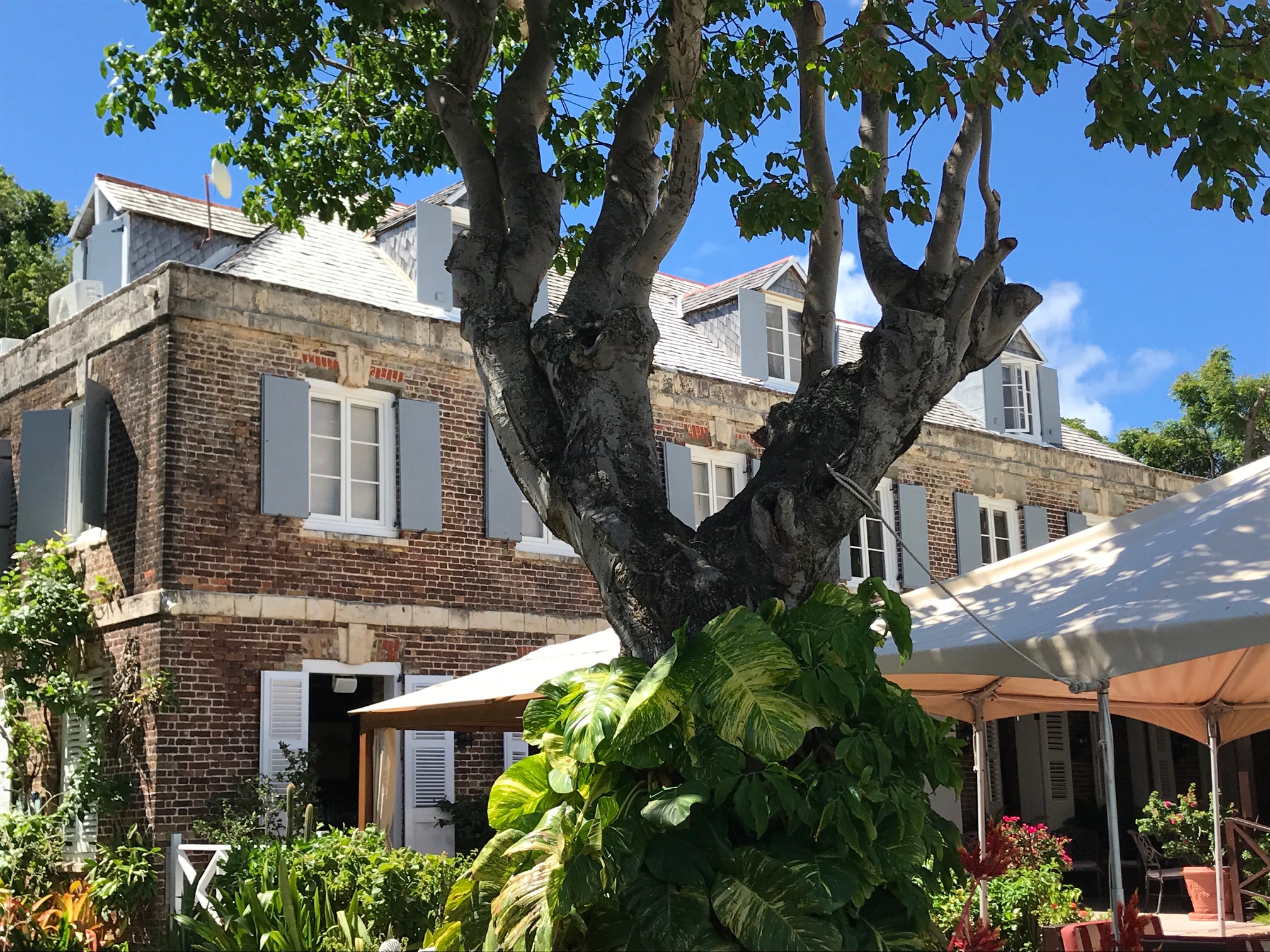 300 year-old English barracks were turned into an amazing hotel in Antigua. Would definitely stay there again. 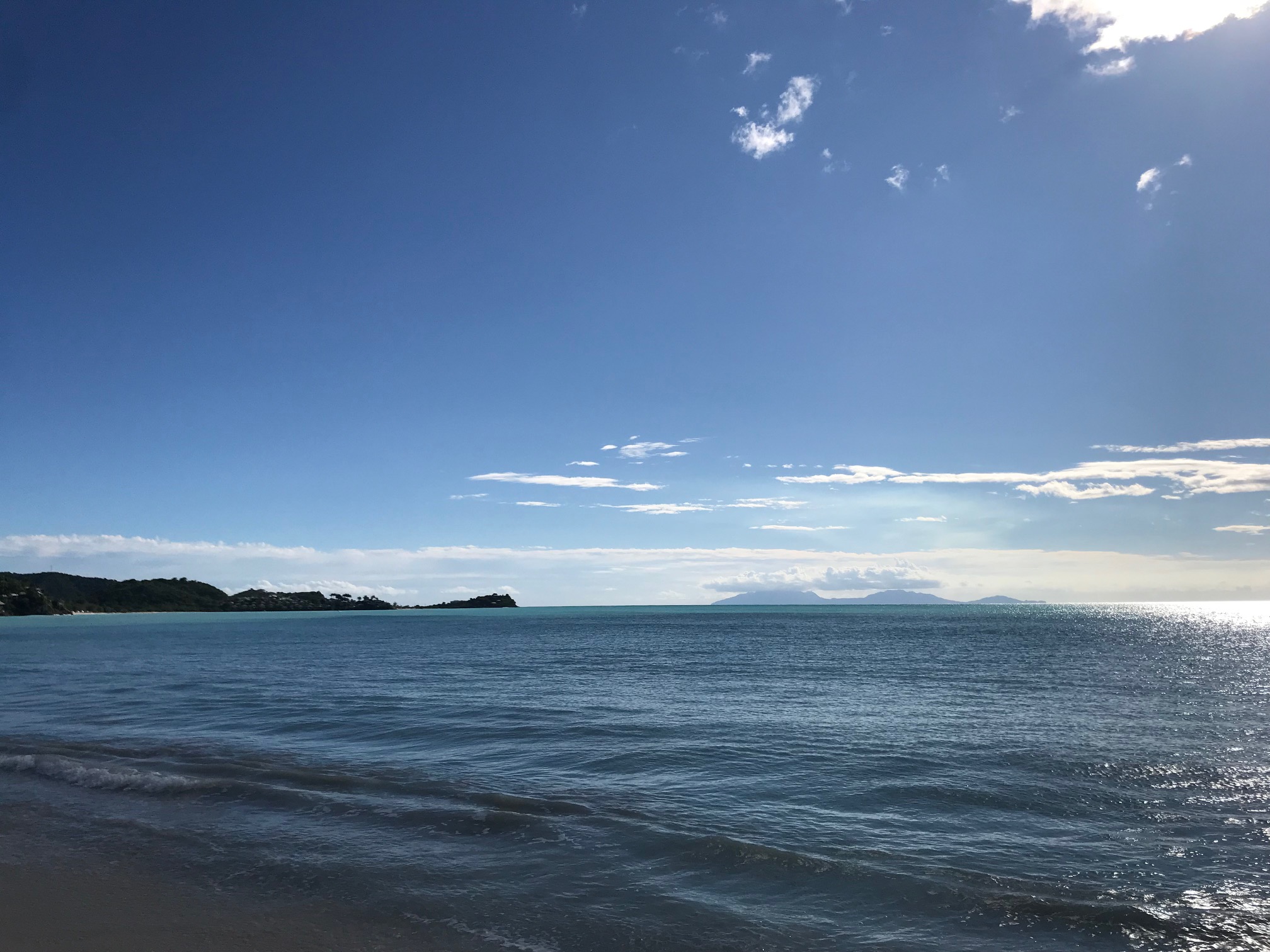 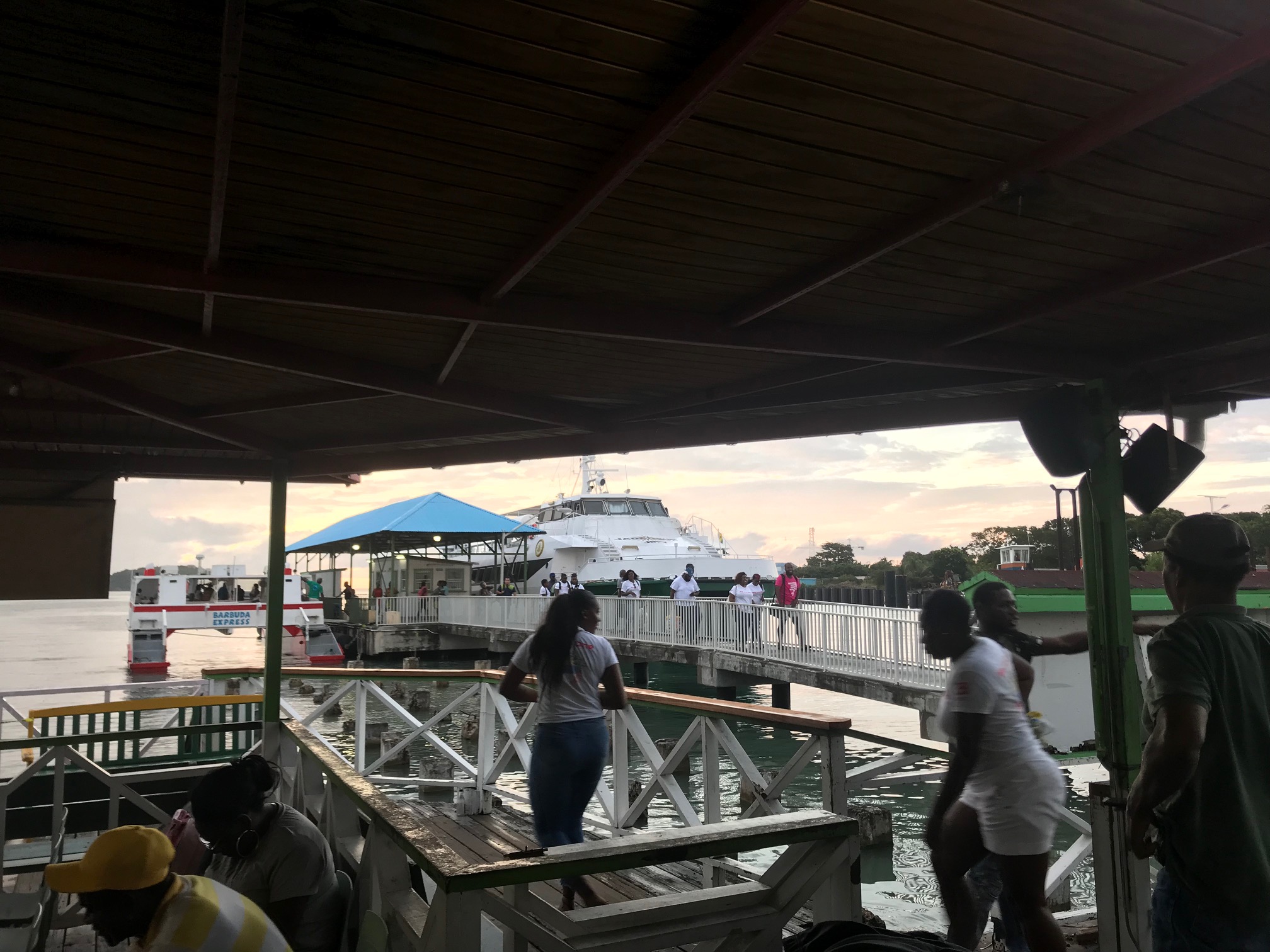 Was I the only hedge fund PM to ride the ferry this year? 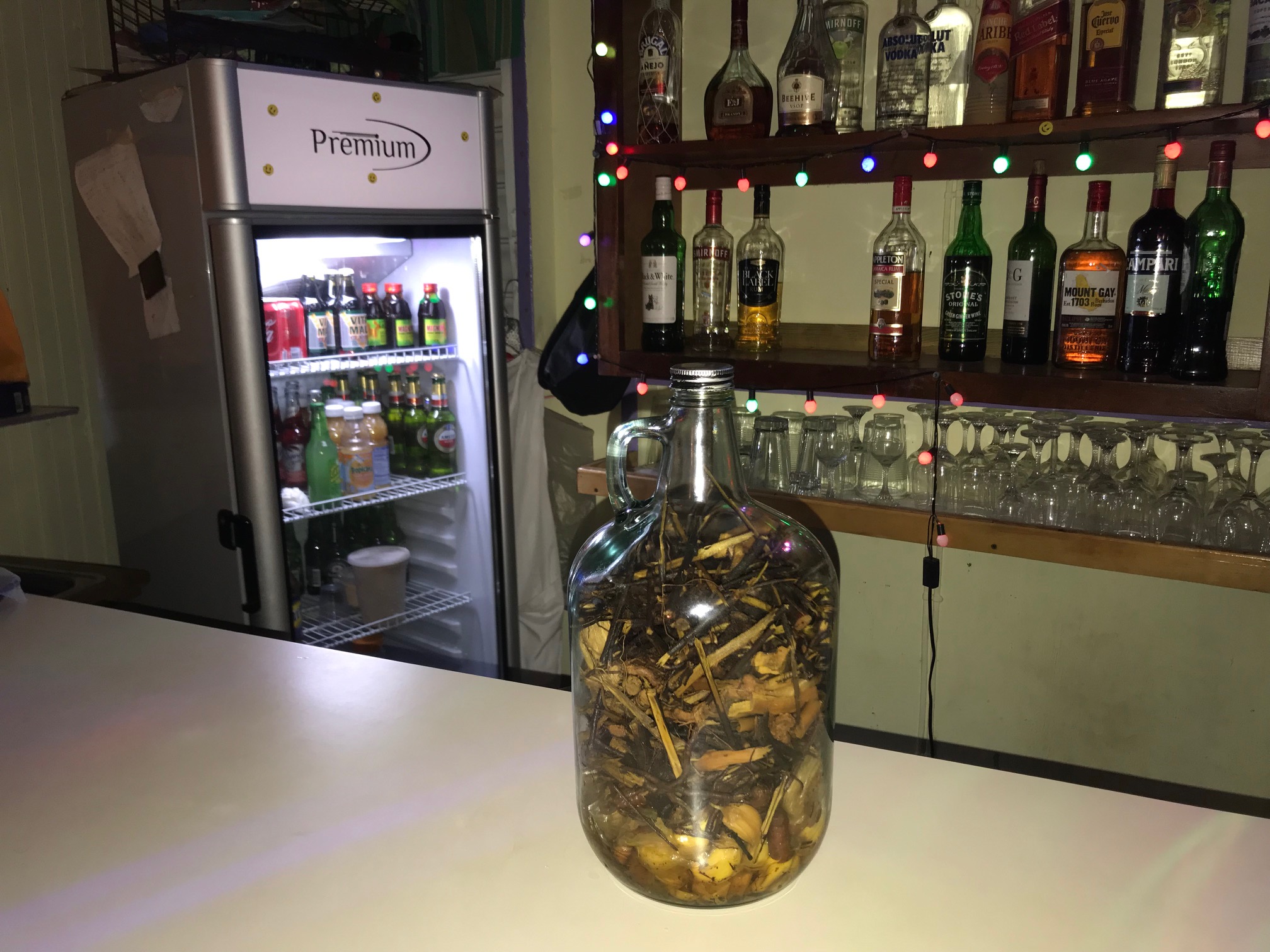 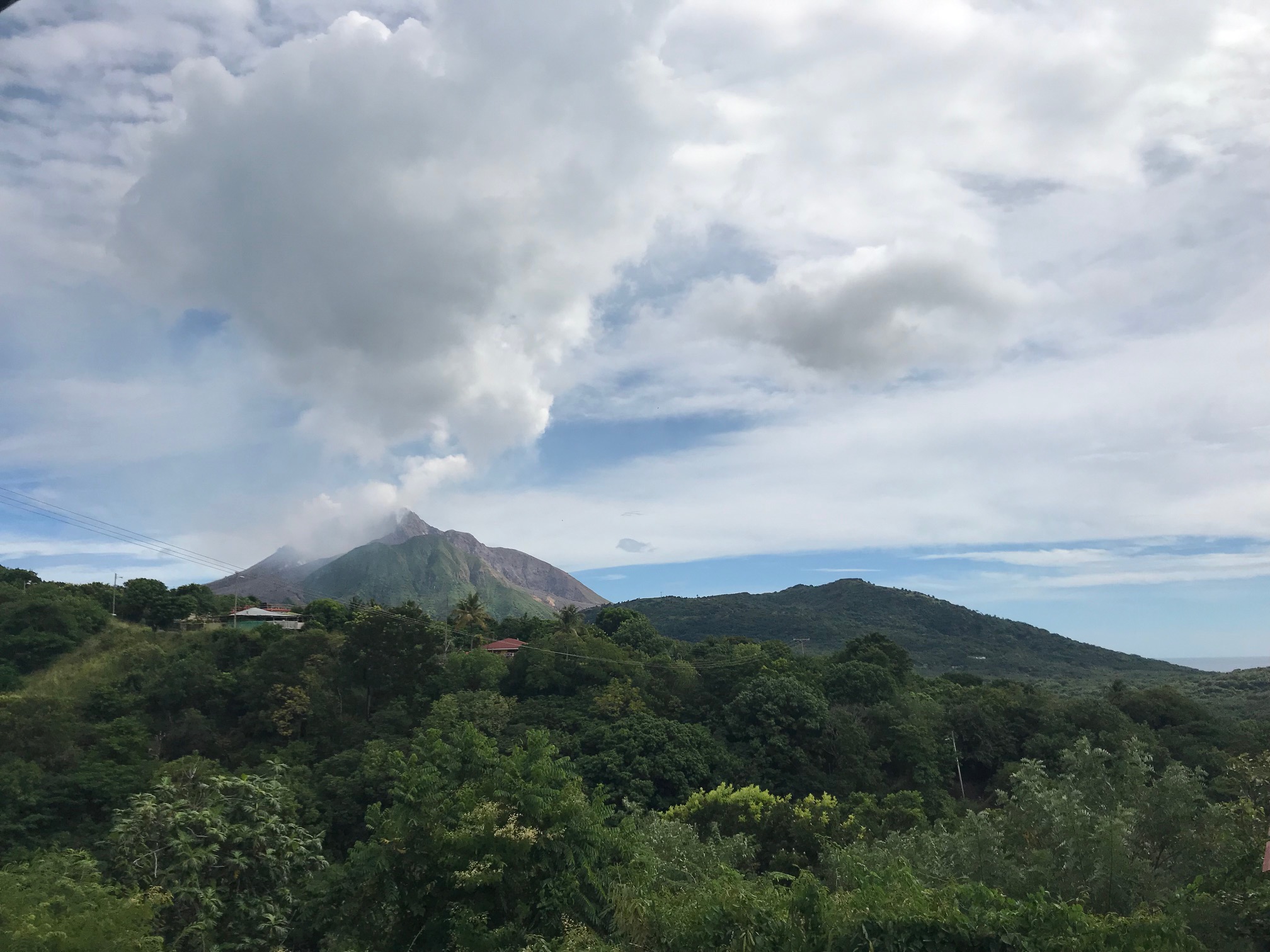 The volcano in Montserrat, just a few miles from our hotel and still spewing smoke… 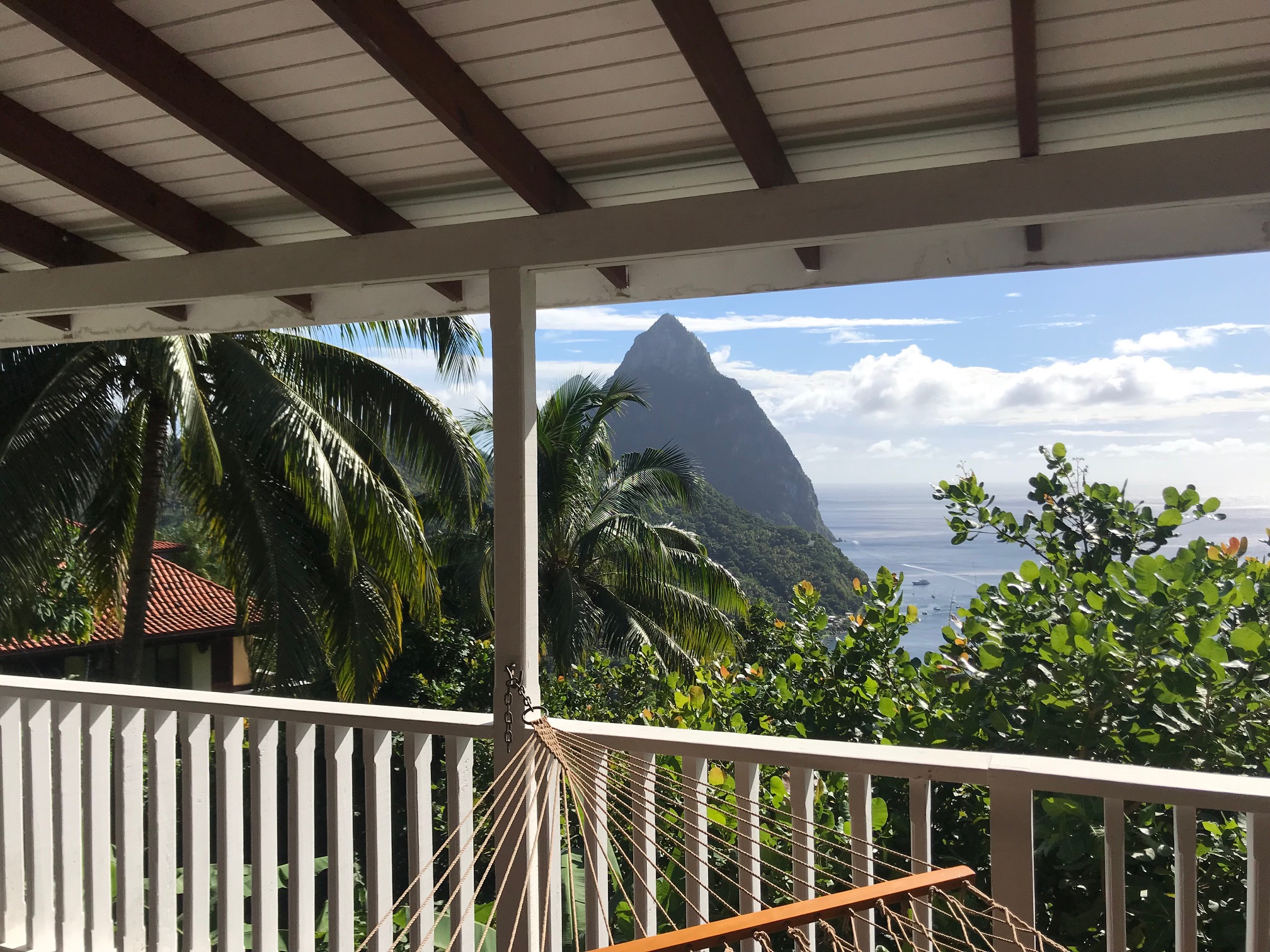 View of Pitons from my hotel balcony in St. Lucia where I wrote most of this piece. Yeah, I had the nutty idea to climb that thing. It’s steeper than it looks (trust me, my knees still hurt) 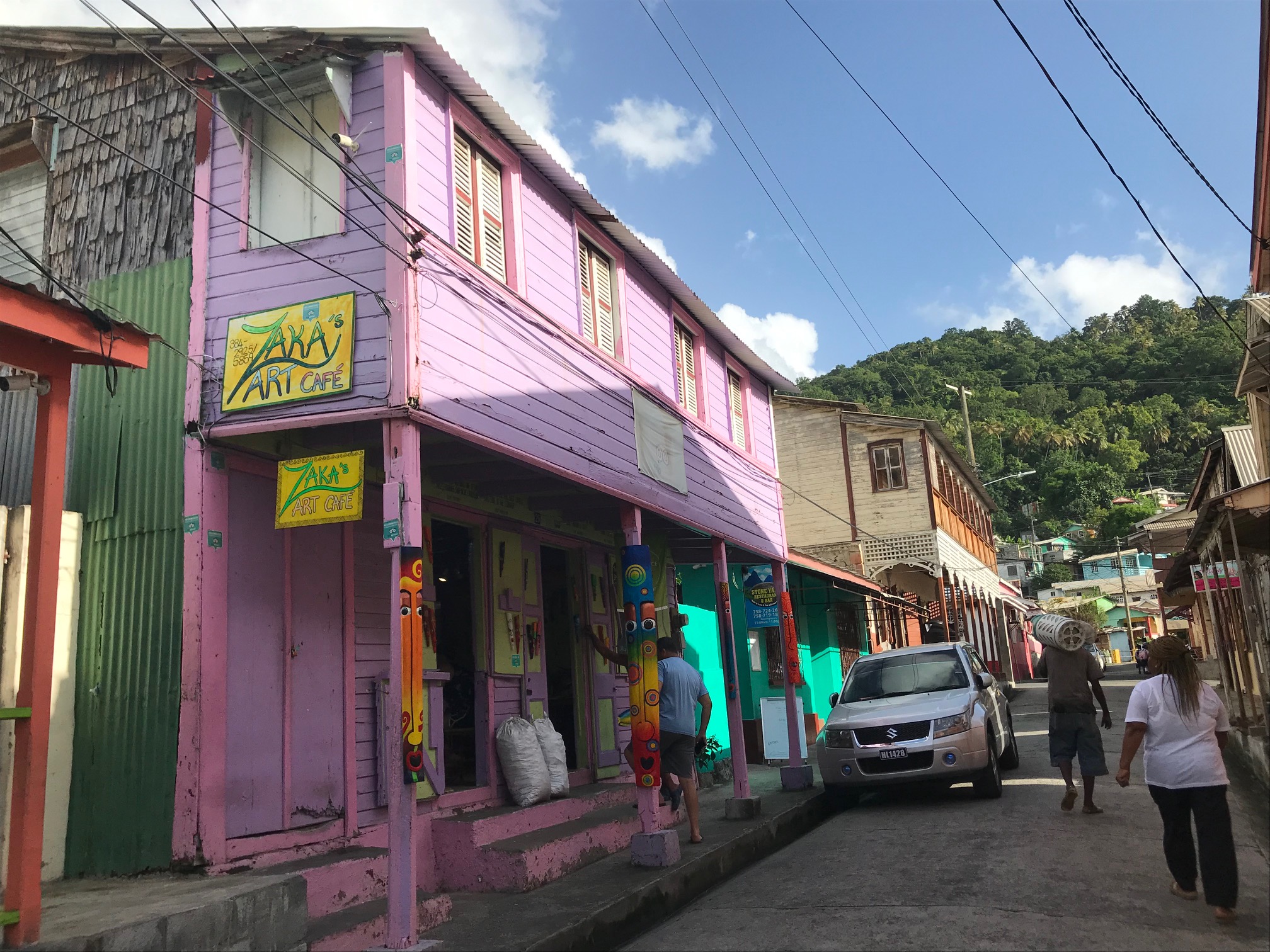 Only place with WiFi in Soufriere, the town near our hotel 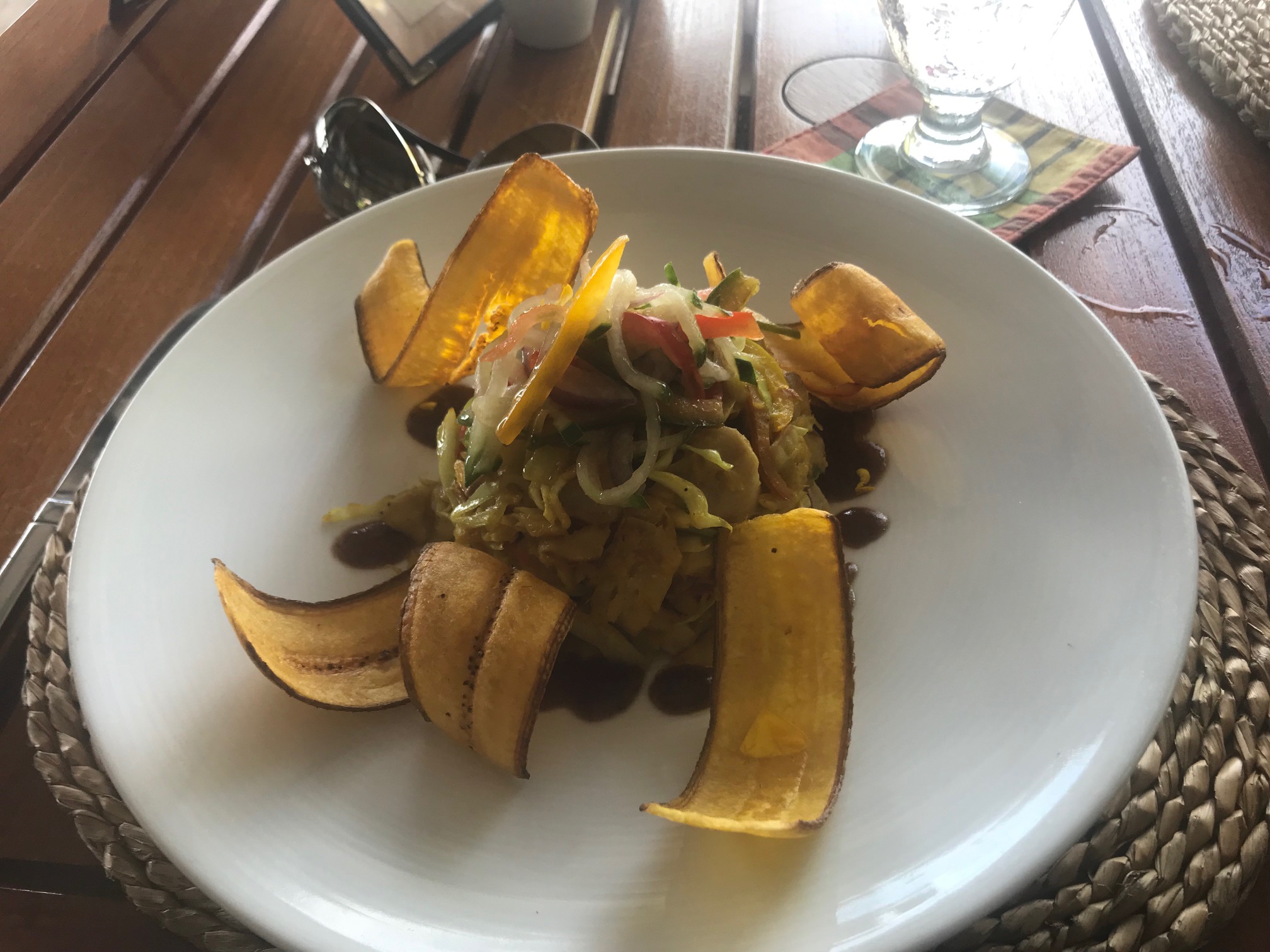 The national dish of St. Lucia is green fig and saltfish. Saltfish is self explanatory. Green fig is a green banana. Oddly, they go well together as no one ever wants to eat a green banana alone… 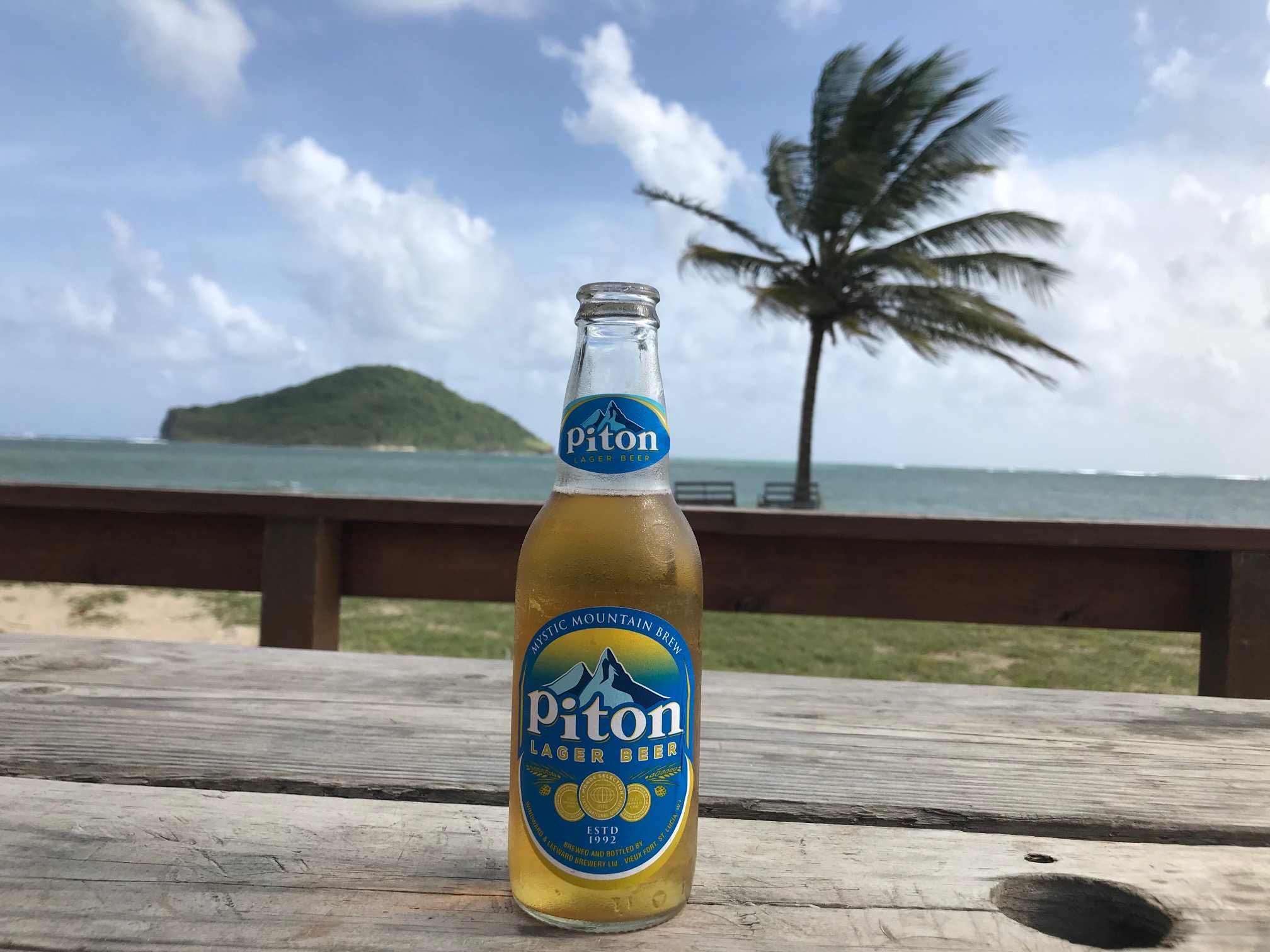 Good way to spend an afternoon in St. Lucia