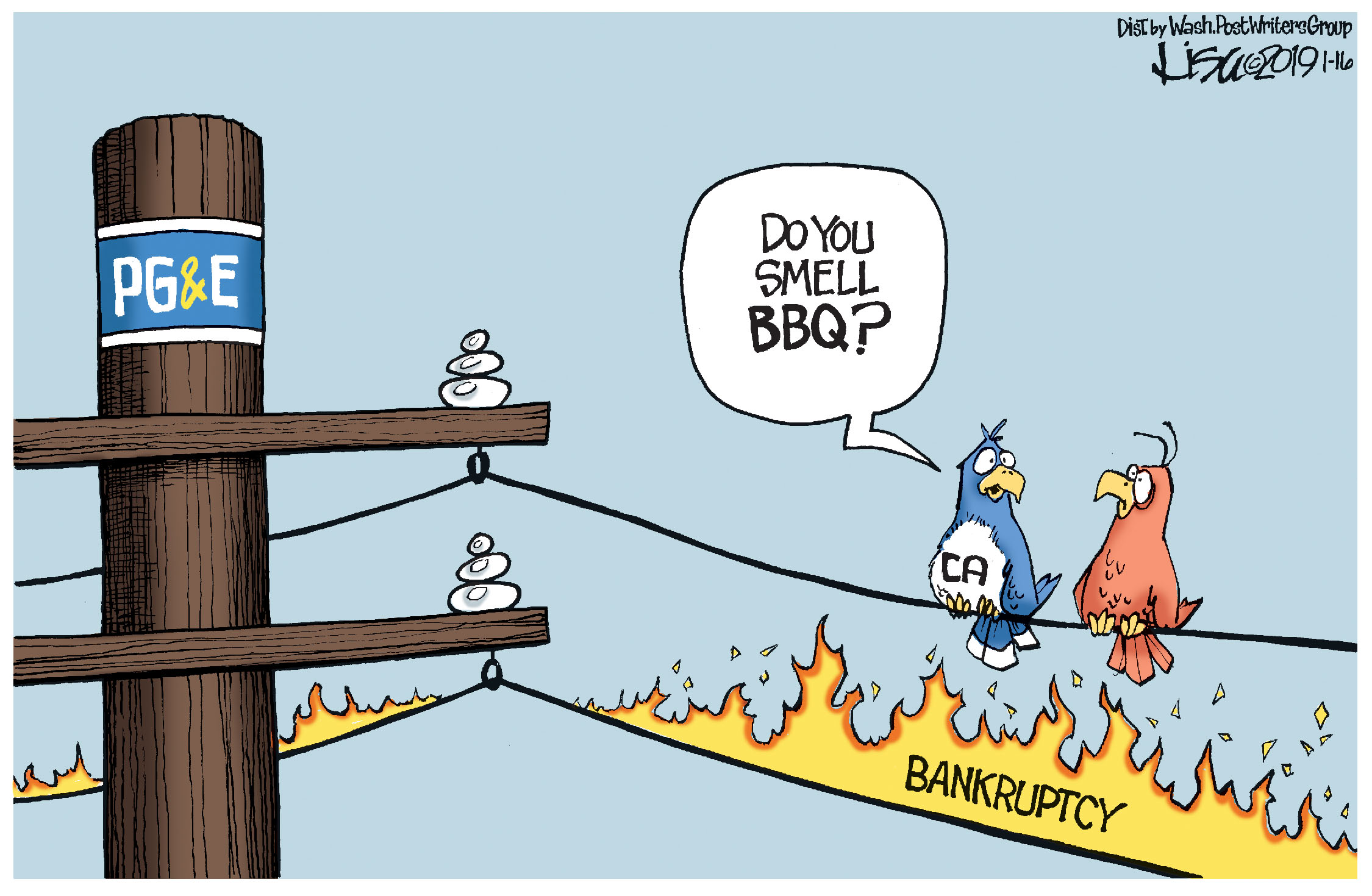 PG&E Corporation (PCG – USA) is an industry leader in arson and manslaughter. They also do something with electricity. PCG filed for bankruptcy in January of 2019 after they were unable to pay billions in claims. To call the bankruptcy process a klusterfuk, is generous to all involved. However, that’s all in the rearview mirror. A bunch of distressed funds teamed up to rig the bankruptcy process, screw over claimants and ensure that their LPs made a bunch of money. As usual, the peasants got looted by Wall Street—they would be really pissed if they understood the details, but that’s not my battle.

For me, there are only three facts that actually matter here;

-At $9, the shares trade at roughly half the earnings multiple of comparable utilities. You can partly explain this by the lack of a dividend and higher overall debt levels. More likely, it is explained by the fact that PCG was in an unusually messy bankruptcy and most institutional investors are too lazy to sort through the details or cannot own bankrupt equities to begin with.

-The largest shareholders rigged the process so that they could purchase equity at distressed levels immediately prior to the exit from bankruptcy. Look, if you’re a fund and you know that big smart guys with sharp elbows intend to push the stock lower so that they can sell themselves shares as cheaply as possible, would you step into their way and buy stock before they got their shares? Of course not, you’d sit on the sidelines and wait for the deal to price. Well, that was on Friday and the deal priced at $9.50. Look at the chart for the past few months. You can literally see the blood drain out of the share price—this was rather intentional. These smart guys are now long—for the first time in many quarters, they want the shares to go up, rather than down.

-PCG just exited bankruptcy after the close on Thursday, July 1. All sorts of institutional funds that were on the sidelines can now own the stock. This means that the shares will be added to the S&P 500 and all sorts of other ETFs. There will be a permanent bid under the shares of PCG as various pools of braindead capital now need to increase their allocation from zero to some larger number. This process won’t be immediate, but it will roll onwards over the rest of this year and next. Assuming that PCG doesn’t set any more fires, the shares will likely trade up from today.

Ever since I knocked it out of the park on Nikola Warrants (NKLAW – USA), I decided that I’d write up a few more Event-Driven situations if they were liquid and actionable—to give you a sense of where I’m looking for opportunity. I’m not going to do a big write-up on the fundamentals, that’s for you to do. Rather, I want to identify how a rigged bankruptcy, followed by a widely-marketed secondary, led to a limp share price—followed by emergence from bankruptcy which should unlock this opportunity.

I’ve played with a combination of outright long shares and put writing. There’s lots of ways to construct this trade—that’s once again for you to sort out. However, I think these shares trade up into the teens over the next few months and I want to be positioned for the ride. It’s now out of bankruptcy. Let the brain-dead buying begin…

Disclosure: Funds that I control are long shares of PCG and short PCG puts of various strikes and durations.