-On one side, we have wave 2 of COVID-19, complete with new restrictions in multiple counties and states. Roughly 30 million people are out of work. Thousands of businesses are failing each week due to government COVID-19 mandates. Rent and mortgage payments are increasingly delinquent and all of this is before the fiscal stimulus tapers off.

-On the other side, the Nasdaq is at new all-time highs and the S&P 500 isn’t far behind.

Isn’t the market supposed to be correlated to the overall economy? Otherwise, this would be the greatest spread yet between reality and fantasy during the “everything bubble.” 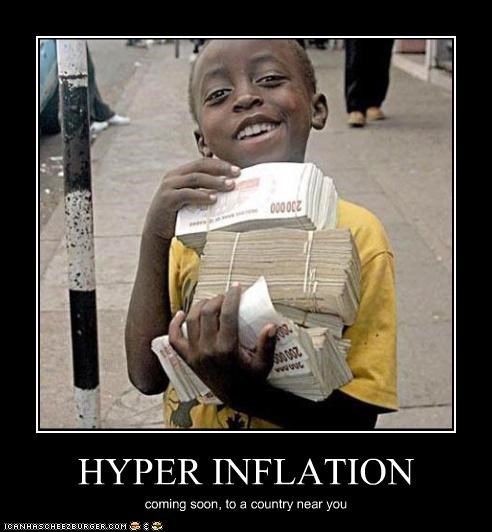 I’ve taken to calling the current government actions “Project Zimbabwe” as we are following the same failed monetary policies that Zimbabwe used. Oddly, despite no electricity, running water or food, much less a functioning economy, the Zimbabwe Stock Exchange index went up violently for years straight—it frequently doubled in a single day. Why? Because that was the rate of money printing and inflation. As the US economy embarks on a similar (but hopefully more subdued) policy path, we’ll also experience a similar reaction in our markets.

But what about the collapsing economy? How can the market be at highs while things are so awful? I played around with my Bloomberg and built the chart below.

The top panel should be pretty self-explanatory. In white, we see the S&P 500 ETF (SPY – USA) over the past decade and in yellow we can see the Federal Reserve’s balance sheet over the same time-span. In the lower panel, we’re going to analyze the ratio of the two. Coming out of the GFC, we had a bounce in the first year, a shake-out during the European debt crisis and then a narrow trading range as the S&P and Federal Reserve’s balance sheet expanded at a constant pace. Then, following Trump’s election victory, the S&P gained some real steam as taxes were reduced, regulations removed and the President tweeted everyone into the market. So far, the lower panel makes logical sense. What I find stunning is that after the COVID-19 crash, we’ve barely even bounced off the lows. In fact, we gave back a decade of retained earnings, financial engineering and everything else. We’re actually all the way back at 2010 levels. That’s stunning right? It’s literally been a wasted decade in the financial markets when indexed to the Fed’s balance sheet. That’s your COVID-19 crash and it’s as severe as you’d expect it to be.

Anyone who’s telling you that they do not understand the stock market making new highs while the economy is broken isn’t looking at the market when indexed to the Fed’s balance sheet. They’re not thinking of the radical implications of “Project Zimbabwe.” It simply makes my head hurt that there are investors out there who are shorting equities with a structural view that the economy is a mess. Your only logical exposures are long and very long. There will be a whole lot of volatility along the way (especially during those short periods where the Federal Reserve shrinks their balance sheet), but as long as the government has us on the “Project Zimbabwe” path, the market is going much higher in US Dollar terms. I want to be riding that freight train, not shorting the occasional violent contra-trend moves. Besides, based on the chart above, we actually have some ground to make up as I refuse to believe the past decade was completely wasted.

Thank you for subscribing!
Scroll Up