I have a friend who’s a reasonably competent trader. He’s the type who draws his voodoo lines everywhere on the charts. He caught the same trendline break on Bitcoin that I did around $9,200. He expected some resistance around $10,000 and sold out for a quick score just below the figure. He then got the breakout at $12,000 and rode it a few thousand. He also bought the big breakout at $20,000 and I’m sure he made another ten percent. Nothing wrong with that; he’s stacking up quick wins using low-risk setups. The odd thing is that he’s wildly bullish on Bitcoin. During a time when I’m up roughly $18,000 on my $9,200 basis, he’s up less than $5,000 and, unlike him, I think Bitcoin is a total worthless joke of an asset. Why am I making more? Let’s talk about how to be a pig at the trough.

Every time I put a position on, I always stop to think about what I’m trying to accomplish and where my exit would be. Is this just an Event-Driven trade with a few-week duration? Is this a value position where I’m hoping that some of the gap to NAV closes or do I see this as something that could go much further? Micro-trend inflections can multi-bagger in a spectacular way, but they tend to be volatile and many of them flame out before hitting escape velocity—as a result, I usually sell some on the way up. Meanwhile, true compounders build value rapidly—I don’t need to fear the downside in the same way there. 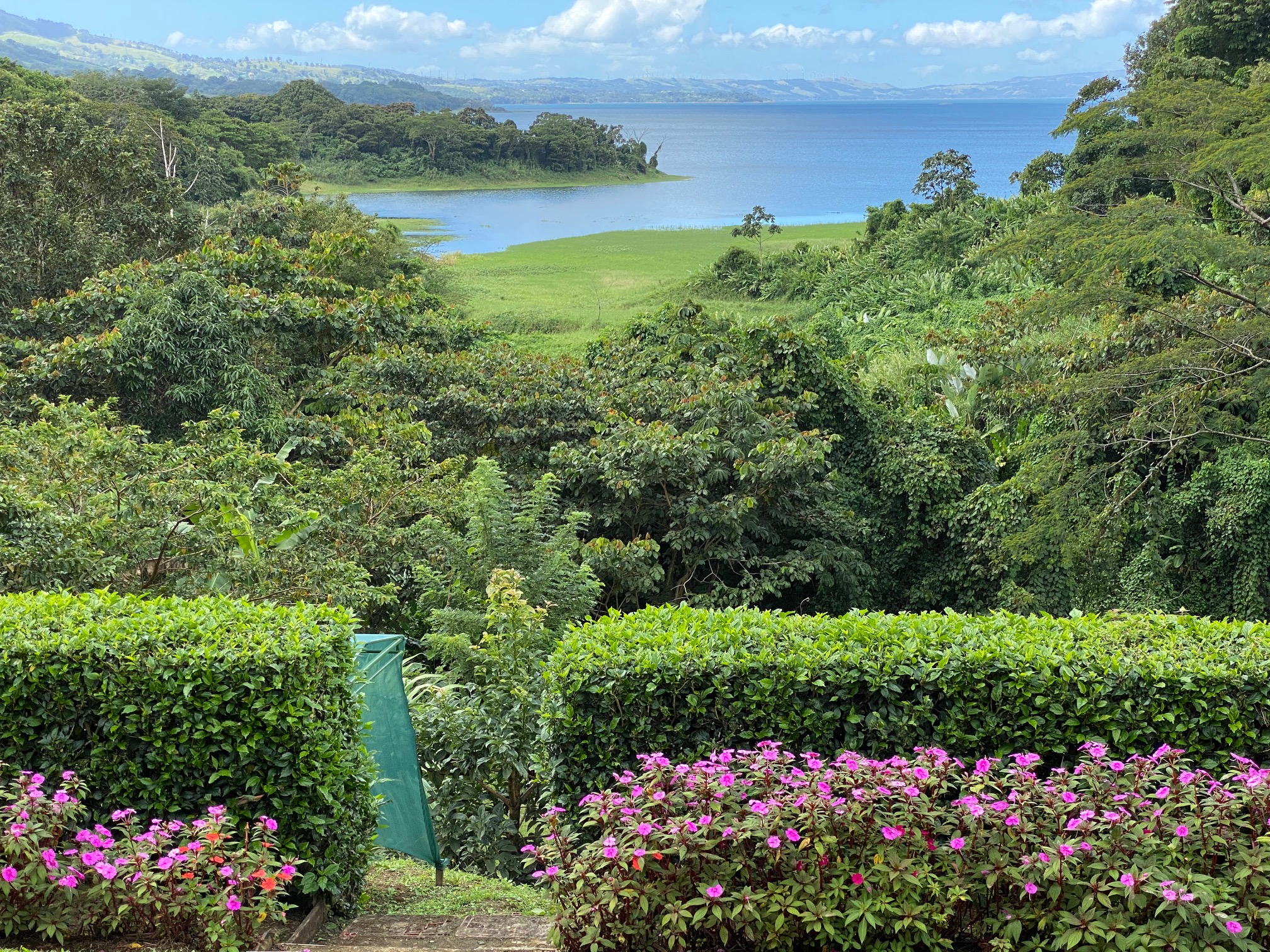 So many amazing places in Costa Rica. Hard to choose through them…

What about Bitcoin? Who knows what the right price is—in some ways that’s the beauty of the product—it’s so worthless that any price is justifiable—it’s just completely ephemeral; a quote on the screen. I invested on the thesis that Bitcoin would become the first truly global Ponzi Scheme; why would I sell after only a few thousand of upside? That’s the average daily range. I personally expect something monumentally stupid to occur to the upside and don’t intend to sell until then.

Let’s return to my friend. He actually thinks Bitcoin is real—he’s drunk the proverbial Kool-Aid. As a result, I keep asking my friend why he’s settling for a thousand here and two-thousand there? He’s missing the true meat of the move and he doesn’t even have another “safe” entry-point until there’s a consolidation in the charts. If he believes in it, why not put it on and let it happen? I mean, I have a much weaker thesis and have let it trend once I built up a decent cushion. Oddly, my friend doesn’t have a response. This is simply how he plays bull markets, which seems odd to me. If you’re going to be taking risk on something that has theoretical multi-bagger upside, why not play it big and be an absolute pig about it once you have a decent cushion?

Despite what many market commentators want you to believe, the vast majority of financial products are not offering you multi-bagger upside from currently inflated prices. If anything, they mostly offer downside. When I come across something that has real upside, I prefer to size it up big and let it happen. There are so few of these chances that I cannot afford to miss them. Yes, I’ll have some relapses where I give up spectacular gains (happened to me with tankers this year). I’ll have a few that fail to ignite and eventually hit my time stop, while tying up my capital. Plenty more will stop me out for small losses. That’s all part of the game when I look for multi-baggers. What’s the alternative? Buying and selling every little wiggle on the chart? That’s ludicrous. The money isn’t made guessing the next 5% anyway. It’s in finding multi-baggers and then enjoying life. I’m writing to you from a cliff-side villa above a deserted beach in Costa Rica. I can do that because I know what I own—therefore, I can step away and let it happen. 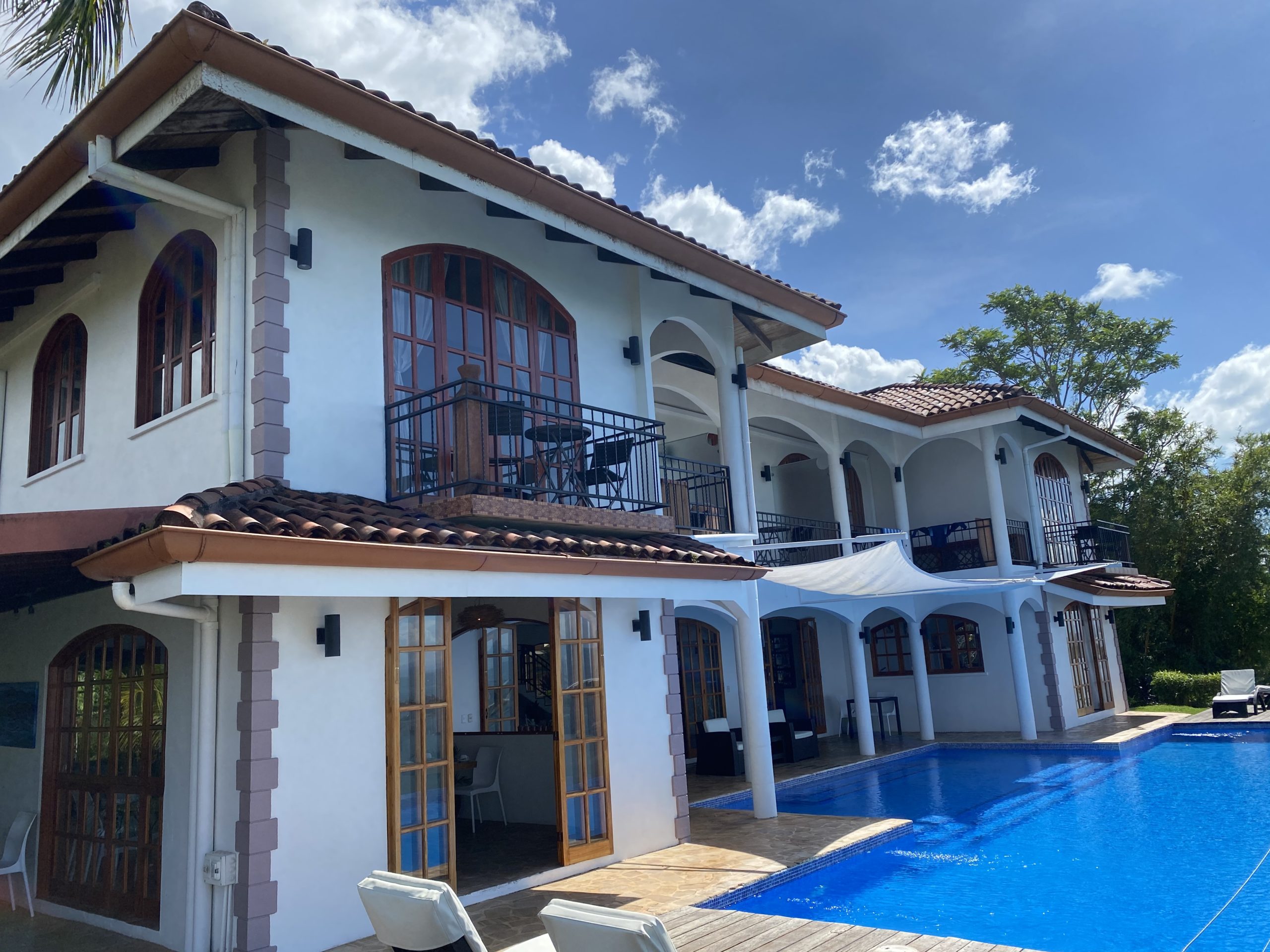 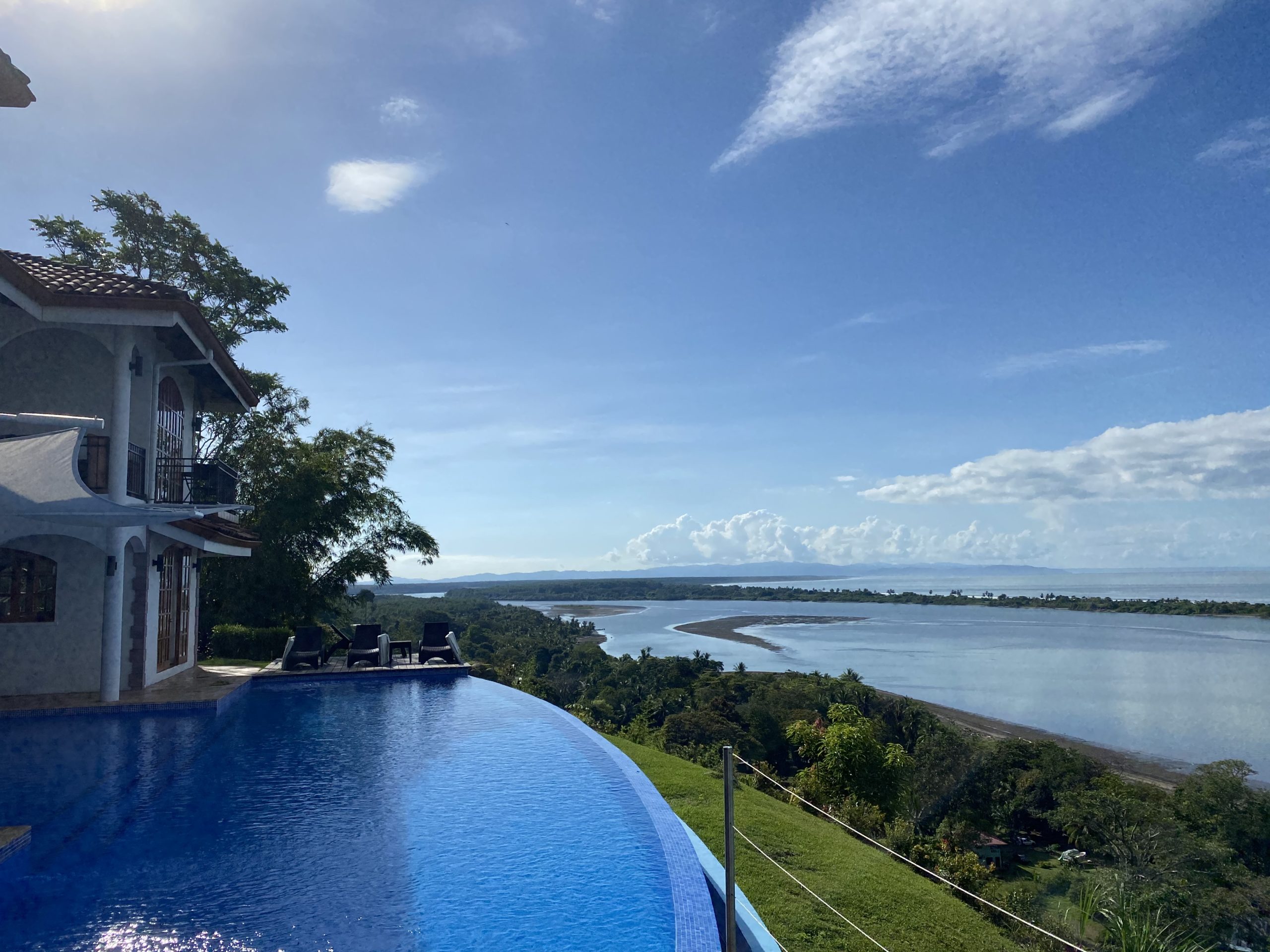 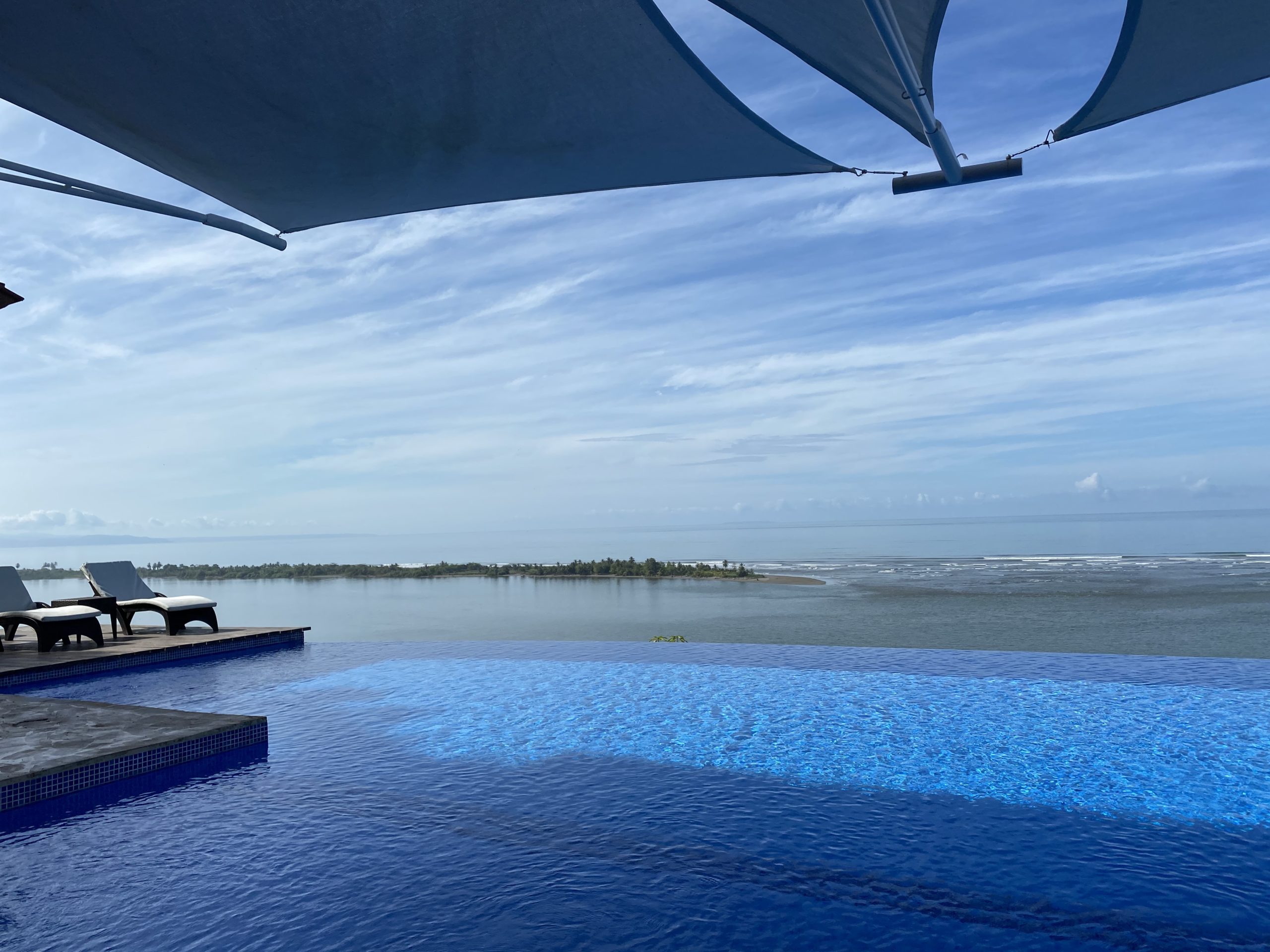 This is my office and trading floor for the week. Can get some real thinking done…

That doesn’t mean that I’m ignoring risk. I put real time into pondering what could kill my thesis. I also protect my downside. As soon as Bitcoin broke out over $10,000, I put in a mental stop at $9,200 or roughly break-even. Over time, I have increased the level for this stop so that I can lock in a good-sized gain while letting it trend higher. Of course, I’m also going to give Bitcoin plenty of room. I know it’s a wild beast and I want to let it do its thing. Fortunately, that’s mostly been to the upside.

Should you be pyramiding into Bitcoin here at $27,200? Who knows? The chart looks horribly extended short-term—that means it can have a nasty shakeout any day. Part of why I’m on vacation is that if I was watching the 10% intraday swings, I know I’d start having opinions. I’d try to sell a few and buy them back lower. I’d find some instrument to hedge off some risk somehow. I know myself. When I’m up this much, this fast, the emotions take over and I end up doing something awful dumb. Besides, the real money isn’t made guessing which way the next thousand-dollar move is. It’s by swinging hard at a fat pitch and then doing a whole lot of nothing. 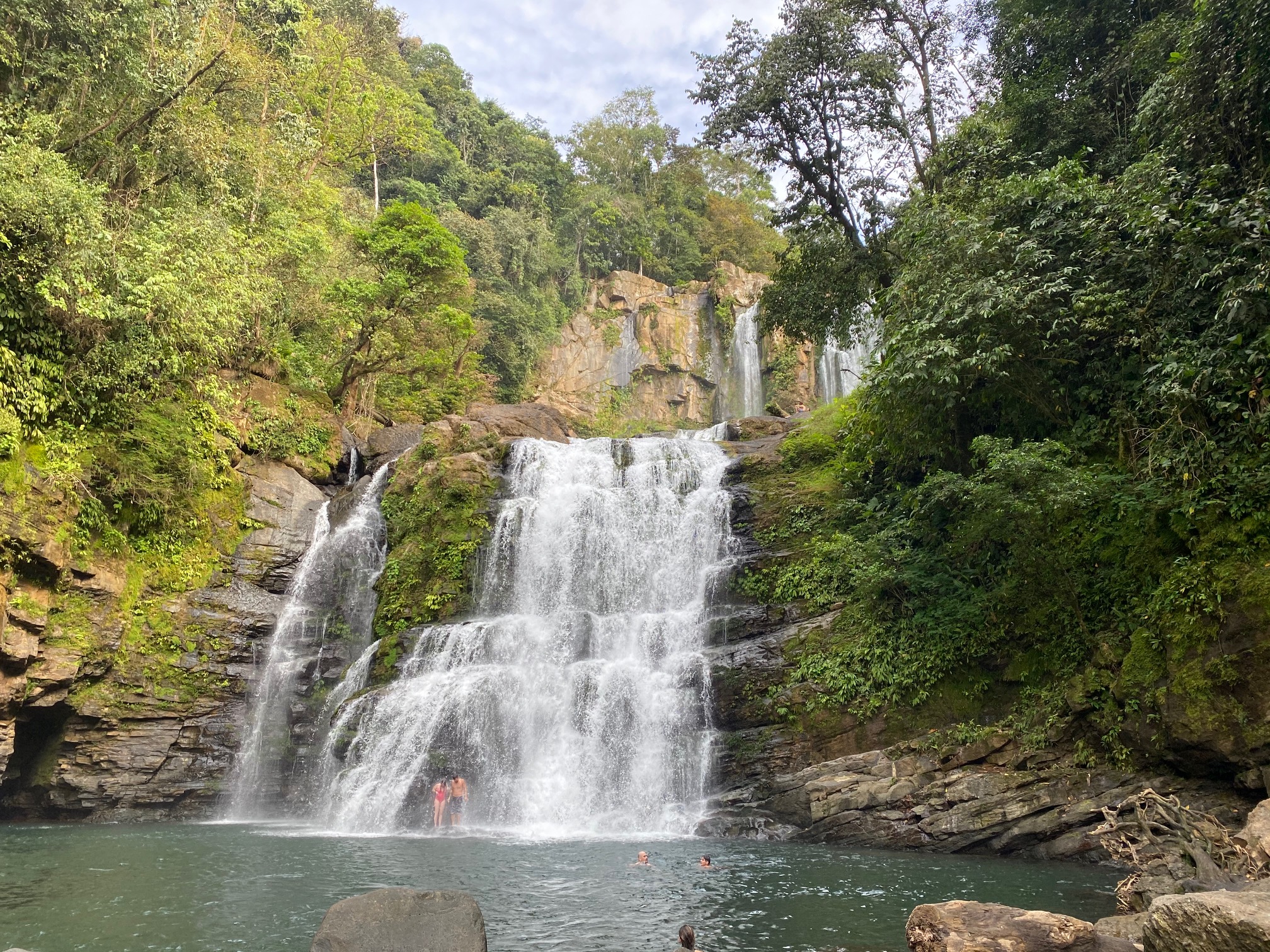 Spent yesterday swimming in the Nauyaca Waterfall in Costa Rica…

Let me give you another example. I’m long a position limit in St. Joe (JOE – USA). It’s my favorite portfolio position as it captures most of the macro trends I’m focused on. It doesn’t hurt that it trades for a fraction of liquidation value or that I think it’s trading at a single digit FFO multiple looking out a few years. It’s more than doubled from my cost basis, but that’s what’s supposed to happen when you’re right about a position that is rapidly inflecting.

Oddly, every day, someone reaches out to ask if I’m taking any JOE off. Why would I do that? I think it’s worth over a hundred today and it’s headed to a few hundred over the next few years. Is the chart extended? Absolutely. Could it pull back by $10 or even $20? Of course. In fact, I almost expect it to have a nasty, soul-destroying pullback that shakes out a lot of recent longs. So why am I ignoring that potential? Because I think it’s going much higher and I don’t want to step off a world-class freight train going at maximum speed. If I sold my JOE, I’d need to spend my rapidly devaluing dollars on some other hard asset and there’s nothing cheaper with as strong of a tailwind, that I know of. 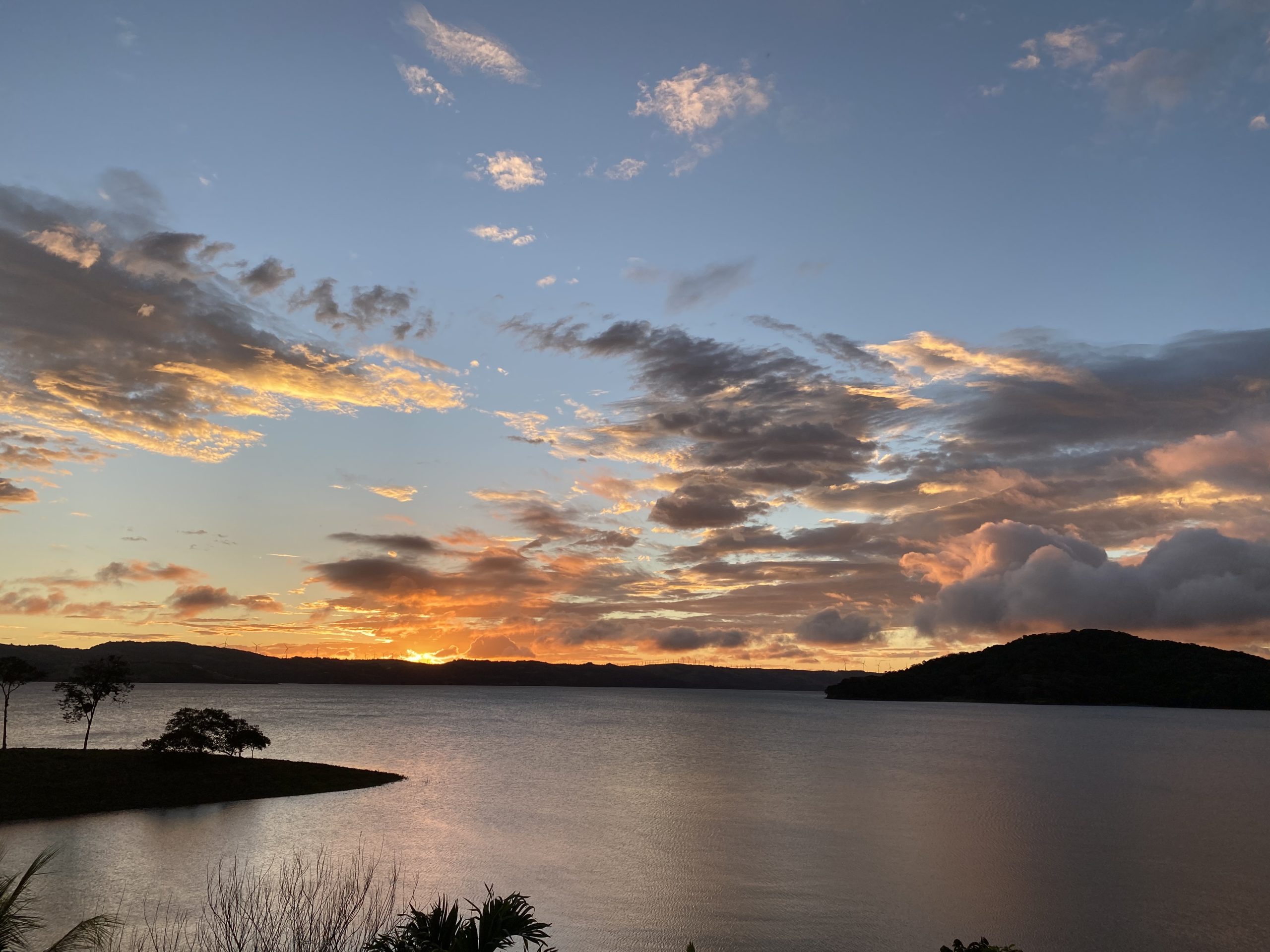 Besides, I’m not a fan of paying taxes. Let’s use some quick math here. My cost basis on JOE is around $19. Say I sell some at $48. That’s a $29 gain that is taxable at short-term rates. I live in Florida, but still pay my share of federal taxes. For the ease of math, let’s say my rate is precisely 40%. I’d have to pay $11.60 of my $29 gain. For me to come out ahead by selling here and buying a pullback, I’d need the stock to drop by more than $11.60. If the stock only pulled back by $10, after paying taxes, I’d actually have LESS shares when I repurchase them (let’s ignore the step-up in cost basis). Why would I want to risk missing upside and pay short-term taxes along the way? This is the very definition of fuktarded—as only a complete fukwit would do something this retarded.

The trade-off, like I noted above, is that I genuinely expect that JOE will have some nasty pullbacks. Given how overbought it is, I’d say that a pullback is more than overdue. If it dropped by a third, it would be a pretty awful month for my fund. At the same time, I’d sort of shrug my shoulders as this should be expected from time to time. If Bitcoin dropped in the same month, my performance number would be something that would leave people wondering what I did “wrong.” In reality, that’s just how it goes when you run a concentrated book. You can smooth volatility and you can trade around positions or you can let it happen and ensure you don’t miss the big ones. I know which strategy I prefer. Besides, taxes disgust me. 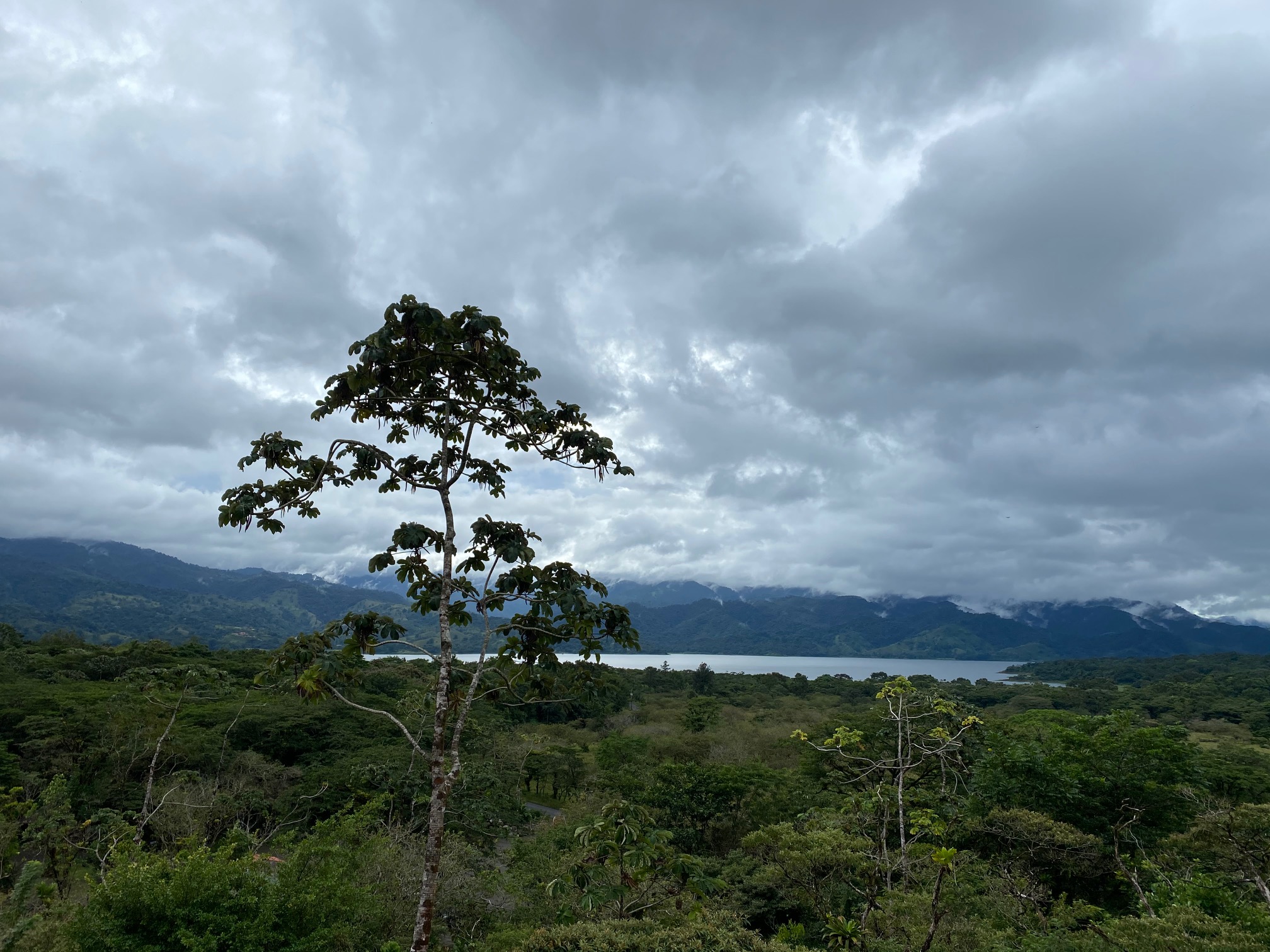 Can’t have a Costa Rica travelogue without the rain forest…

Why is my friend fixated on doing it his way? I don’t know. Maybe it’s to smooth out his returns. Maybe he just wants to grab those low-risk chart patterns. Maybe his conviction isn’t as strong as he makes it out to be. All I know is that I’m typing to you from a beach in Costa Rica and he’s at his office drawing voodoo lines worried about the next 5% move. I used to do it his way because I couldn’t help but grab the quick gains—I believe I’ve matured since then. I’ve learned when and how to be a gluttonous pig about something I strongly believe in. At the same time, I never stop questioning that I could be wrong—don’t confuse inaction with dereliction. What I do know is that I’ve approached position management quite differently from my friend and thus far, it’s working out in my favor. In the rare situations where I can achieve escape velocity, the last thing I want to do is micro-manage it.

It’s worth pointing out that despite me believing these are both multi-baggers, I’m treating the risk component quite differently. I have no stop loss for JOE. JOE has real assets and cash flow. On a down day, it simply gets cheaper and less risky while the value of the business increases every day through the beauty of retained earnings and asset inflation. Meanwhile, Bitcoin is a number on the screen driven purely by sentiment. You need to get out if the sentiment turns on you, as it’s a long way down to zero. JOE needs no stop. I feel that this needs to be pointed out. I am strapped into two freight trains, but they have very different risk profiles. I’m not trading around either, but I know that one will eventually have a jumping off point. I need to be highly attuned to when that is.

Disclosure: Funds that I control are long GBTC and JOE