Focus On The Facts…

At the depths of the COVID crash, I began writing extensively about the equity market ramifications of unlimited fiscal and monetary stimulus. To start with, it was obvious that the equity markets would blast higher—as a result I strapped on as much exposure as I could stomach while remaining a responsible fiduciary. I was also early to recognize the massive influx of retail traders who would make Event-Driven strategies so stunningly lucrative—I have never been as actively engaged in as many random and esoteric situations in my life (If you aren’t subscribed my Event-Driven Monitor, you’re missing out). While it took a few quarters to play out, the entire periodic table has gone positively mental to the upside—which was also easy to predict, especially with all the arbitrary bottlenecks that now exist in the production of various commodities. Meanwhile, there are multiple overlapping insanity bubbles in Ponzi assets like EV, green energy and crypto-currencies. My great epiphany here was that an asset like Bitcoin is nothing more than Ponzi Beta, but without the sort of event risk that an actual fraud has—I realized a huge win here as well. 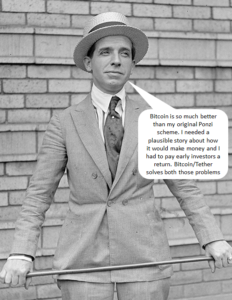 All of the above was quite predictable, primarily due to my extensive studies of other periods with unlimited fiscal and monetary stimulus, often combined with malevolent levels of government incompetence and interference. I have jokingly called this period “Project Zimbabwe” and the description has proven oddly prescient in ways that I could never possibly have predicted. Since the low in March, I cannot remember a time where I have experienced a similar period of prolonged and extreme Alpha in my portfolio. However, I’m not here to do a victory lap—rather, I want to explain my “Project Zimbabwe” road-map and how to trade this market over the next few years.

I like to joke with friends that if they want to hedge their portfolio, they should buy the 2022 SPY $1,000 call because they probably do not have enough right-tail protection. They roll their eyes or laugh a bit, but this is only because they have not studied the period we are about to go through. If you haven’t read The Economics of Inflation by Costantino Bresciani-Turroni, stop what you’re doing and track down a copy. Read it three times, go on vacation somewhere quiet and think it all through for a week. Then read it a few more times. I like to poke fun at Zimbabwe, but Weimar Germany had a far more developed stock exchange at the start of their inflation. Besides, Germans enjoy keeping meticulous records about mundane topics like share prices and exchange rates. This book is the roadmap. 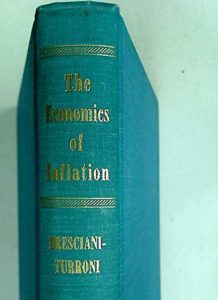 Part of what is so misunderstood about the Weimar period is the extreme volatility. Traditional charts simply show an index going parabolic. Even log charts look rather similar. However, there were multiple dramatic market crashes along the way. There were many speculators who recognized what was happening, pressed too hard and got liquidated during one of these crashes. Others survived the margin calls but sold out through sheer panic. Even if you know the road-map, you can get whipsawed.

A few times along the way, the Weimar government actually tried to arrest the inflation, but the pain was too great and they went back to the printing presses. These were all scary moments for the levered long crowd, moments where other monetary road-maps could have asserted dominance and destroyed the speculators. During an inflationary period, one must be extra-alert to the politics of inflation. More than ever before, the markets will simply be a manifestation of the political situation. None of this is pre-ordained, but I prefer to ride with a trend in motion until convinced otherwise. We are entering a time that is unlike any other in US financial history. We are at a crossroads where you either you believe in “Project Zimbabwe” or you don’t. If you get it wrong on this one question, your wealth will vaporize. Half-measures may be insufficient in terms of avoiding ruin. 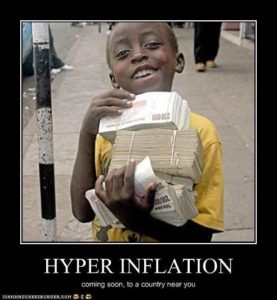 Now, you may say, “Kuppy, this is all hyperbolic nonsense. This is America and that cannot happen here.” To that, I’d simply shrug. I’m sure they thought that in Germany too. However, “Project Zimbabwe” is much more than simply a stock market event. It is an entire social construct. What is the point of honest work if you can get paid to stay home? What is the point of “conservative investments” if you are only going to fall further behind the inflation? Why not max out the credit cards and buy speculative shit-coins with the proceeds? If you expect debt to get inflated away, while the assets appreciate, it almost doesn’t matter what you buy—some assets will simply do better than others. Much like during Weimar, I suspect that vast swathes of society will be drawn into the markets as legitimate work becomes pointless compared to the gains of speculating on margin—in a way, this is already happening. This presents a unique conundrum as retail investors are usually valuation agnostic. They are incredible fickle and irrational. They chase ideas, concepts and themes. They move in herds seeking out fake prophets to lead them to the next sector. To me, this all spells opportunity.

My good friend Kevin Muir over at The Macro Tourist (I’ll once again recommend that you subscribe) likes to say that we’re “experiencing a period of rolling bubbles.” The problem with rolling bubbles is that they tend to be arbitrary and random. Why did disparate companies like Dillard’s (DDS – USA) and Tootsie Roll (TR – USA) both have insanity squeezes during January? Why have people been paying tens of billions for companies like Nikola (NKLA – USA), Hyliion (HYLN – USA), QuantumScape (QS – USA) when they have zero revenue and zero likelihood of any substantial future revenue? Why does DOGECOIN have a $40 billion market cap when everyone agrees it is worthless? I can go on, but you get the point. These bubbles have come along, they will burst and be replaced by new ones. There is a certain randomness and each unique bubble is difficult to predict. Some fizzle out rapidly and others go onto stupefying heights for no real reason. I have friends who claim they can anticipate these moves, but I am somewhat skeptical. However, successfully predicting the next bubble, much like I did with Bitcoin, is the surest path to outperformance. As a result, I am laser focused on the next big sentiment shift. My biggest exposures are to inflation assets and housing, maybe it’s wishful thinking, but I suspect that we have our next bubbles there.

However, I want to focus here on two other strategies that I suspect will do far better. Starting with my general market view; I believe we are currently in a world where investors are increasingly valuation agnostic. I suspect this only accelerates as investors crowd into equity assets to hide from inflation, pushing asset values far past historic benchmarks. How do you invest if everything is overvalued? I apologize as this site has become an infomercial for KEDM, but increasingly fund flows and corporate actions have dominated price realization. As retail investors, who tend to be trend following, increasingly dominate the markets, these Event-Driven situations will trend for longer with much greater amplitude, leading to improved risk/return expectations and surprisingly stronger returns. Retail adds volatility to the markets and volatility is always the friend of a trader.

With volatility in mind, I would be remiss if I did not point out my favorite strategy for “Project Zimbabwe.” I have written about this multiple times in the past year, but put selling is literally the gift that keeps on giving. The market goes in cycles where volatility spikes and then retraces. Single-stock volatility is even more erratic. Sometimes I have massive exposures and sometimes I pull back. However, in a world where JPOW has eliminated the left tail, yet retail investors are crazily overpaying for calls, implicitly juicing put implied volatilities, why would I do much else but write puts with my capital? Sure, with excessive leverage in the system, the number of blow-ups will accelerate. Archegos won’t be the last by any means. There will be plenty of skinned knees along the way, but who cares? Did you see where implied volatility spiked to on rather prosaic old-line media stocks? Put writing will become a recurring source of Alpha for stalwart practitioners. That is before even taking into account the ability to overlay Event-Driven scenarios with put writing.

When I combine put writing with Event-Driven, I no longer have to bet on a security moving due to a corporate event with subsequent fund flows—I only have to bet on those flows holding the security from declines. That’s a much easier bet to make. While I may cap some of my exponential returns, the extreme consistency is breath-taking. Besides, when I get paid high single digits or even low double digits to be at the money for a month, I have a cushion that is often bigger than where I’d place my stop loss anyway. Sure, I roll a few. I stop out sometimes. I book plenty before expiration. However, thus far, the returns have been impressive. Can I do better by chasing bubbles? Can I do better while waiting for a value name to re-rate? I don’t know. I think a barbell approach wins out and that’s what I’ve been doing. 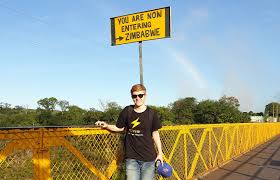 If “Project Zimbabwe” really gets trucking, I’ll need to adjust. At some point, put writing may no longer keep up with monetary debasement. For now, it has been stunningly accretive when compared to the overall market. That said, I’m ready to pivot should the monetary crisis accelerate. Until then, put writing on single-stocks is the gift that keeps on giving. The VIX has pulled back into the teens but a pile of prosaic names are still north of 100 IV, many others are in the 80s and 90s—it remains rather silly.

I want to finish this post by saying that despite the world being on a path to hyper-inflationary ruin, the route is not in any way pre-ordained. In fact, I suspect that wealthy vested interests step in long before we go off the cliff. Wheelbarrows of money are a possibility, but that is many steps into the future, if at all. Instead, one must analyze each data-point and be ready to adjust accordingly. Playing it too many steps down the road is pointless as this will all be fluid. The greatest wealth transfers of all time tend to occur during periods with elevated inflation. The victims are those who cannot or will not recognize what is happening. My hunch is that the coming decade may be the greatest wealth transfer since we looted America from the Indians. Are you ready for “Project Zimbabwe?” Are you really ready?? Have you read your history??? This one will be wild…