For most of my career, oil demand has grown each year and supply has roughly kept up. Sure, it’s overshot in both directions. We’ve seen shortages and we’ve seen gluts. We’ve even seen oil go negative. Throughout this time, we’ve always intuitively known that the cure for high prices is high prices. Last week may have forever changed this prudent logic. I’m starting to wonder if ESG really means Energy Stops Growing.

For those not paying attention, an obscure ESG hedge fund, Engine No. 1, captured two Exxon Mobil (XOM – USA) board seats. It now seems that for companies in indexes, whoever controls the ETF’s votes, now effectively controls their corporate destiny. ETFs are about marketing and asset gathering. There is no better way to stay in the news, looking responsible, than to burnish your ESG credentials. Does an ETF manager care if energy, one of the smallest weightings in most indexes, is now forced to destroy capital by going into run-off while trying to do “green” things? Probably not—they’re all cheering as BP (BP – USA) does exactly that. The attack on XOM was meant as a warning shot to all of corporate America; go along with ESG—or risk a pirate attack. 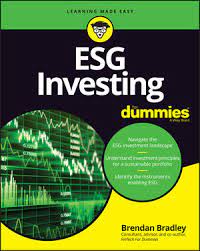 Meanwhile, over in Europe, Royal Dutch Shell (RDS.A – USA) was told by a court in The Hague to cut emissions by 45% by 2030. Clearly this is impossible even if they don’t drill another well. I expect that this will only embolden similar lawsuits. Most will be thrown out, but enough will be decided against energy producers that it will move the needle. If courts legislate against energy production, then producers will go into run-off. It’s not like there are a lot of investors stepping up looking to fund production growth anyway.

If you hijack energy company boards and get them to stop drilling and you have courts telling energy companies to stop drilling, pretty soon there won’t be any new supply as producers will get the message and stop drilling. Meanwhile, demand will keep growing—it always does. As these data-points continue to stack up, I’m starting to wonder if we’re hurtling towards an energy crisis.

I’m not one to get into the politics of things. Rather, my job is to examine the world and figure out how to profit off human stupidity. If the supply of energy will be constricted, while demand keeps growing, energy prices will have to increase to compensate. The problem is that I have struggled with how to “play” this. The time to buy energy producers was last year and I’m certainly not the type of investor who pays up a few hundred percent. Besides, energy producers are at the mercy of ETF votes, rogue courts and executive orders. I’m sure fortunes will be made in E&Ps, but this isn’t my game. I try to avoid esoteric risks when I can. 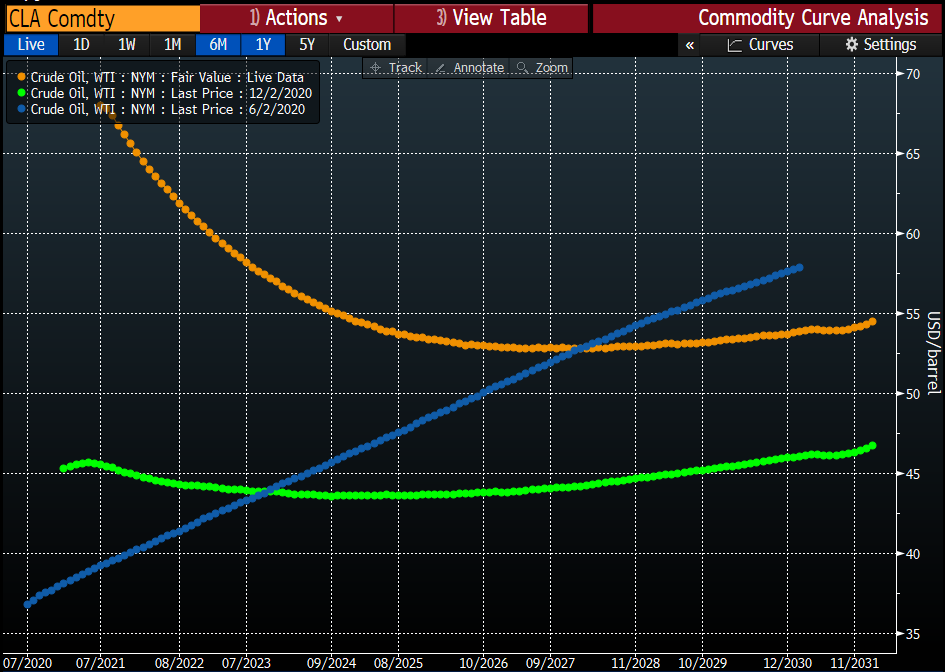 I want to draw your attention to the chart above. As we know, the front end of the WTI curve is screaming, but the market remains convinced that there is plentiful supply out a few years. Remember how easy it was for shale guys to ramp up production last time? My hunch is that the ramp up will go slower this time around, meanwhile many years of underinvestment around the world will begin to take their toll on supply. What if XOM is just the first of many ETF hijackings? What if the attack on XOM changes how CEOs run their energy companies—if they want to keep their cushy jobs, they may need to stop drilling. What if the guys running the largest ETFs believe that they can accelerate the transition to “green” energy by dramatically increasing oil prices and making “green” products more cost competitive? It sure seems easier than lobbying governments for “green” subsidies while increasing taxes on fossil fuels—especially in emerging markets that are less focused on the environment. If increasing the price of oil is their “green” transition plan, the current oil price uptick won’t be a short-term thing. Maybe the heat of the move is still coming and it is in the deferred contracts?

I bring this all up as the December 2025 contract is only $6 above where it was during last year’s oil glut—though it is up $10 in the past 6 months. Due to the backwardation of the curve, call options are rather cheap. If the supply side remains restricted, by 2025, the demand side should adjust the price of oil a good deal higher—perhaps dramatically higher. It seems odd that given what we’ve just seen last week, the deferred contracts haven’t really reacted—yet that may be where all the exponential action is. In any case, I like owning things that haven’t yet really moved, despite a positive change in the thesis. I enjoy the simplicity of trades—rather than guessing which producer or service provider to purchase. Last week, I purchased December 2025 futures and futures call options. Despite continued appreciation at the front of the curve, the back hasn’t really woken up. Figured I ought to bring this to your attention. I have a hunch that adding new supply this cycle will be a lot harder than anyone expects, as no one expects the new type of roadblocks that are suddenly getting thrown up. If so, this clearly isn’t getting priced in.