Last summer, I recognized an odd phenomenon. An obscure entity named Grayscale Bitcoin Trust (GBTC – USA) was slowly cornering the free float in Bitcoin. This was a result of the trust structure where any capital that went in, was converted into Bitcoin, but there was no mechanism in place to ever sell coins and redeem that capital. As a result, GBTC became a growing repository of Bitcoin. At first, it bought a few hundred coins a day, then a thousand, then a few thousand. As the trading volume increased, the inflows also increased. As the inflows increased, the daily bitcoin purchases increased, eventually driving the Bitcoin price higher. As the price went higher, new investors were drawn to GBTC and the inflows accelerated—spinning the flywheel faster. It was so obvious that this would lead to higher prices, that I called it “My Favorite Ponzi Scheme…” Over time, much as I had predicted, these inflows drove the price of Bitcoin and ultimately GBTC dramatically higher. Early this year, I had a well-timed exit for a quick multi-bagger and my capital went onto greener pastures in depressed energy assets.

I bring this all up, as I see a similar phenomenon in uranium—a much smaller and less liquid market, potentially creating a more dramatic effect should inflows accelerate. Long-time readers of this site will remember that I have a sweet spot for Uranium. I wrote about it back in 2019 but sold out during the first quarter of 2020 as the global equity markets collapsed and better opportunities presented themselves. At the time, the thesis, while directionally accurate, didn’t pan out as the supply deficit was insufficient to overcome above-ground stockpiles, capping price discovery. 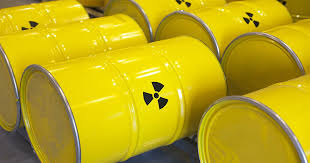 In the year and change since I sold out, the overall supply deficit has continued to increase, while above-ground stockpiles have continued to be consumed. While uranium aficionados like to fixate on calculating the current deficit to the nearest decimal, for the sake of this post, let’s use some VERY broad numbers. The world is producing roughly 125 million pounds from primary mining, 25 million pounds from secondary sources and consuming roughly 180 million pounds, for an overall deficit of 30 million pounds a year. This deficit will only increase in future years, as additional reactors come online. If you want to quibble with my numbers, quibble away. I know I’m off by a few million pounds, but so is everyone else. No one really knows the true numbers—which is what makes commodity markets so fascinating in the first place. All that matters is that there is a deficit, it’s a big percentage of total production, new mines are not coming online at current prices and existing mines have had years of under-investment—hence production should continue to trail off without new investment.

How large are the above-ground stockpiles? No one knows. All we know is that they’re drawing down rapidly and outside of government entities, most of the stockpiles are spoken for by utilities, which are using their uranium to fabricate finished products for their reactors. However, a new class of investors has entered the market and they’ve completely upended the equilibrium. 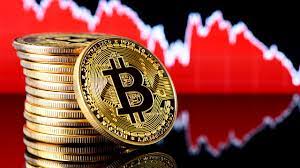 Remember, GBTC?? I remember it quite fondly. What if I told you there’s another entity doing the same thing in uranium, but it is cornering the free float at a rate that makes the boys at GBTC look like amateurs? What if the free float is organically shrinking due to the supply deficit? What will happen as institutional investors jam themselves into a far smaller market? Fukit, who cares? Someone intends to conduct this science experiment; consequences be damned. Importantly, this entity is using an At The Market offering (ATM). Hence, it immediately produces free trading shares; increasing trading volume far more rapidly than GBTC with its 6-month hold—making acquisition by institutional investors possible and driving adoption. Basically, it’s GBTC 2.0—issue shares to buy product. Every day. Relentlessly. Except, against a smaller and shrinking asset class.

Remember, no one ever needs a bitcoin. Everyone who is long Bitcoin is a potential seller and on the way up, they’ll all eventually sell. Uranium is different—almost everyone who owns uranium today, owns it because they intend to consume it in their reactors—these owners are all incremental buyers going forward. In a market with a deficit, they’re all implicitly short uranium. With an entity buying up the free float, they’re going to get squeezed. We all know how squeezes work, but I don’t know of any similar scenario where the squeeze was as aggressive or blatant. The utilities are blissfully unaware, they’re eventually going to panic and pay any price for uranium as a reactor that runs out of uranium is just an expensive paperweight. 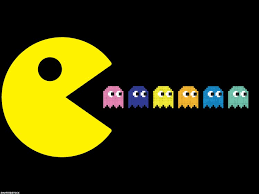 Sprott Physical Uranium Trust commonly known as SPUT (U-U – Canada), is the entity that has upended the uranium market. Since launching its ATM 13 days ago, it has acquired 2.7 million pounds of uranium. This is an average daily rate in excess of 200,000 pounds or roughly a third of global production on an annual basis. If GBTC is the roadmap to follow, as the price of uranium begins to appreciate, the inflows into the trust should accelerate. Interestingly, there are plenty of other entities also purchasing physical uranium, uranium that utilities were counting on for their future needs. The squeeze is on.

As expected, the utilities are blissfully unaware. Surprised?? I’m not. Utilities are quasi-governmental agencies, managed by the types of fukwits who’d work at your local DMV, except they enjoy stock options. The fact that they’ve ignored the coming squeeze shouldn’t be surprising. Inevitably, they’ll demand rate increases to buy back this uranium–it’s not their money anyway. This is your bid at some point in the future.

We’ve been chatting about SPUT cornering the uranium market for 2 weeks already in the KEDM Discord channel. Join now at KEDM.COM

Commodities are determined by supply and demand. Uranium is a small market at roughly $6.3 billion in annual consumption (180 million pounds at $35/lb). SPUT has raised approximately $85 million in the 13 days since the ATM went live. It’s hoovering up supply and is already struggling to procure pounds, as shown by their increasing cash balance—cash that they’re legally forced to spend. Something is going to give here, and I suspect it’s the price of uranium.

In any case, when I saw the rate at which SPUT was issuing shares, I legged into a rather large pile of SPUT. I’m also long a few producers along with some juniors for extra kick. (Please don’t ask me which—if I wanted to name them, I would have). Uranium just broke out to 5-year highs. New highs bring in publicity, which often brings in new buyers and the cycle repeats. I like buying new highs from a big base—especially with SPUT out there playing Pac-Man. I pulled back my exposure all summer as I was awaiting something interesting. I don’t think I’ll see anything better than uranium for a while. Let’s just say that I’m suddenly back to being VERY fully invested.

Disclosure: Funds that I control are long SPUT and various other uranium related entities