Will ESG Create The Next Lehman Moment…???

When The Levee Breaks…

Don’t it make you feel bad
When you’re tryin’ to find your way home
You don’t know which way to go?
If you’re goin’ down south
They got no work to do
If you’re going down to Chicago.

To a man with a hammer, every problem looks like a nail. To the Federal Reserve, every problem is met with more liquidity. Unfortunately, the Fed has very little control of where this liquidity goes. First, it went into equity markets, fueling an outright equity bubble. Then it overflowed into PE and VC, creating bubblicious demons there as well. Then it overflowed into meme stonks and shit-coins. Not content with the damage they wrought on the financial economy, the liquidity began overflowing into the real economy. There’s currently an epic housing bubble, leading to increasing wealth inequality and polarization.

Now, this liquidity is overflowing into the everyday economy—assuming you can even find the item you seek. In the past, only hard money weirdos complained about the gradual creep of inflation—now everyone feels it and has their own story. Everyone is painfully aware that inflation is present and is likely to stay. 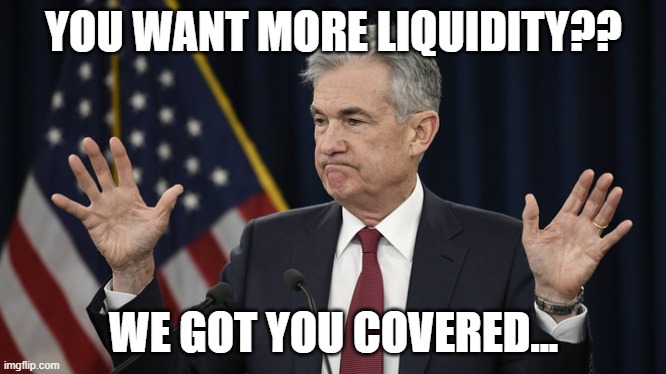 Coincidentally, this is all happening at a time when the government is actively destroying the normal supply response to higher pricing. You want more labor? Nope, there’s stimmies. You want to keep your existing employees? Nope, anyone un-vaxed must quit. You want to add a facility? Nope, permits take years. You want to finance growth? Nope, they only finance ESG projects. The free market is an interplay of supply and demand. If you restrict supply and stimulate demand, eventually pricing responds.

For the past few months, I’ve been joking that the Fed will keep going until something breaks. Of course, in the Fed’s jaded minds, they’re worrying about the left tail (downside equity risk) and they’re continuing to flood the market with liquidity. What if the Fed is now the cause of the left tail risk? What if the right tail (parabolic upside commodity action) caused by this liquidity is what actually breaks the market? What if the Fed has finally added too much liquidity? Maybe the levee is going to break. 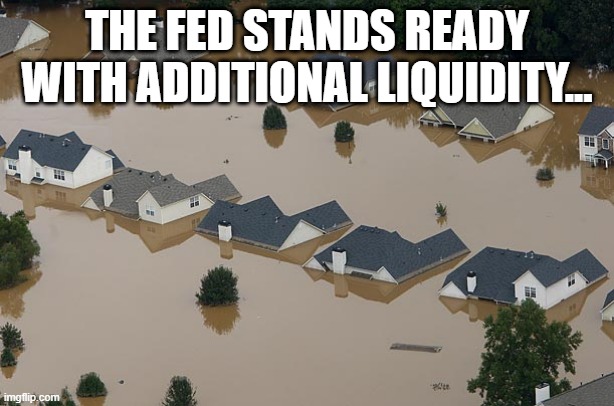 Back in June, I wrote about how ESG = Energy Stops Growing. It’s already starting to play out. Look at what European electricity prices are doing. Now assume this happens to gasoline and diesel. Consider what happens if it is a cold winter. Could natural gas go crazy? Propane. Ethane. Heating Oil. They’re all waking up. These are the feedstocks for everything in our lives. The whole periodic table is going mental. There’s even food inflation—the sort of inflation that gets very political. The inflation is everywhere that the government gets in the way of supply while increasing demand.

After decades of irrelevance, inflation is about to matter again. Energy is the big dog, but wage growth is also here to stay—it will impact margins and eventually get imputed into earnings multiples. There will be plenty of other areas with inflation as the government continues to meddle in the supply response. Equity multiples do not do well when inflation roars, particularly if the starting point is as extremely overvalued as it is today.

I’m the “Project Zimbabwe” guy, but I also believe in Kevin Muir’s “Rolling Bubbles.” The history of financial markets is that once a bubble peaks, it rarely reflates. Could the bubble in duration assets (like high-multiple tech and Ponzi) finally be over? Could the bubble in inflation assets just be starting? Could the unwind of both historic extremes be unusually violent, as so much of the world’s capital is leaning the wrong direction? I know where I have my bets. I expect inflation assets to surprise to the upside, even as the bubble in duration bursts. I expect energy to be the proximate cause. Watch it closely. Demand is still recovering from Covid, yet energy prices are already at multi-year highs. There are air pockets where supply doesn’t exist at any price. These are the warning signs. Something wild is brewing. 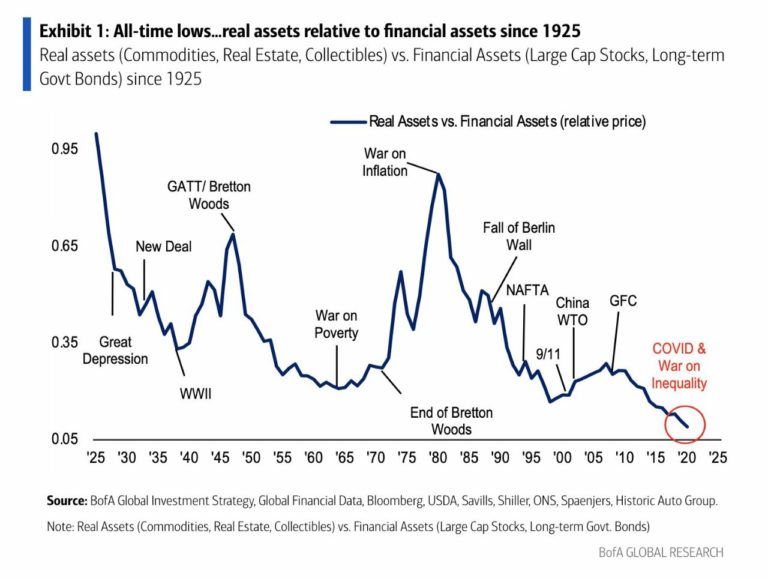 My friends at Capitalist Exploits had this chart in their most recent weekly (if you’re not a subscriber, I highly recommend it). Look’s overdue to mean revert.

This isn’t a call to get out of the markets tomorrow. This certainly isn’t a call to short anything. Rather, this is a call to re-evaluate your book. There’s a massive rotation underfoot here. As it gathers speed—I think it will surprise people.

A month ago, I reminded everyone that the Fed is a political animal. If inflation becomes a political issue, the Fed will be forced to act. Is anyone prepared for that?  What if they cannot fix the inflation? What if the politicians demand that they get aggressive as inflation overshoots? Will the Fed be forced into more extreme actions? This is the scenario that no one is contemplating—what if we should all be thinking about it??

Watch energy. It’s the lynchpin of everything else inflation related. As that roars, I expect duration to get mauled…