It’s about to get wild…

On Maxing Out Positions…

Will Risk Parity Blow Up…???

For four decades, the US stock market has traded up and to the right. During those brief moments of setback, treasuries rallied strongly. The fact that these two asset classes seemed to offset each other, creating a smoothed-out return profile, was not lost on certain fund managers who created portfolios comprised of the two. Then, to better market this portfolio to the sorts of institutional investors who cannot bear drawdowns, the overriding strategy was given the pseudo-intellectual sounding Risk Parity moniker. Over time, the reliability of Risk Parity funds has astonished most observers, especially after being tested by fire during the GFC. As a result, portfolio managers took the logical next step and added copious leverage—because in finance, when you do a back-test, every return stream works better with leverage. Naturally, as Risk Parity continued to produce returns, inflows bloated these funds. Risk Parity strategies, in one form or another, now dominate many institutional asset allocations. While everyone makes their sausage a bit differently, trillions in notional value are now managed using this strategy—long equities, long treasuries. Are they highly-leveraged time-bombs??

Taking a step back, it’s important to ask, what created this smooth stream of Risk Parity returns? Was it investor brilliance or was it a four-decade period of declining interest rates that systematically increased equity market multiples while reducing bond yields? What if all the sausage-making was just noise? This then brings out the next logical question; what happens if the rate cycle has now turned and we have an extended period of both increasing interest rates and declining equity market multiples? 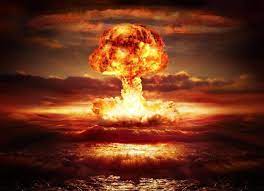 During the darkest Covid days of March 2020, I distinctly remember a few days where the equity market crashed along with treasuries. It was so highly unusual, that it was memorable. I kept saying to myself, “well, this is odd…” Later on, we learned that during the global margin call caused by Covid, multiple Risk Parity funds were forced to de-lever and sell both legs of their trade (dumping both equities and bonds). For the first time that I can remember, bonds did not act as the anticipated hedge to an equity market crack-up. They actually accelerated the crack-up as collateral values crashed.

When a strategy gets too crowded, particularly with excess leverage to augment returns, we often see that strategy act “funny” around stress-points. This is because when any large player gets into trouble, they de-gross, which starts a feedback loop, forcing someone else to get into trouble and also de-gross—it simply cascades. Fortunately for everyone, the Fed stepped in with unlimited liquidity. It turned out to be an excellent time to buy pretty much anything with a CUSIP. However, that week in March should have been a wakeup call for everyone in the Risk Parity world. Instead, I suspect they’ve made a few small tweaks and continued with their prior strategy.

Join us at KEDM.COM and never miss another Event-Driven opportunity…

For some time, I have been very clear that the disinflation cycle has been turning. Sure, I was a bit early, and the cycle overshot my wildest expectations. However, that’s how tops get made. Now, with each passing day, complete with new and bizarre forms of price inflation, it is increasingly obvious that the multi-decade disinflationary cycle has turned. We’re barely into the first innings and supply chains are breaking, while prices are soaring. Just wait until the Global Central Planners really get going with their “fixes” which will naturally accentuate the inflationary pressures. This will get nasty for many risk assets and their valuations will come in—at a time when treasuries also sell off due to inflationary pressures. I don’t think most Risk Parity portfolios are ready for what’s coming. 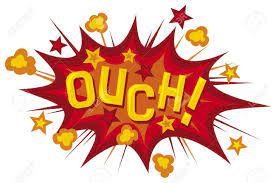 The Risk Parity sell-off of March 2020 was the warning that everyone should have paid attention to. Now, once again, bonds are getting wobbly while equities are also acting heavy. Some of the nastiest days over the past month were on days when both equities and treasuries sold off at the same time. Inflation expectations are starting to get priced into the markets—gradually, then suddenly.

What if the Fed is not there to backstop the Risk Parity funds? What if the Fed is forced to tackle a failed energy policy that was mangled by ESG? A 60/40 portfolio can suffer through bad periods if it isn’t levered. Put some leverage on that and watch out. Ever since March 2020, I’ve been convinced that these Risk Parity funds will blow up spectacularly with any rise in inflation expectations, as both legs of the trade get shredded. It’s getting closer to game-time on that theory. I’m not saying that this is a tomorrow sort of thing, maybe it takes a few quarters, but I think we’re well into the death-rattle stage for Risk Parity strategies. When something that is this widely adopted blows up, it tends to blow up spectacularly. I suspect this will get wild.