On Maxing Out Positions…

A few weeks back, I had dinner with a close friend. Naturally, our conversation turned to the markets.

Friend: Kuppy, you need to be careful with those 2025 oil calls. If oil spikes to $200 in 2023, it’s going to take the global economy down with it. You could end up timing it wrong by going out that far in duration.

Me: Haha. You’re kidding yourself. You don’t think they’ll use gas stimmys??

Me: Of course. It’s inevitable. They’ll give out stimmys to anyone who consumes gasoline. Maybe they won’t give stimmys to hedgies like us, but they’ll make sure everyone else qualifies. Wouldn’t it be hilarious if oil demand actually increased as the price goes past $200??

Friend: Wait!! You think they’ll do that??

Me: Have you been paying attention lately?? They locked down the world over some germs. Two years later, they still mandate people wearing diapers on their faces. They wrecked small businesses by giving stimmys and effectively outbidding for labor, despite everyone complaining about lack of labor. These fukwits shut down pipelines and then cried to the Saudis when the price of oil went up. They literally do not comprehend cause and effect. Oil stimmys?? Literally paying people to consume more oil?? C’mon, this is the 2020’s and nothing about economic policy is supposed to make sense anymore. Of course, they’ll respond when the peasants complain about the price of oil.

Friend: So, you’re saying that the higher oil goes, the higher demand goes?

Me: Sure. Why not? They’ve literally re-written the laws of economics. While they’re restricting supply, they’ll also increase demand. Heck, they’ll probably tax the oil companies for “excess profits” along the way. These people are insane.

Friend: So, you’re saying the government will subsidize those $100 strike calls once they get deep in the money??

Me: Haha. Of course. Those things are a gimme… 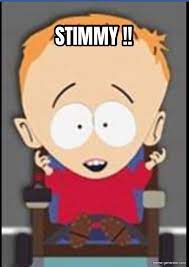 Look, I don’t know what will happen. However, I cannot see how the ESG crowd can focus on creating an energy crisis, while not at least pretending to help the plebs. Investors are looking at a world based on prior constructs, mean-reverting cycles, where governments were constricted by spending limits, where there were unspoken rules and principles of economics. What if supply and demand no longer drive price discovery? When the government has a printing press, these ancient laws become obsolete. Do not trap yourself in prior precedents. Economic history is being re-written in real time. During “Project Zimbabwe” it’s important to assume that the impossible is now probable. Nothing will stop the money printing and asset inflation—once a country gets on the hamster wheel, the only option is to spin it faster. If anything, higher oil prices are yet another excuse to print faster. If it invalidates all recent history, so be it. Long-dated, OTM right-tail volatility remains the most mis-priced asset class on my screen. I’m using this pullback to add to my 2025 oil calls. Fortunately, I have large Event-Driven gains to re-allocate…