I’ve never thought of participating in shareholder activism. I mean, if you don’t like how a business is going, why invest in it? I’m too busy with life to go out there picking fights. Besides, a surprising amount of activism seems to end in disappointment—particularly as the company uses your capital to fight against you. Therefore, I found it somewhat surreal that for the first time in my career, I actually got involved in shareholder activism this week. However, I wasn’t looking to make any changes at the company—the company is doing phenomenally well. Instead, I was concerned that its board was a bit slow in rejecting an obviously low-ball takeover bid. I wanted to make it clear that I would not vote for a takeover at anywhere near the proposed price, especially at a company with so much upside potential. Fortunately, the day after my letter, the board fulfilled their fiduciary duty and formally rejected the bid.

Long-time readers of this site know that I am primarily an inflection investor. I find an unnoticed inflection in some depressed and forgotten sector, I clasp onto it and won’t let go until either I get a multi-bagger, or the inflection fades out. My four core themes currently are oil, uranium, US housing and global newspapers. Wait!? Newspapers?? Kuppy, have you gone mad??

Over the next few posts, I want to explain why I’m so bullish on newspapers and why I think the market is missing out on one of the most exciting inflections I’ve found in my career. You see, newspapers are evolving. It only took about two decades, but newspapers have finally embraced the digital world. For most of my adult life, newspapers gave the product away for free on a website and then wondered why they couldn’t sell as many copies of the print product. They were literally competing with themselves, and it made no business sense. As a result, newspapers were slowly dying.

Facing insolvency, most newspapers accepted the inevitable and began to slowly transition into digital first businesses. This started with convincing readers to pay for digital subscriptions—which was quite difficult at first. With paywalls in place, newspapers have played with various tools to increase subscriber uptake. Every paper has gone through this process differently with different results, but the overall trend is that digital subscriber numbers globally are now going parabolic. In fact, many global newspapers are growing their recurring digital subscriber counts at rates that would make most SAAS companies blush. As you can imagine, at a digital subscription business, incremental subscriber revenues have almost 100% margins. This revenue is quite lucrative. 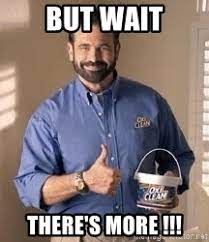 As subscriber counts grow, so does the potential of advertising. If you have more subscribers, you can sell more advertising. Therefore, growing the number of paid subscribers is key to everything else. Today, most publicly traded newspapers are businesses with tens of millions of unique users that are just figuring out digital monetization. They remind me a lot of Facebook (FB – USA) a decade ago, right before they also figured out monetization. The paywall is step one, advertising is step two, upsells and additional product are step three. Control the eyeballs and you ultimately control a lot of high margin revenue. All of this is in progress, yet these businesses trade at silly cheap multiples—especially when compared to any other rapidly growing digital subscription business.

Oddly, investors have missed this dramatic transformation. On one hand, this sort of makes sense. For years, this rapidly growing digital revenue never really mattered to the bottom line, as it was insignificant when compared to the much larger yet shrinking print business. However, with digital’s rapid growth, the two lines are crossing. Suddenly, these newspaper businesses have stopped shrinking. At long last, the digital business growth has overtaken the decline in print. I know it sounds incongruous, but many newspapers are now growing total revenue for the first time in years. I’m not sure when the market will wake up to this, but I suspect it will and when it does, there will be a rather dramatic re-rating of these companies.

At the same time, social trends are in favor of this trend continuing. Why is local and regional news consumption accelerating?? That should be obvious. Have you turned on the national news? It’s not journalism, it’s just conspiracy theories and partisan nonsense. I’m an avid consumer of Twitter, but there’s hardly any local content there. In the end, people want to know what’s going on around them, especially in smaller markets with a greater sense of community. People across the globe just spent two generations focused on becoming increasingly global. Now, globalism is going in reverse. We’re all turning inwards with regional issues taking precedence. I don’t see this trend slowing. If anything, it is accelerating.

A few months back, right after Q2 earnings were released, I broke with tradition over at KEDM.COM—instead of covering macro or Event-Driven trades, I just plowed into the stunningly strong results at various newspaper companies. I was so astonished by the numbers; I couldn’t help myself. Lifting directly from the August 7 issue:

As Q3 subscriber numbers come out, the results remain strong for almost all newspaper groups that are focused on this digital transition. As usual, a slowly shrinking print business is hiding this digital growth, but within a few quarters, if this digital growth continues, it will overtake the print business and overall revenues should accelerate. More importantly, most digital subscribers are currently paying introductory rates. As a result, there’s huge pricing power in these subscription rates. There’s huge upside in advertising. There’s huge potential to better monetize the newspapers by selling products. Follow the subscriber counts and keep track of which management teams are experimenting successfully with monetization. There are big wins and quite a few misses across the space. However, the numbers across the board are amazing and that’s despite newspapers lapping one of the strongest news cycles of my lifetime (covid/covid economic crash/riots/elections/etc.). Even during a bland news cycle during Q3, subscriber growth is still accelerating, meaning that this digital news consumption trend has far deeper social roots. People suddenly want to know what’s happening locally.

Importantly for this narrative, Lee Enterprises (LEE – USA), which I filed my 13D on, had shockingly strong Q4 results yesterday, with 65% digital subscriber growth and 37% digital revenue growth. More importantly, digital grew to now represent 34% of total revenue and likely near half of EBITDA. As I write this, LEE shares are at $29, which makes me damn glad they didn’t sell out at $24. If the digital business keeps playing out like it has been, LEE will probably be worth a few hundred a share.

However, despite the huge digital growth, the market still seems focused on the hostile offer, not the economics at play. To me, this spells opportunity… (To Be Continued)

Disclosure: Funds that I control have investments in DALN, GCI, LEE, NZM AU