In Defense Of Housing…

Despite centuries of study, no one really knows what causes inflation. While it tends to show up during periods with excessive money printing and large fiscal deficits, sometimes such periods have not witnessed inflation. No one knows why it shows up when it does, and every inflation seems to be different—making the study of inflation difficult. However, at the base level, inflation is caused by too much demand chasing too few resources. Let’s talk about today’s inflation.

Join us at KEDM.COM and never miss another Event-Driven opportunity…

You see, the current inflation is unique in that it is being driven by a lack of supply. There’s not enough oil, wheat, housing, automobiles, semiconductors and labor. Normally, when there is a shortage, entrepreneurs will scramble to add supply and fix the shortage, or in the case of labor, invest in productivity. However, when the government maliciously gets in the way of adding supply, you end up with accelerating prices as consumers pay up for scarce resources—which is where we are today.

We all know that the Fed has a mandate to keep inflation in check. Despite all their hedonic adjustments, it is obvious to everyone that inflation is screaming out of control. What isn’t obvious is how the Fed is supposed to fix this. In an ideal world, the government would work to alleviate the bottlenecks to new supply. Instead, Biden seems fixated on creating an energy crisis and energy is at the root of much of the current inflation. Meanwhile, the supply chain is a mess because the government handed out stimmys and told people not to work. Housing is in shortage because many communities have restricted development. Fertilizer is in shortage due to a lack of permits for new supply. The problems are all self-inflicted. We need our government to alleviate the bottlenecks, yet they militantly seem fixated on making them worse. 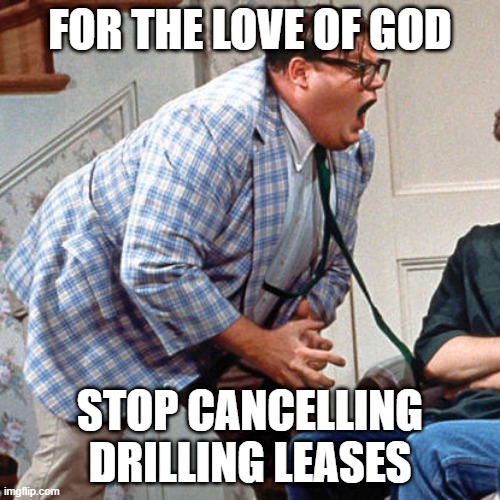 Meanwhile, we act like the Fed can magically solve the inflation problem. Unfortunately, the Fed is not capable of solving an inflationary problem caused by the government restricting supply, though they will try anyway.

As the Fed is powerless to fix the supply side, they instead intend to reduce the demand side of the equation. Unfortunately, the Fed only has two rather blunt weapons at their disposal. They can use QT, but that mostly impacts financial asset values, or they can increase interest rates. Neither tool will change the price of wheat or oil. These are basic commodities that are tied to global supply and demand, their demand is rather inelastic, and years of underinvestment have led to reduced supply. The quantity of wheat will not respond to interest rates and people are not going to go without food. The Fed may be able to raise rates to the point where it creates a recession, but it won’t increase the production of oil if Biden keeps cancelling leases. As a result, the Fed’s plan will not work.

At the same time, the Fed is a political animal. They respond to congress and congress is demanding that they “do something!!” Therefore, the Fed will use their two blunt weapons. Oddly, it’s quite possible that by raising the cost of capital, they will defer investment in new supply and exacerbate the shortages. 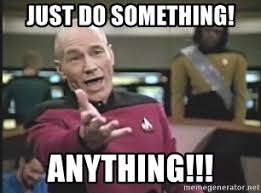 Ever since Paul Volcker, the Fed has had a far more active role in the economic cycle. The history of recent rate cycles is that the Fed raises rates until they break something, then they panic and reduce rates. We’re two hikes into this cycle and stuff is already starting to break. While recent Fed commentary would lead you to believe that they’ll keep raising rates until oil rolls over, financial system be dammed, I think the Fed is smarter than that. They know that these commodities are out of their hands.

The Federal Reserve works for Blackrock, Private Equity and the Investment Banks (not necessarily in that order). They don’t intend to crash the market. Their heart is in creating asset bubbles—they were still doing QE a few weeks ago. They intend to raise rates just enough to get congress to panic about asset prices, then the Fed can take a pause and “see what happens.” Given the number of markets that are breaking, we are likely approaching the point where they take that pause. Everything they say is just bluster. They can’t fix the price of oil and they don’t intend to try. In the end, they’ll just blame it on Putin, hedonically adjust it and say that there’s no inflation anymore. Sometime soon, people will realize that Powell is no Volcker, then commodities will scream out of control. 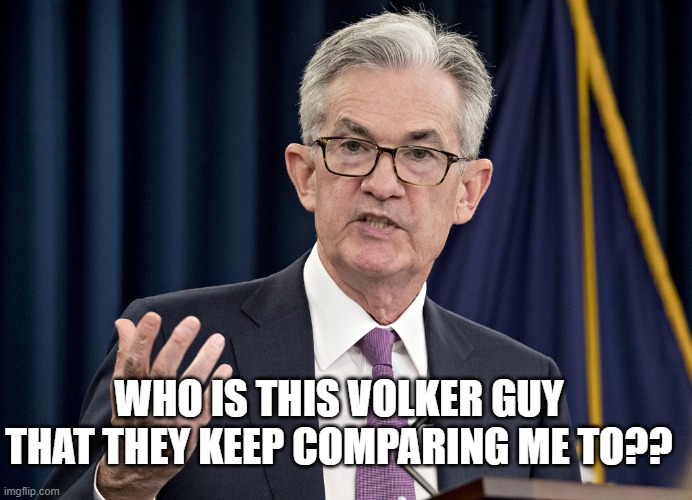 We’re still midway through the pause in “Project Zimbabwe,” but we’re almost to the other side. We’re already into the rotation. Tech is trash—it’s not coming back. We’re in the early innings of a hard asset up-cycle now. Look for the commodities that cannot even seem to pull back. Look at the cyclical industries that are not skipping a beat. Those are the ones that will lead this next bull market—especially as the government has told you that they won’t allow new supply. Normally, cyclical industries have pricing power for a few quarters each decade. What if they have pricing power for the next two decades?? A lot of companies trade for three or five times supposedly “peak earnings.” What if those earnings levels are the new baseline and we see peaks that are far in excess of today’s levels?? These supposedly cyclical businesses are where this decade’s multi-baggers will be. The mild pullbacks over the past few weeks may be as good as it gets in terms of a chance to load up on cyclicals and I have been rather active on the buying side. All this recession talk is nonsense. The Fed isn’t going to blow up the economy.